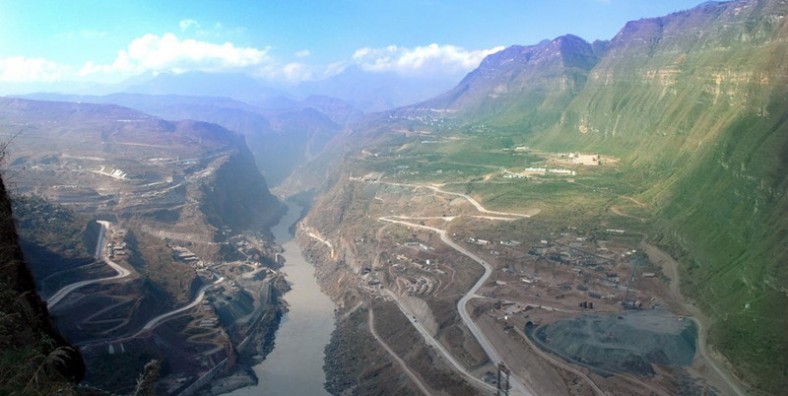 The 13.86GW Xiluodu hydroelectric power plant on Jinsha Jiang River, China, was inaugurated in September 2013. It was fully operational in June 2014, becoming the world’s third biggest hydroelectric power plant. The project includes a dam, an underground power-generation unit and a flood discharge structure. It is mainly developed for power generation, and sediment and flood control while also improving the downstream navigation of the river. Xiluodu power plant offsets approximately 150m tonnes of carbon dioxide emissions a year. It reduces the consumption of 41 million tonnes of coal for electricity generation. However, the project displaced approximately 180,000 people.

The Xiluodu Dam is located on the Jinsha (Upper Yangtze) River as it exits the mountainous region of the Hengduan Mountains and Yungui Plateau and enters the Sichuan Basin. This part of the Jinsha flows between the Daliang Mountains in Sichuan on the left (northwest) bank, and the Wulian Feng in Yunnan on the right (southeast) bank. The Jinsha falls to an elevation of 400 m (1,300 ft) above sea level here while mountains rise more than 2,000 m (6,600 ft) above the Jinsha on either side.

The Xiluodu Dam is an arch dam on the Jinsha River, i.e. the upper course of the Yangtze in China. It is located near the town of Xiluodu in Yongshan County of Yunnan Province but the dam straddles into Leibo County of Sichuan Province on the opposite side of the river. The primary purpose of the dam is hydroelectric power generation and its power station has an installed capacity of 13,860 MW. Additionally, the dam provides for flood control, silt control and its regulated water releases are intended to improve navigation downstream. Construction on the dam and power station began in 2005 and the first generator was commissioned in 2013, the last in 2014. It is operated by China Yangtze Power and is currently the third-largest power station with the fourth-tallest dam in the world. 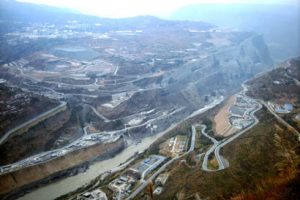 The Xiluodu power plant generates roughly 64TWh of power a year. The power is transmitted via the Xiluodu-Zhejiang and Xiluodu-Guangdong overhead transmission lines.

The Xiluodu-Guangdong HVDC project is a double 500-kV bipole system with a transmission capacity of 6,400MW. The power is transferred from Zhaotong station in Xiluodo to Conghua station in Guangdong via 1,286km-long transmission line.