China’s winter sports industry has gotten back on its feet despite last year’s blow from the COVID-19 pandemic, and things are beginning to warm up, especially in Zhangjiakou and Beijing, both host cities of 2022 Winter Olympic Games.

With the Games approaching, the country is experiencing increased enthusiasm for skiing. In downtown Beijing, local residents can try skiing, biathlon and floor curling at home thanks to a special event hosted last month.

Chinese President Xi Jinping is not falling behind. For two consecutive days, he inspected preparatory work for the Games in the two host cities.

He arrived in the city on Tuesday by the recently launched Beijing-Zhangjiakou high-speed rail. The new line aims to shorten travel time between the two host cities from over three hours to just 47 minutes.

During Xi’s Monday visit to Yanqing District of Beijing, he underscored the Olympic Games’ role in developing China’s winter sports.

The foundation of building a sporting powerhouse lies in mass sports, the Chinese president said at the National Alpine Skiing Center. 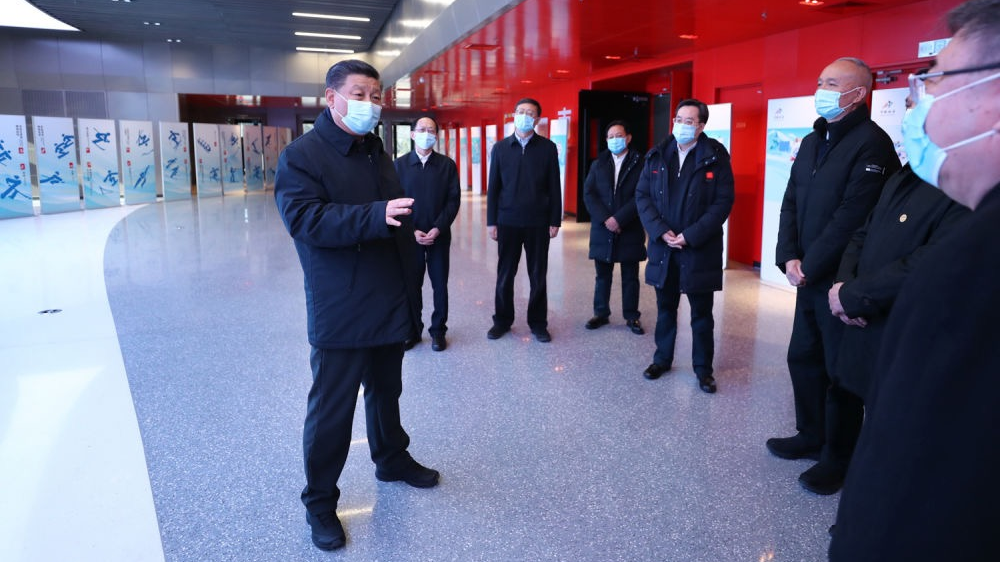 Xi called for the development of China’s winter sports, especially snow sports, as well as better promoting winter sports among 300 million people. He also expressed hopes that hosting the Beijing Winter Olympics would contribute to China’s goal of becoming a global sporting power.

At the Capital Gymnasium, athletes and coaches of China’s national figure skating and short-track speed skating teams told Xi about their preparations for Beijing 2022 and expressed confidence in winning gold medals.

Xi noted he was grateful for seeing that the preparations for Beijing 2022 are well underway and that the athletes’ training is producing obvious results. He also expressed confidence that the 2022 winter sports extravaganza will be a success.

The Capital Gymnasium will host the figure skating and short-track speed skating events, while the National Alpine Skiing Center will stage the Alpine skiing events.

A total of 25 competition and non-competition venues, located both in Beijing and Zhangjiakou, will be used during the Games.

According to the Olympic Park Management Committee, the Winter Olympic Village is expected to be completed by June this year.

(With input from Xinhua)