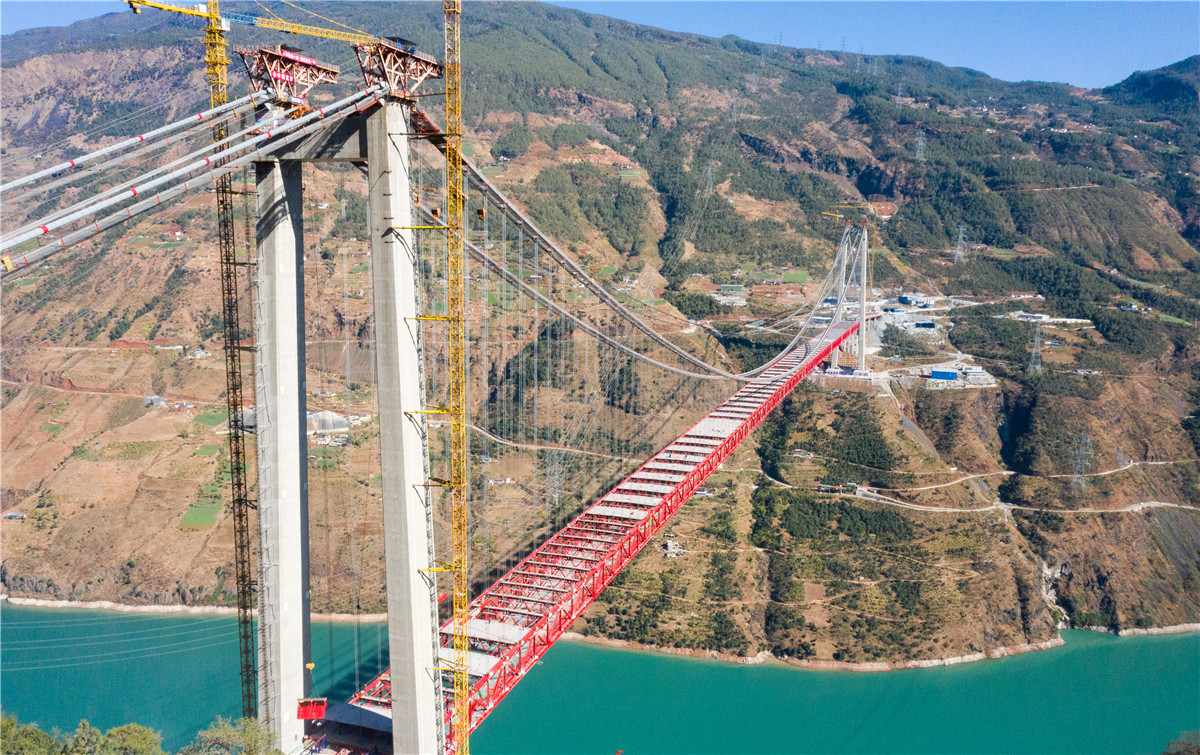 The construction of the steel truss suspension bridge, an important part of the Huaping-Lijiang Expressway project, was made with highly technical difficulty due to the area’s high earthquake risk and high altitude.

The main span of the bridge is 1,386 meters, and the vertical difference between the bridge surface and the river’s surface in the valley below is 330 meters. 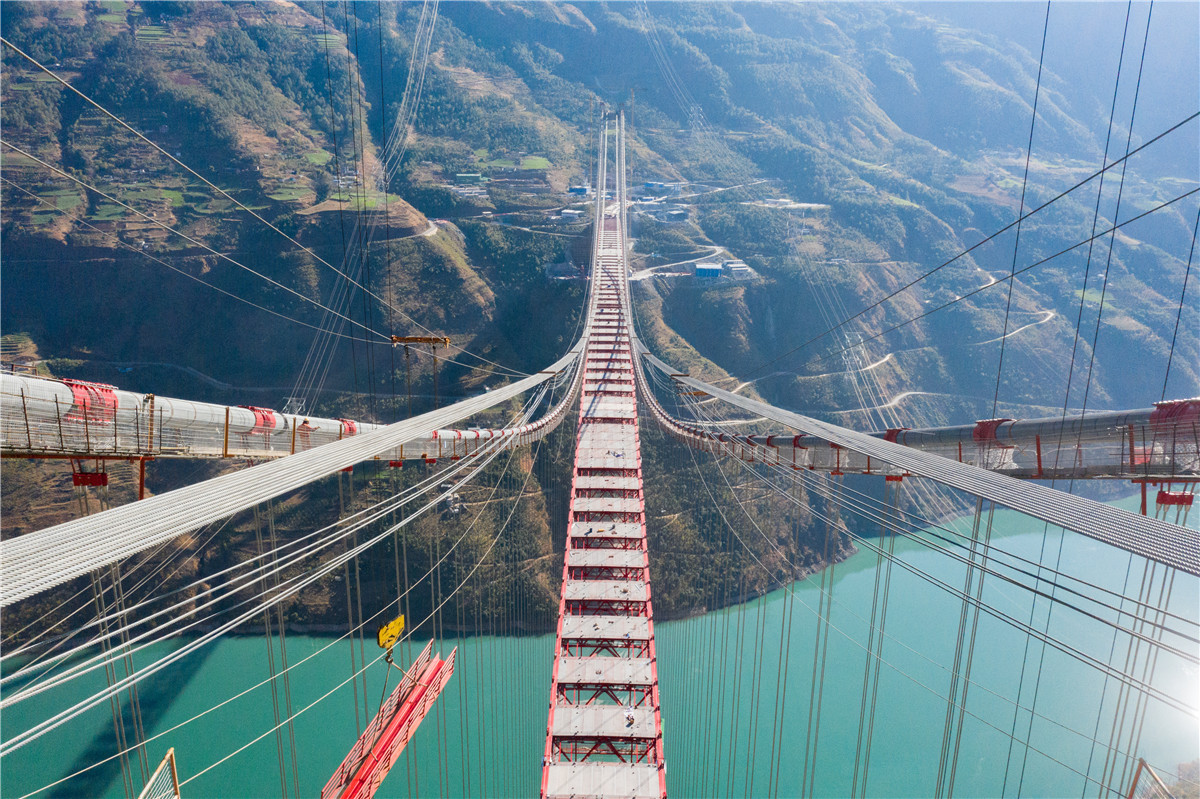 The cable crane has a span of more than 1,000 meters, which is the world’s largest cable crane for mountain bridge construction.

It is reported that after the project is completed, it will fill the gaps in the east-west layout of the expressway networks in Lijiang city and Panzhihua city, making travel between Yunnan and Sichuan more convenient, and at the same time promoting the export of industrial crops and tourism in Lijiang.

During bridge construction the team faced many difficulties, according to the project leader from the Second Harbor Engineering Company.

The construction site is located in a canyon, with high wind speeds, which posed great safety challenges to build the superstructure. The team used a centralized control system to monitor variables at any time to ensure safe construction at every step. 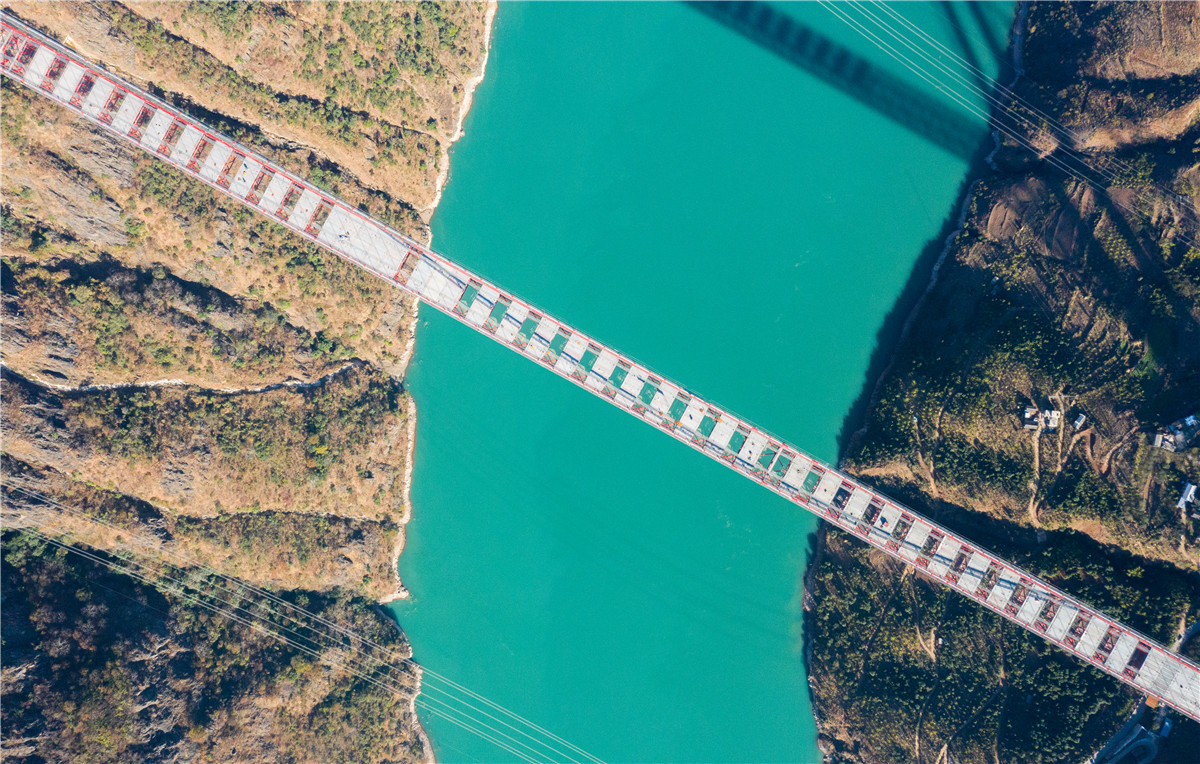