Jinghong Attractions are mainly located in the downtown area or not far away from the city, such as  Xishuangbanna Primeval Forest Park, Manting Park, Xishuangbanna Folk Custom Garden, Peacock Lake, Wild Elephant Valley, Xishuangbanna Tropical Flower Garden, etc. As a bright pearl on the southeastern border of China, Jinghong attracts tens of thousands of tourists both from home and abroad every year with its rich ethnic folklore, beautiful mythical tales, ancient Hinayana Buddhism and tropical scenery, as well as the scenery along the Mekong River and the ethnic villages in Jinghong are also worth to visit.

As for the following top attractions in Jinghong, Xishuangbanna Primeval Forest Park is the best place to have an in-depth exploration of the rain forest, moreover, you will see flocks of peacocks in the Primeval Forest Park ; Xishuangbanna Tropical Flowers & Plants Garden is the right site to learn about the biological diversity and tropical plants; Manting Park and Zongfosi Temple offer you opportunity to have a site-experience of the ancient Dai palace and Dai Buddhism culture; last but not the least, don't forget the Wild Elephant Valley where you can have close contact with the cute Asian elephants.

The Dai people follow their traditional religion as well as Theravada Buddhism, and almost every Dai village has its own small temple built in the village site, with some large and popular ones in designated places. The temples and pagodas were built and decorated in unique style. Dai Buddhist pagodas differ considerably from the corresponding pagodas of Han Chinese and Tibetan-Chinese areas.  The Dai people exercise the religion sacrifices and activities in the temples and pagodas. If you want to know about the Theravada Buddhism and the architecture art of Dai temples and pagodas, you shouldn’t miss the visit to the temples in Jinghong, particularly the Zongfosi Temple and Mengle Temple.

More about Temples in Jinghong

Although the majority of Dai populations believe in Theravada Buddhism, there is still a small group of them following the Islam. This small group of Dai people is called "Paxi Dai" in Dai language, which means Dai people belonging to Hui ethnic group. If you are interested in the "Paxi Dai" culture, you can join a Muslim Tours in Xishuangbanna or visit the mosques in Jinghong.

Read more about  Mosques in Jinghong

There are also mountains in Jinghong, including tea mountains. Some of them are suitable for climbing tour, such as Nanlian Mountian.

More about Mountians in Jinghong

Tea plantations in Xishuangbanna mainly located in Menghai County and Mengla County. However, Jinghong also has tea plantations. Joining the Puer Tea Culture Tours to XishuangBanna Tea Plantations, you will get to know more about the tea trees, experience tea-picking and making compressed tea.

More about Tea Plantations in Jinghong

City parks and gardens are places favored by local citizens to relax. Binjiang Park, Manting Park and Xishuangbanna Tropical Botanical Garden are the most popular ones.

Lakes and Ponds in Jinghong

More about Lakes and Ponds in Jinghong

More about Rivers in Jinghong 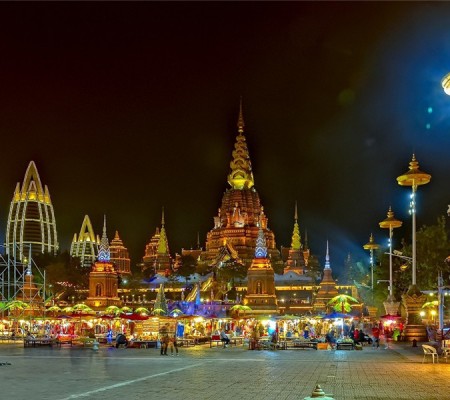 Gaozhuang Night Market in Jinghong City is one of the Best Tourist Attractions and Top Things to Do when travel to XishuangBanna, it introduces the main scenic spots, address,... 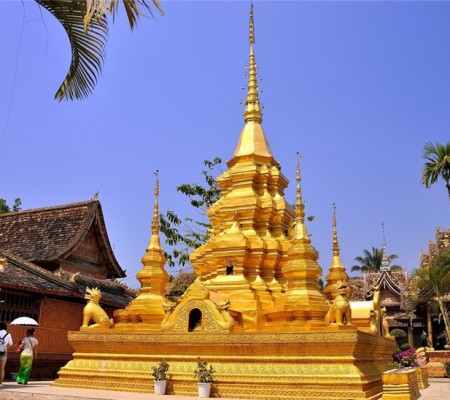 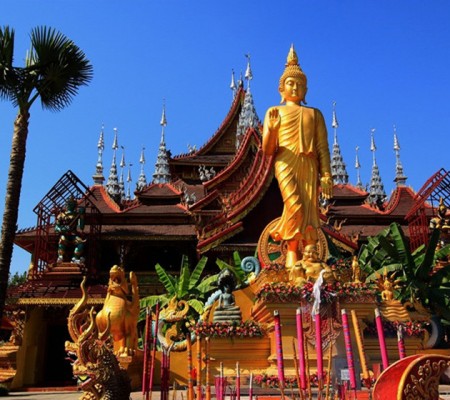 Manting Park Manting Park, also called Chunhuan Park,（Chinese name: 春欢公园 or 曼听公园） is the oldest garden in Xishuangbanna area, which covers an area of 23,540 square meters. It used to be the imperial... 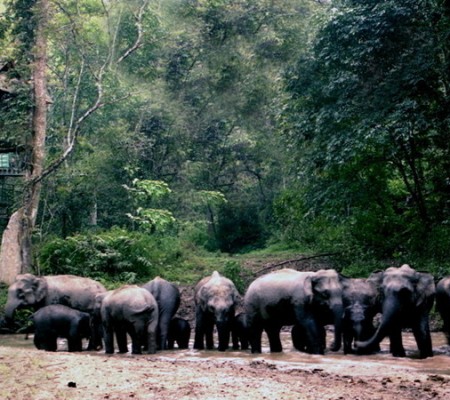 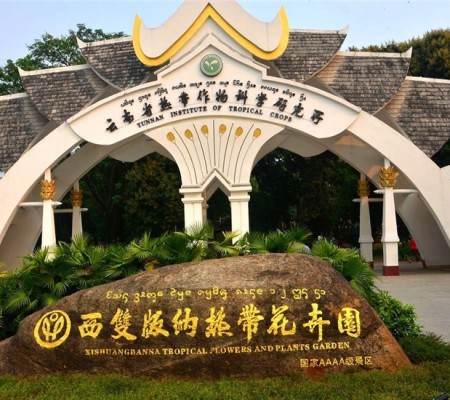 Tropical Flowers Garden Tropical Flower Garden is situated in downtown Jinghong City, occupies an area of about 80 hectares. This park once was the experimental field of Yunnan Tropical...

Zongfosi Temple Jinghong Zongfosi Temple is located in a big courtyard in Jinghong City, near the Manting Park. It is the center for Buddhists to pay reverence to Buddha,... 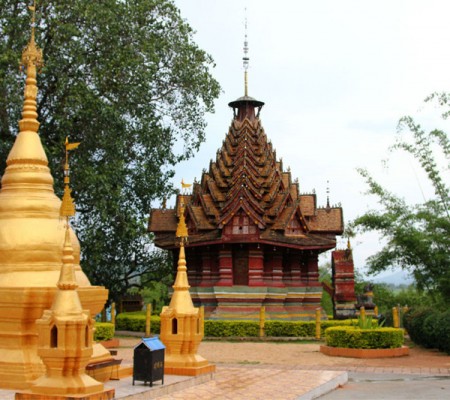 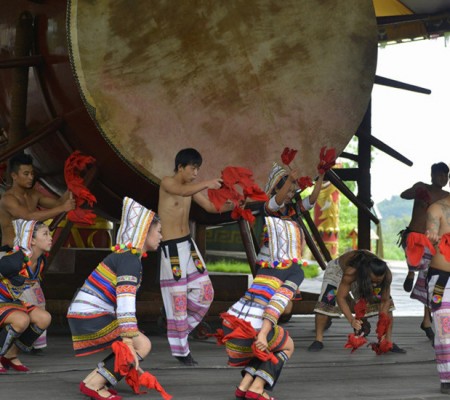 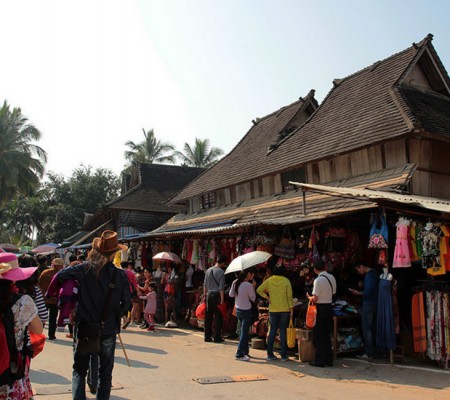 Ganlanba Dai Minority Park  Xishuangbanna Ganlanba (Olive Plain) in Jinghong City travel guide introduces the main attractions, entrance tickets booking, The best time to visit, How to Get there, the... 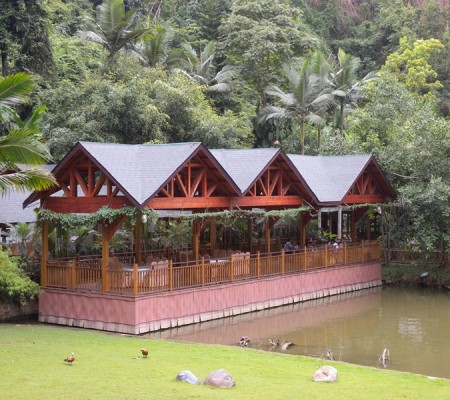 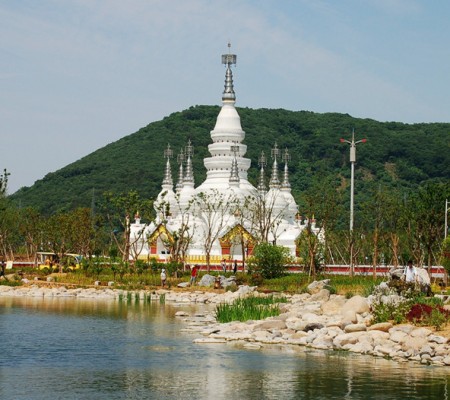 Xishuangbanna Manfeilong Pagoda in Jinghong City travel guide introduces the main attractions, entrance tickets booking, The best time to visit, How to Get there, the highlights, facts, history, photos,... 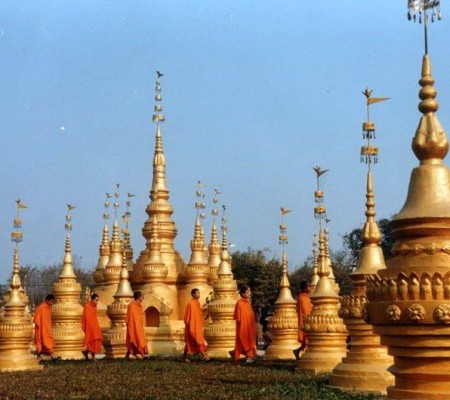 XishuangBanna Damenglong Scenic Area in Jinghong City travel guide introduces the main attractions, entrance tickets booking, The best time to visit, How to Get there, the highlights, facts, history,...