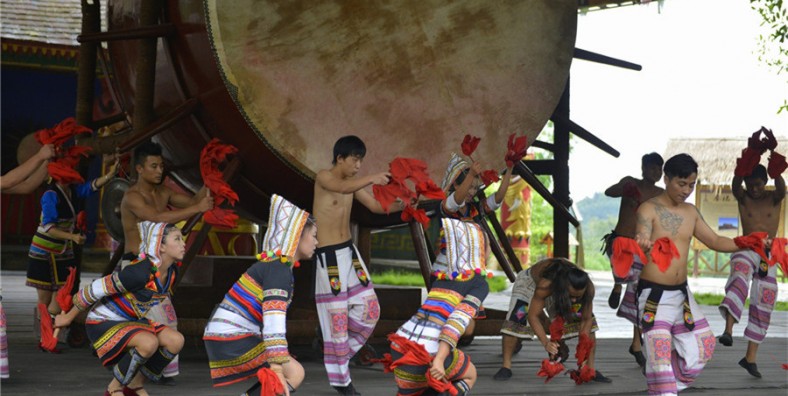 These Jinuo people primarily live in Jinuo Mountain, Jinghong City of Xishuangbanna, Yunnan Province, where the tropical mountainous area enjoys a warm climate and ample rainfall. They live in bamboo buildings hidden among green leaves. In their own language, Jinuo means “the ethnic group that respects the uncle”. The mountain villages are built on the top of the mountain or at half mountainside. Surrounded by the forest, it has unique tropical rainforest sights. Around is the national nature reserve, you can fall across various animals and hear the singing of birds when traveling in the mountain villages.

Why is Jinuo Mountain Village so special?

Jinuo Mountain Village is the traditional ethnic culture protection area of Xishuangbanna Prefecture. It is the essential window to learn more about Jinuo culture and also the only one place to show Jinuo culture through local performance. Jinuo Mountain is also the famous tea mountain.

Where is Jinuo Mountain Village?

Situated in Jinghong City popedom, Jinuo Mountain has a circumference of over 600 kilometers. As one of six mountain hills of Pu’er Tea, over 18,000 diligent and brave Jinuo people reside here.

How to Get to Jinuo Mountain Village? 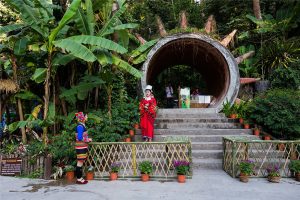 There are diverse fantastic performance and show of their local culture and traditional life style. Bapo Village is the heart of Jinuo Mountain Village. It is the integration of ethnic flavor, history and culture, costume and charming landscape. Travelers can view featured architecture, fantastic performance and traditional activities like the Drum Gate, Sacrifice Ceremony to Ancestors, Cloth-dyeing, Jinuo Culture Museum etc. Travelers can have a different feeling here. 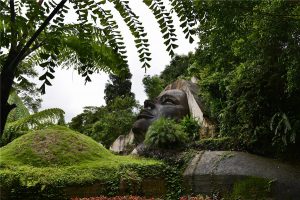