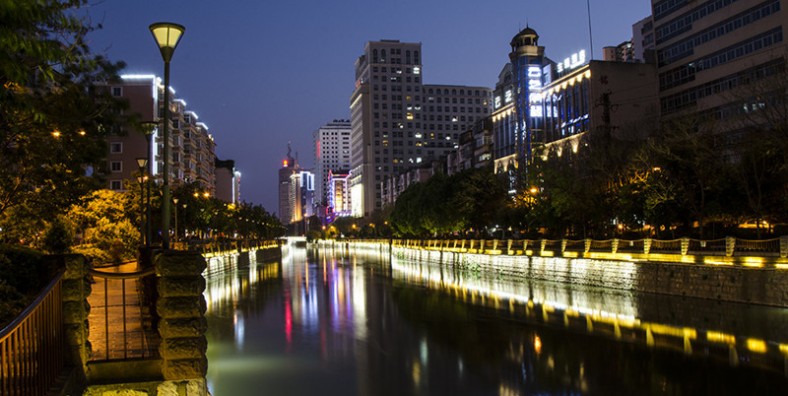 The Panlong River is in an urban river in Kunming City, Yunnan, China. It flows in the general north-to-south direction through the city’s Panlong, Wuhua and Guandu Districts, and enters the Dian Lake at 24.953732°N 102.686274°E.

The river receives a large quantity of municipal sewage and wastewater from industrial effluent.
The Panlong River of Kunming should not be confused with another, longer, river of the same name (also 盘龙江), which flows through south-eastern Yunnan and Vietnam, and enters the Red River.

The Importance of Panlong River

Panlong River is a wandering river, like a crouching dragon on the land of Kunming. The river starts from Liangwang Mountain in the west flows by Aziying and Lion Mountain, flows together with Lengshui River, turns into Songhua Basin, runs through Kunming from south to north, and finally flows into the Dianchi Lake.

Panlong River is one of the few rivers in Kunming, and it nourishes people at both banks. Panlong River nurtures the alpine pearl in southwest border of China, and it is our mother, the mother of Kunming. 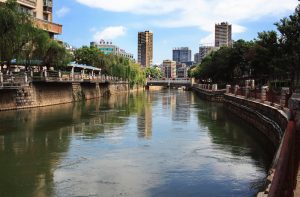 Linyu Bridge, the Most Historic Stone Bridge over the Panlong River, the Mother River of Kunming. After over 300 years, Linyu Bridge is as intact as before. It is said that Kunming had a drought, and officials praying for rain encountered a life-saving rain on the stone bridge, so it was named as Linyu Bridge.

Longchuan Bridge, the Earliest Bridge over the Panlong, the Mother River of Kunming. Longchuan Bridge is the number one bridge of Panlong River, which was dated back to over 700 years ago. “Gunlong Basin” is in the north of the bridge, and the basin is high and the river is low, so the flood flows like a “rolling dragon”, and the bridge is named as Longchuan Bridge.

You can not go fishing and go swimming  there. The river is protected by government to avoid pollution.