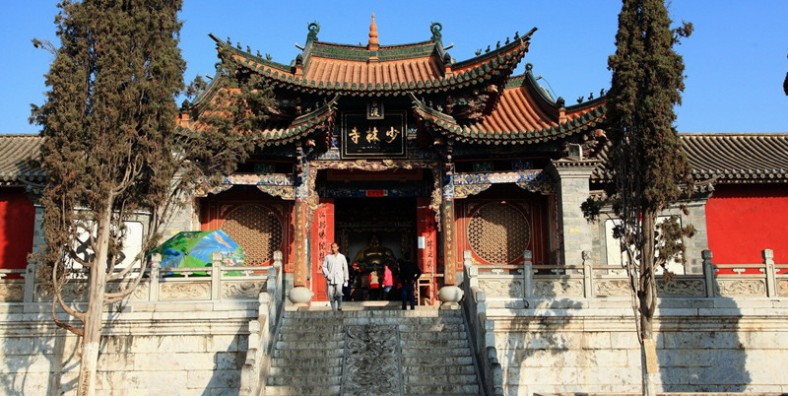 Why is Miaozhan Temple so special?

Kunming Shaolin Temple also named Miaozhan Temple (昆明官渡区妙湛寺/少林寺)) is known around the world about the rich culture of Chan (Meditation and Buddhist studies), Wu (Martial Arts) and Yi (Chinese Traditional Medicine). You will train with authentic Shaolin Warrior Monks who will teach you a variety of Shaolin style forms, applications and underline basics of Kung Fu. Apart of Kung Fu, you will also be able to learn in a fully immersed environment Chinese Culture such Buddhism, Chinese Traditional Medicine, Chinese Mandarin, Calligraphy so on. 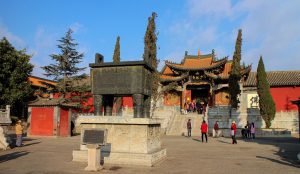 Shaolin Temple in Yunnan is the main branch for South of China Kung Fu training. As a further development we have in plan to open a new Shaolin International Cultural Center within 1 year in Shilin (Stone Forest – First Wonder of the World) : Yunnan Shilin Shaolin Cultural Center. We are currently in developmental expansion phase for Shaolin Temple in several locations therefore we will be able to offer our students a much richer experience in training Kung Fu while experiencing first hand the Chinese Culture and Traditions.

History and Culture of Shaolin Temple

Shaolin Temple was founded in the 20th year (496) of the Taihe reign of the Northern Wei Dynasty (386-534). It was named Shaolin Temple because it is situated in the heart of Songshan Mountain, the middle one of Five Famous Mountains in China, and within dense woods at the foot of Shaoshi Mountain. It is said that this temple was built by Yuanhong (Emperor Xiaowen of the Northern Wei Dynasty) for the purpose of accommodating Buddha, an Indian monk who came to China to disseminate Buddhist doctrines. Afterwards, Bodhidhama, the founder of the Chan Sect in China, came to Songshan Mountain via Guangzhou City and Nanjing City by sea. In Shaolin Temple, he widely recruited disciples, and carried forward Buddhist doctrines. Since then, the status of Shaolin Temple as the Chan Sect’s birthplace has been established. 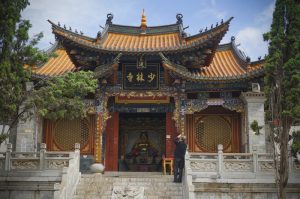 Shaolin Temple (少林寺), the famed temple in Henan province where kung fu is said to have been invented, is going into the temple management business, starting in Kunming.

According to Kunming media reports, this new ‘Yunnan Shaolin’ is expected to serve as a platform through which the temple will transmit ‘Shaolin Culture’ to South and Southeast Asia. Ten monks from Shaolin Temple will be dispatched to the four Kunming temples, where they will manage business with the goal of attracting tourists.

The reported terms of the 20-year agreement between Shaolin Temple and the Guandu district are for Shaolin to take over management of the four Kunming temples in exchange for all the profits generated by the temples via ticket sales, sales of religious paraphernalia, religious texts and any donations made by visitors.

Eric Mu at Danwei explains that Shaolin’s Shi is facing growing criticism for his business-oriented approach to running the temple.

Shaolin Kung Fu is well known at home and abroad. The original purpose of Shaolin Kung Fu was to keep healthy, treat illnesses, for self-defense and to safeguard ancient temples. It boasts diversified patterns, plain forms, and emphasizes inner peace and external strength. Its essence is to be able to store strength and release the conserved energy. Shaolin Kung Fu is comprised of shadowboxing, armed combat, free combat, hitting vital points, and grappling. Shaolin Kung fu became popular in Sui and Tang Dynasties, and soon grew stronger by absorbing the techniques from many schools. It became the largest school of martial arts in China with branches all over the country.

It takes tourists about 40 minutes to Shaolin Temple from downtown of Kunming by taxi.