Wang Li loved singing folk song since childhood. He successively learned Lisu folk song and Qiben playing(期奔演奏) by two old artists, Yideng(益登) and Yu Lixian(郁丽仙), and formed his own unique singing style. For a long time, he insisted on singing different tunes on different occasions such as traditional festivals, entering bridal houses, marriages, funerals and so on. He could improvise on different occasions, whether it was Youye(优叶) in the minor of love songs, or Mugua(木刮) in the main of singing ancient songs and narrative poems, or Baishi(摆时) in the main of free singing. 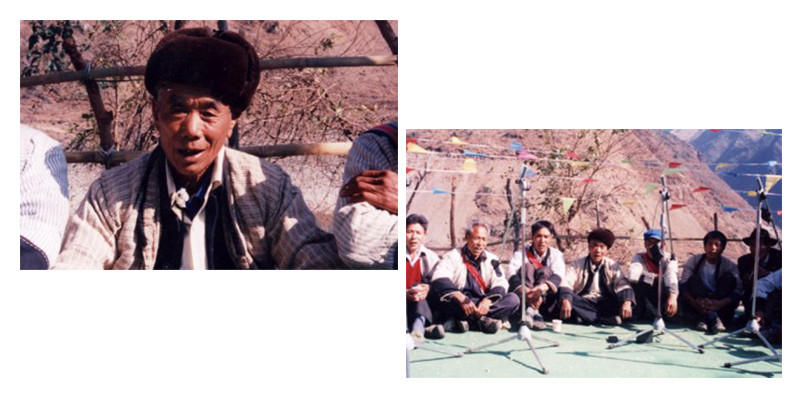 In 1958, he went to Kunming  to participate in folk singing and dancing performances.
After the establishment of the village’s ethnic folk literary and art team in 1993, he often tutored literary and art programs, and taught Wang Xiuhe(王秀和) and six others the skills of blowing, pulling, playing and singing(吹拉弹唱) that he mastered, making them the main backbone of the art team. He has also participated in various literary and artistic activities of prefecture, county, township and non-governmental organizations many times. He has participated in the Mugua Competition(木刮比赛) organized by Lushui County(泸水县), Nujiang Prefecture(怒江自治州), and won the first prize.

In 1994 and 1999, Yunnan TV Station and CCTV successively conducted interviews and reports on him.