aving the name of Tibetan Beer, Barley wine is the wine favorite to Tibetans and is a necessary part at festivals, marriage feasts and on some other important occasions. It is similar to yellow rice wine, which appears light yellow and tastes pure sweet and a little bit sour. The Tibetans regard toasting barley wine as a sincere courtesy when entertaining honored guests. If you sojourn in a Tibetan home, the host will entertain you with barley wine. 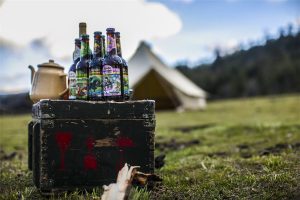 Yunnan Shangri-La Winery Company is a backbone company in the Yunnan ethnic minority region supported by the provincial government. Its major shareholder is JLF Investment Company. It is mainly engaged in the production and sales of naked barley wine and grape wine, as well as research, development and innovation of modern biotechnology.

Shangri-La Winery Company is the only producer of naked barley wine in China. It owns several famous trademarks, such as “Shangri-La – Zang Mi” (Great Tibetan Secret) and “Tian Lai” (Sounds of Nature). Its total assets are valued at 56.56 million yuan.

In 2000, “Shangri-La Zang Mi” won the Special Dry Wine Award in Paris, France. In Sept 2002, it was designated to be served at the Fifth Session of the Ninth CPPCC. In 2003, the company was rated a “Satisfactory Quality and Reputation Company” by the Working Committee of the China Association for Quality Promotion.