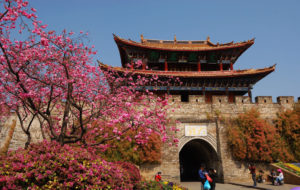 Dali Bai Autonomous Prefecture is located in the west of central Yunnan Province, with an altitude of 2,090 meters. It is adjacent to Chuxiong Prefecture in the east, Pu'er City and Lincang City in the south, Baoshan City and Nujiang Prefecture in the west, and Lijiang City in the north. Dali Prefecture is located at the junction of the Yunnan-Guizhou Plateau and the Hengduan Mountains. The terrain is high in the northwest and low in the southeast. The landform is complex and diverse, and the west of Cangshan Mountain is the alpine valley.The east of Cangshan Mountain and west of Xiangyun County is the steep slope of Zhongshan.The mountains in the territory are mainly Yunling Mountains and Nushan Mountains. The Cangshan Mountain is located in the central Dali Bai Autonomous Prefecture. The Xueban Mountain at the junction of Jianchuan in the north and Lanping in the Lijiang is the highest peak in the mountains in Dali Bai Autonomous Prefecture, with an elevation of 4,295 meters. The lowest point is the Hongqiba(红旗坝) on the side of Nujiang River of Yunlong County, with an elevation of 730 meters.

Dali enjoys low latitude plateau monsoon climate, which is characterized by small temperature difference between four seasons. Dali, known as the "Oriental Switzerland", has around 126 days in the year at the temperature of 18-21℃, which is the most appropriate temperature for a holiday. In addition, it enjoys abundant sunshine, which is most popular during the winter due to its high altitude. In general, Dali is a place that can be visited all year round with colorful flowers blossoming everywhere. See more about Dali Climate.

This subtropical highland monsoon climate makes Dali a popular destination which can be visited all year round with warm temperature, lots of sunshine and fresh air. It is most popular during winter months for those people who live in a cold region. March-June is the best time to visit Dali, especially in spring. See more about Best Time to Visit Dali.

Dali has a long and rather glorious history. In 738, the Nanzhao Kingdom was established with Dali as its capital and covered a large area of Yunnan and northern Burma and parts of Sichuan and Guizhou. The original capital of the Nanzhao Kingdom was located in Weishan (within Dali Prefecture) and later moved to site around Erhai Lake. The conquered territories were quite large and remained so for a long time. The kingdom survived almost 200 years and had 13 kings before collapsing. After several decades of chaos the Kingdom of Dali emerged in 937.

More about History of Dali. 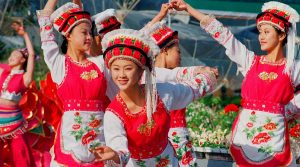 Dali Ethnic culture is very colorful. There are 13 ethnic groups in Dali Bai Autonomous Prefecture, namely, Han, Bai, Yi, Hui, Lisu, Miao, Naxi, Zhuang, Tibetan, Bulang, Lahu, Achang, Dai and other ethnic groups. The local culture of Dali is splendid and the ethnic customs are rich. As a political, economic, and cultural center of Yunnan for hundreds of years, Dali is regarded as an important place in West Yunnan. Folk oral literature and local ethnic traditions are outstanding features of the so-called 'Erhai Culture'.There are countless legends and myths about the Dragon King, old poems of ethnic favor, music, paintings, residential houses, religions, costumes and festivals. Although influenced by Indian and Chinese culture during Nanzhao and Dali periods, the ethnicity retains a strong uniqueness that persists to this day.

Dali Transportation, to some extent, is strongly linked to Dali Tours. As a famous tourist attraction in China, Dali has the best transport network compared with other sightseeing places in China. At present, the main transportation in Dali consists of airplane, trains, buses, ships and so on. Dali has an extensive public transport system, largely based on buses, taxis. Therefore, it is very convenient to get to Dali by air, train, long-distance bus.

When you come to Dali, do not worry what to do in Dali. Dali Attractions are abundant and are full of all kinds, including natural sceneries, human sceneries and all kinds of villages where you can experience the rich ethnic culture. The scenery of Dali is a picture of “Wind, Flower, Snow, Moon”. You can go boating in Erhai Lake and feel the boundless of the heaven and earth; visit the holy land of Jizu Mountain to listen to the croon of the Sanskrit, and see the light of the Buddha. Under the sunset, feel the elegance of Dali. And pursue the modern prosperity at the beautiful night.

The marble, as the non-metallic mineral, are well-known in home and abroad. According to preliminary investigations, only the reserves of marble in the Xiaocen Peak of Cangshan Mountain reached 100 million cubic meters. There are also rich reserves of limestone, quartz sand, fluorite, clay, coal, etc. Among them, the newly discovered super large gold mine in Beiya, Heqing County has already identified 127 tons of gold resources, estimated 50 million tons of symbiotic iron ore, 3,000 tons of associated silver, and 200,000 tons of copper metal. Experts believe that the current proven gold resources show that yunnan gold resources also ranked first in southwest China.

Geography of Dali introduces the Ecological Environment of Dali including the Topography,Landforms,Location, Mountains, Lakes, Rivers, Valleys,Regional Divisions,Hydrology,Mountainous Topography,Neighborhoods, Climate,Coordinates and Location Maps. Find the Key facts about Dali’s most...

People and Population in Dali 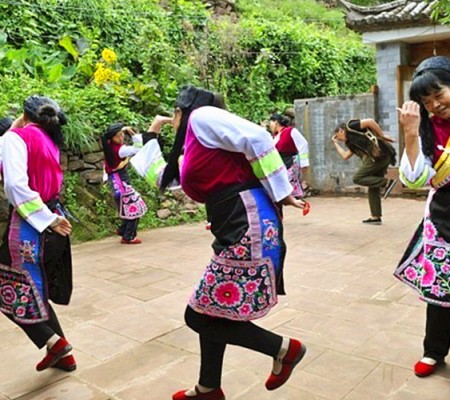 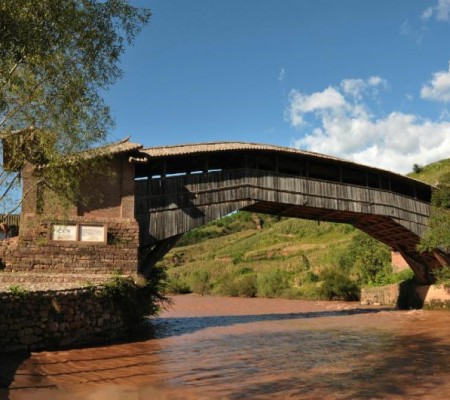