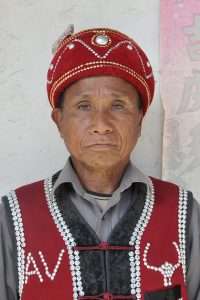 When Lu Xiaozong(陆孝宗) was young, he worshiped Lu Renrong(陆任荣) as a teacher and studied folk instruments and dances. In folk activities such as festivals, he pays great attention to learning from folk artists who master folk songs and dances. Lu Xiaozong has mastered more than 20 kinds of traditional Yi folk dances, such as Bronze Drum Dance(铜鼓舞), Erhu Dance(二胡舞), Qiaocai Dance(荞菜舞), Moon Dance(月亮舞), etc. He can sing more than 150 folk songs such as Yi epic and House-building Song(建房歌), Moon song, Qiaocai Song(荞菜歌), and so on. He can also play Bronze Drum, Erhu(二胡), Flute and other musical instruments. Lu Xiaozong can not only dance, sing and play, but also tell about the content, meaning, legend of these folk songs and dances and their origin, formation and evolution. 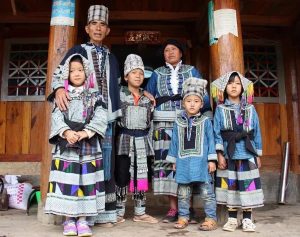 In 1992, the team lead by Lu Xiaozong won the Gold Prize of the Third China Art Festival(第三届中国艺术节). He also participated in many national folk art performance competitions and won many prizes. He has also been interviewed by experts, scholars and media from Japan, Germany, the United States, Australia, Taiwan, Beijing, Kunming and other countries. He is an influential inheritor of traditional culture in Malipo County.