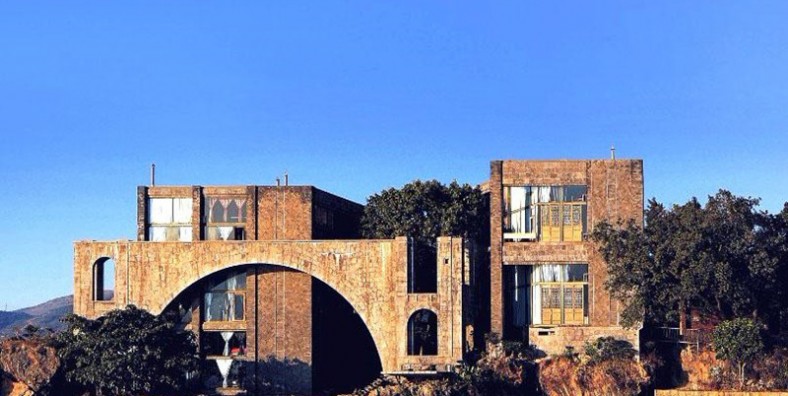 Located in hillside and facing to Erhai Lake, it is like a is like a half bright moon rising from the sea. It is the private house of Yang Liping(杨丽萍), also the charming building of Erhai Lake. It was designed by Yang Qing. He built the Sun Palace and Moon Palace beside his house, Qinglu. Enjoying the charming landscape of Erhai in three sides, it offers the spacious terrace, the courtyard facing the sea, the calm reef, the duplex architecture and the transparent floor-to-ceiling windows, just like a fairyland.

Yang Liping was born in Yunnan on November 10, 1958. She is a Chinese dance artist, vice chairman of the 10th China Dancers Association, a national first-class performer, and enjoys the State Council’s “Special Government Allowance”, also the Member of the Expert Committee of the Chinese National Folk Dance Grade Examination. 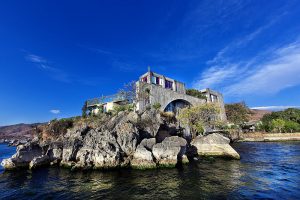 In 1971, she entered the Xishuangbanna Prefecture Song and Dance Troupe, and later transferred to the Central National Song and Dance Troupe, and was known as the “Peacock Dance”. In 1992, she became the first dancer in mainland China to perform in Taiwan. In 1994, the solo dance “The Spirit of the Bird” (雀之灵) won the gold medal in the 20th century dance classics of the Chinese nation. In 2009, she succeeded with the “Dynamic Yunnan”(云南映象) and became the first dancer in China to hold a personal dance performance.

Moon Palace is the private house of Yang Liping, so it is closed to the tourists.