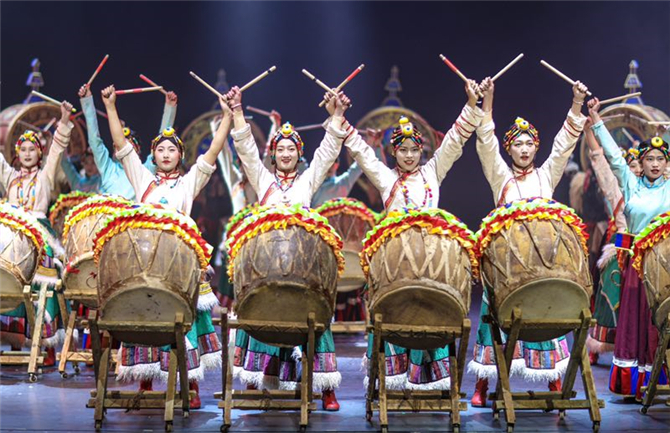 The musical drama “Meet Shangri-la”, directed by Yang Liping, a famous dancer from Yunnan, was shown to audience in the province’s northwestern city of Shangri-la on May 2. It displayed the legends and folklore in Shangri-la through overwhelming visual and audible effects. 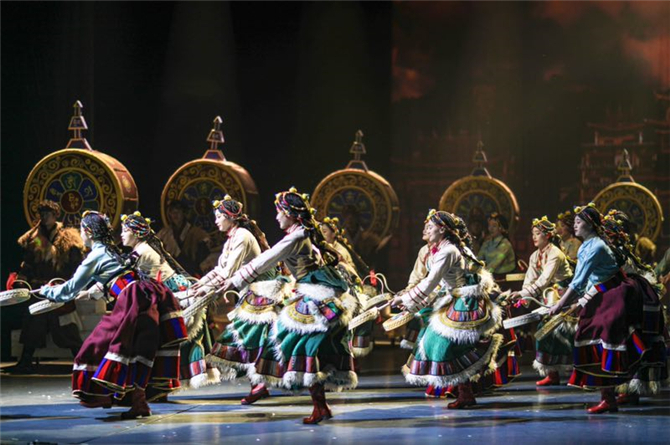 “Meet Shangri-la” won the Guinness world record in 2018 for being the indoor singing and dance drama performed at the highest altitude. It has been upgraded this year. The 60-minute musical feast consists of five chapters, presenting the cultural glamour of Shangri-la. 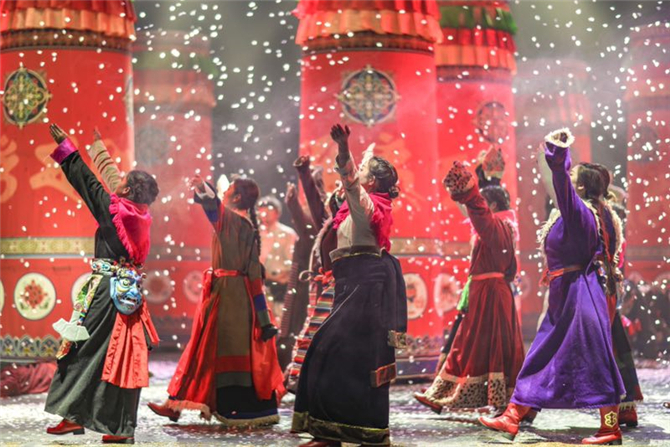 The performance highlights the drums in Shangri-la and eight dominant costumes of Tibetan people. The modern tap dance and traditional Tibetan dance are integrated, illustrating the festive occasions of local people and the glories of the ancient Ancient Tea and Horse Road. In addition, Tibetan’s reverence of nature is shown by meters-high pray wheels, tens of thousands of butter lamps, flying colorful prayer flags and pure Tibetan music.

Yang Liping is an iconic choreographer and dancer in China. She is known for her creativity in art and performance of the Dai peacock dance.