Frenchman Pei Yifeng: Yunnan always reminds me of my hometown

High-nosed, blue-eyed, wearing a Western suit, he is every inch a gentleman but speaks fluent Chinese. Whenever anyone is amazed at his Chinese, he would say confidently, “I came to Kunming in 1998. I ’m an old Kunminger.” The pride is obvious in his tone.

His Chinese name is Pei Yifeng. Like Fang Suya, the former Consul General of France in Yunnan, Pei Yifeng comes from Lorraine in the northeast of France. 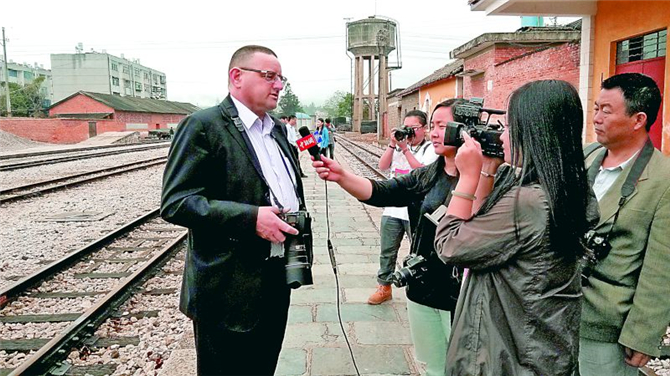 In 1998, in order to help several French companies participate in Kunming Expo ’99, Pei Yifeng came to Yunnan for the first time and saw great business opportunities and potential in Kunming. Therefore, he moved his firm to Kunming and had it registered as Kunming SinoMekong Consulting Co., Ltd. “It seems that I made a right choice,” said Pei Yifeng. He went on to tell me that his firm has been expanding the business scope to cover corporate consulting, education consulting, French training and so on. Not just French companies, a lot of companies and universities in Yunnan also have found French partners via Pei Yifeng. 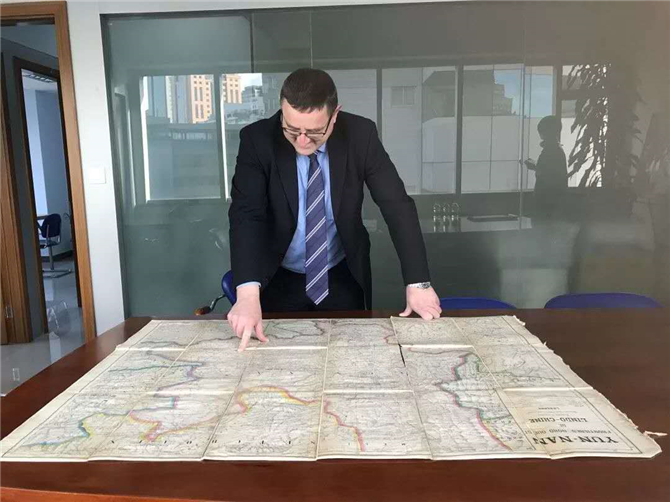 Having worked and lived in Yunnan for two decades, Pei Yifeng has made a lot of friends. He has long fallen in love with Yunnan. “I love the mild weather of Yunnan, particularly that of Kunming,” said Pei Yifeng. His hometown is very much like Yunnan except that it is colder back there. In his hometown, where it is a rural area, many people plant flowers in their yards. Every year a gardening competition is held in the village, and the names of the winning gardeners and flowers are engraved on a board at the entrance to the village. Pei Yifeng said, “People in many rural areas of Yunnan also have the habit of planting flowers, always reminding me of my hometown.”

“Small pot rice noodles, cross-the-bridge rice noodles…” Pei Yifeng can name a long list of Kunming snacks without hesitation when asked about his favourite Yunnan foods. In the past 17 years, Pei Yifeng has tasted almost all Yunnan delicacies. He said, “I love both Yunnan cuisine and French cuisine.” He is usually too busy with work to cook, but when a year draws to an end, he would invite his employees to his home and treat them with an authentic French feast. 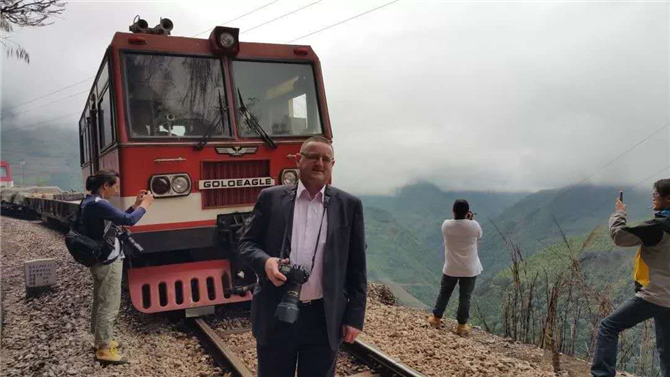 In his spare time, Pei Yifeng would track the footprints left by the French in Yunnan in the early 20th century. “Since the first year I came to Kunming, I began to collect old photographs and data on the Yunnan-Vietnam Railway(Its construction began in 1903 and was completed in 1910). Some of them were taken by French people, while others by Chinese people…” 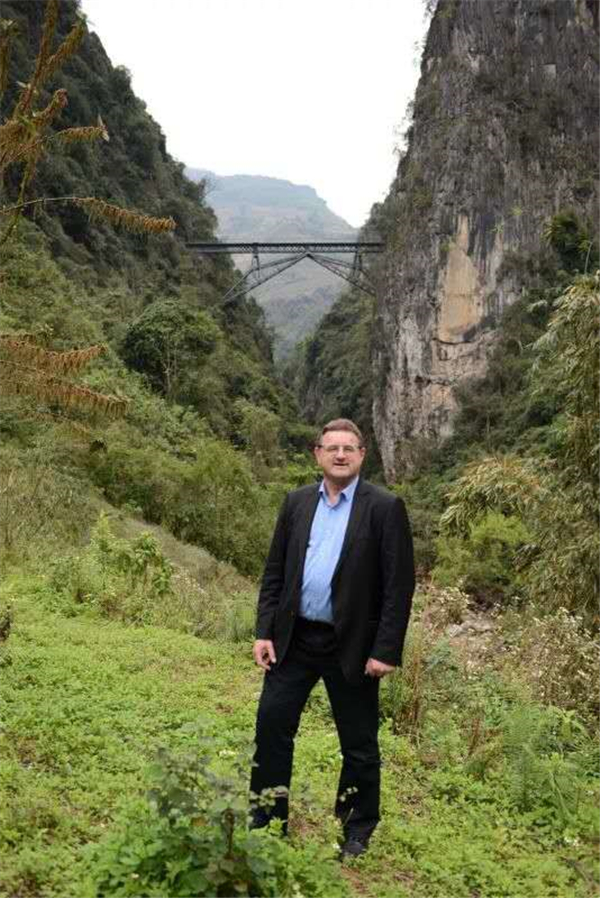