An Achang ManAchangs’ costumes are simple, austere, and beautiful. Most Achang men tend to wear blue, white or black jackets buttoned down in the front, and black trousers with short and broad bottoms. Unmarried men wrap their heads with white cloth, while married men have indigo cloths. Some men of middle or old age also like wearing felt hats. When men of young or middle age wrap their heads, they would make a fringy part of cloth drooping down the head. When men go to market or to a festival party, they like having a “tongpa”(satchel) and an Achang knife on the back, which makes them look more handsome and graceful. 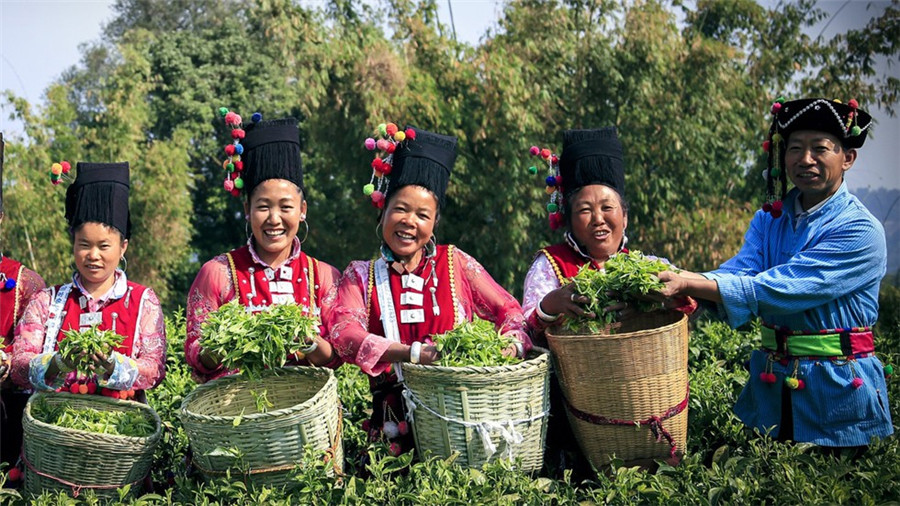 Costumes of Lianghe GirlsWomen’s Costumes depend on how old they are and whether they are married. On ordinary days, unmarried girls usually wear black trousers and jackets of various colors, which are either buttoned on one side or in front. They also wear aprons and have their heads wrapped with black cloth. Yet, girls in the Lianghe area like wearing straight skirts, too. Married women, however, usually wear black blue jackets buttoned down front and straight skirts, and leg wrappings on their crura. They are fond of tall black head wrappings in the shape of a pointed cap and with four or five embroidered colorful balls, which adds more charm. On occasions of going to market, An Achang Girl Wearing Flowers on her Heador going to visit someone as a guest, or on festival days, they would always elaborately dress themselves up with various ornaments. They would wear large earrings, decorated bracelets and silver chaplets, and also silver chains on the bosom buttons and on their waists. 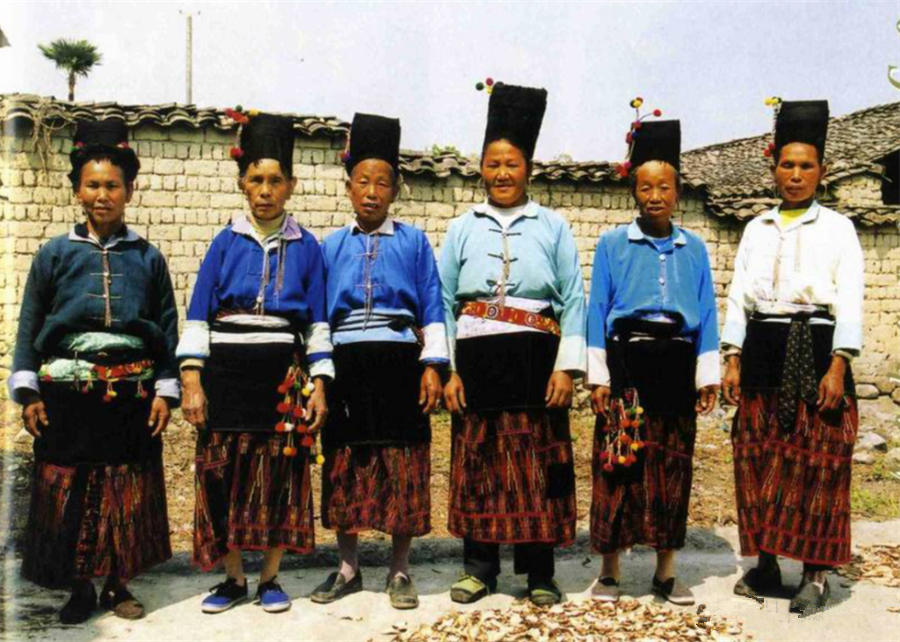 When you get into an Achang village, you will also find that both young men and young women are fond of wearing flowers on the head as ornaments, which are not only regarded as beautiful, but also seen as a symbol of their integrity and chastity.