In the past, because of the poor quality of Yunnan coffee(云南咖啡), most of it was used for instant coffee, causing a bad reputation of Yunnan coffee. However, in recent years, Yunnan coffee is like a dark horse, appearing on the premium coffee market.

The history of Yunnan coffee planting can be traced back to 1892, when a French missionary brought coffee seeds from abroad to Yunnan and successfully planted the first coffee tree in a place called Zhukula(朱苦拉). He might not have thought that coffee would became a highlight of agriculture in the Yunnan Plateau hundred years later. 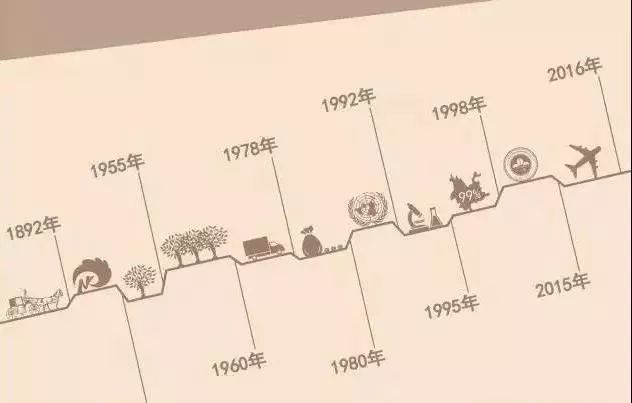 After 1930, the famous overseas Chinese Mr. Liang Jinshan brought coffee to Pupiao(蒲缥) and Luoming(罗明) for planting, which continued until the founding of People’s Republic of China.

After 1952, under the guidance of experts from Baoshan Thermal Economy Institute Ma Guojin, a large amount of coffee seeds was planted in Lujiang(潞江)and other places. The history of large-scale coffee planting has been lasted for nearly 60 years. 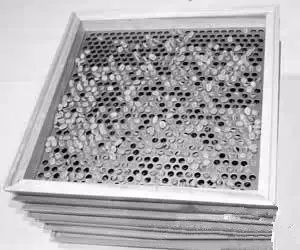 The Classification System of Yunnan Coffee

Although coffee has been grown in Yunnan for many years, it is still not mature enough. Its classification system is also rather messy. 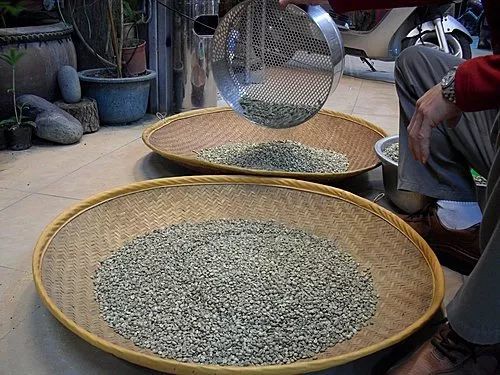 Level 1: Above 6.5 mm, the particles are full and complete.

Level 4:5.0-5.4 mm, incomplete meters, complete particles accounts for more than 75% of the total.

Level 5: below 5.0 mm, with incomplete meters, complete particles account for more than 30% of the total.

International standard rules for the inspection of coffee defects:

铁皮卡（Typica）和波旁（Bourbon）, two classic high-quality coffee varieties, are the main coffee varieties in Yunnan. In 1991, the Catimor was introduced from Kenya (with stronger virus resistance, higher yield), a kind of Arabica coffee beans. Because these two varieties have similar morphology and habits, they are mostly mixed for cultivation.

Coffee is a kind of sunshine plant. Coffee has the characteristics of multiple flowering and concentrated flowering. The Arabica coffee is flowering in Yunnan from February to July, and blossoming from March to May. Coffee blooming is greatly affected by climate, especially rainfall and temperature. The blossom time of coffee is short, only 2-3 days. Arabica coffee is usually opened at 3 to 5 in the morning, and blooms at 5 to 7 am. 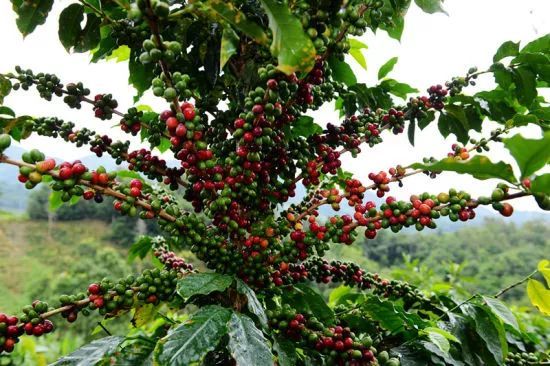 Coffee is a kind of sunshine plant. Coffee has the characteristics of multiple flowering and concentrated flowering. The Arabica coffee is flowering in Yunnan from February to July, and blossoming from March to May. Coffee blooming is greatly affected by climate, especially rainfall and temperature. The blossom time of coffee is short, only 2-3 days. Arabica coffee is usually opened at 3 to 5 in the morning, and blooms at 5 to 7 am. The Processing Method of Yunnan Coffee

In Yunnan, the main method is water washing(水洗法). The harvested berries are separated from the coffee beans by a peeler, and the shelled beans are guided to a clean sink, soaked in water for fermentation to completely remove the remaining pulp layer. Through washing treatment, unripe beans and defective beans will be selected because of buoyancy, and the fermentation process is also better controlled. Therefore, the flavor is not as fragrant as sun-dried beans, but it shows obvious acidity and complexity, with stronger and cleaner traits in the cup. The western and southern parts of Yunnan Province are located between 15 ° north latitude and the Tropic of Cancer. Most of the areas are between 1000 and 2000 meters above sea level. The terrain is mainly mountainous and sloping land with large fluctuations, fertile soil, enough sunshine, abundant rainfall, and the day and night temperature difference is large. These unique natural conditions make the Yunnan arabica coffee taste strong but not bitter, fragrant but not strong, and slightly fruity. 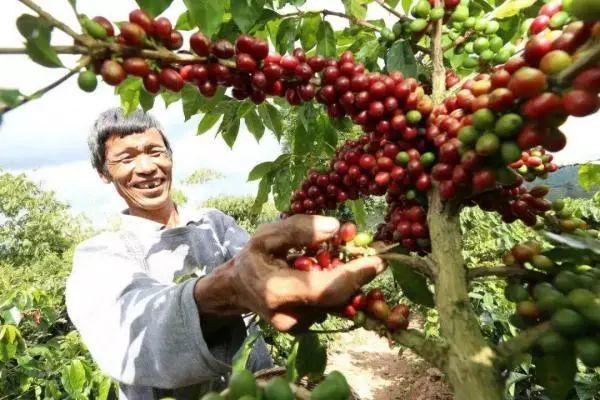 Although Pu’er City is famous for tea, its coffee planting area has reached 789,000 acres, coffee bean production is 58,600 tons, and the total output value is 2.469 billion yuan. It has become the largest coffee planting base in Yunnan. Its climate, geography, and soil conditions are unique for growing coffee. 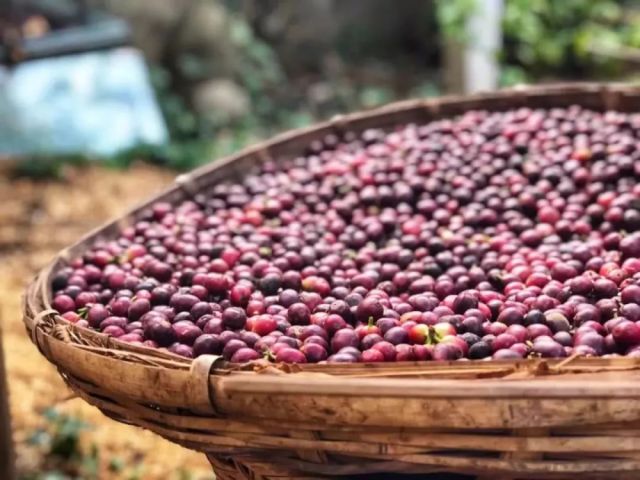 Puer coffee has a century-old history. It was cultivated at the end of the 19th century and industrialized in 1988. Today, the city’s coffee planting area has reached 767,000 mu. It has become the main coffee producing area and coffee trade distribution center with the largest planting area, highest yield and highest quality in mainland China. Pu’er City is honored as the “Capital of Chinese Coffee”.

In addition to becoming the main coffee producing area in China, Pu’er coffee is also exported to more than 30 countries and regions in the Americas, Europe, and Asia, creating a new “black gold” market. 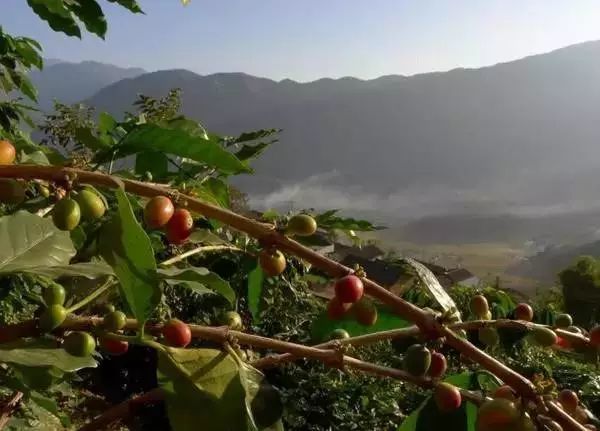 Lincang is located in the southwest of Yunnan Province. The Tropic of Cancer runs through the south, borders Pu’er(普洱) in the east, connects Dali in the north, Baoshan（保山） in the west, and borders with Burma in the southwest. The average annual temperature in Lincang(临沧) is between 16.8 ° C and 17.2 ° C. The dry and wet seasons are obvious and the sunshine is enough. 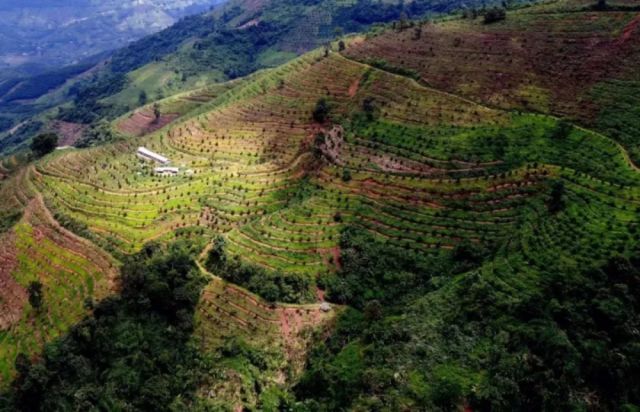 The small-grained coffee botanical name Arabica is a type of coffee with a total of more than 100 varieties. Among them, Typica and Bourbon are considered the best varieties of Arabica in the world. The “old varieties” that Baoshan people usually call are actually Typica(铁皮卡) and Bourbon(波旁).