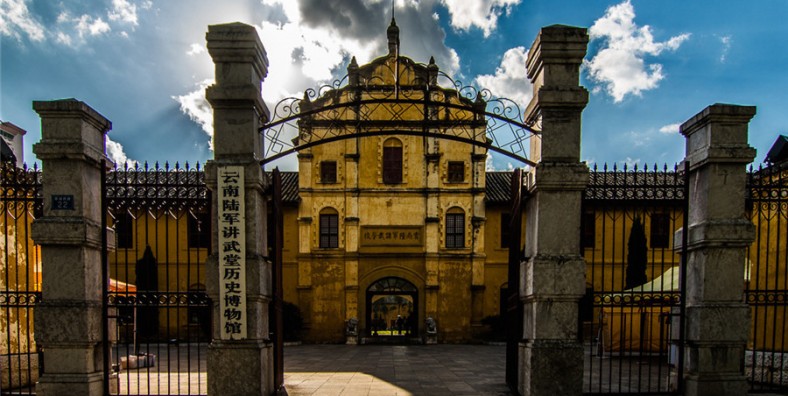 Why is Yunnan Military Academy and School so special? 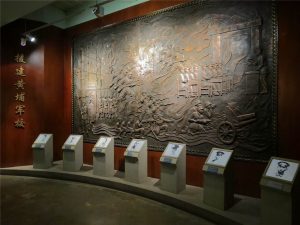 the History of Yunnan Military Academy and School

Auguste François (1857-1935), who served as French consul in south China between 1896 and 1904, during which he spent several years in Kunming. The photos have been provided by Kunming resident and private collector Yinxiao Jun. Go Kunming thanks Yin Xiaojun for providing us a glimpse of Yunnan at the beginning of the 20th Century.

13 students were from the first graduating class of the Wubei Xuetang, Kunming’s first military academy, which was founded in 1899. The students, who completed three years of training, are centered around an unidentified teacher from the academy.

By the end of the 19th Century, a little over a decade before the collapse of the Qing Dynasty in 1911, Kunming had become more than just a place to exile disgraced officials, it had become a strategically important outpost at the crossroads of China, Tibet and Southeast Asia. Creating a strong local military force had become a necessity, prompting the establishment of the Wubei Xuetang on the west side of present-day Cuihu Park.

The curriculum at the Wubei Xuetang featured four main subjects: Chinese language, mathematics, cannons and the military drill book (²Ùµä). The drill book used at the academy was a book of German military drills.

Shortly after the demise of the Qing, a new military academy, the Jiangwutang, was built where the Wubei Xuetang had once been located. Today, the Jiangwutang is still standing. A large mustard yellow building from another era, the building is one of the most recognizable architectural works in Kunming. 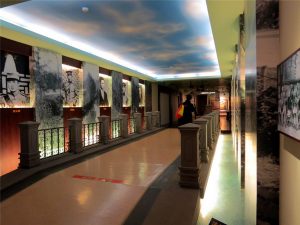 The other educational establishment is Yunnan Southern Army Military School (Jiangwutang), called the “military” (wu in Chinese) school. This school nurtured many militarist and revolutionist, for example, Zhude (1886-1976) and Ye Jianying (1897-1986), who were two PRC heroes.

Yunnan Southern Army Military School (Jiangwutang means “hall of emphasizing military affairs”)was built in the 1909.  It was one of the earliest Western-style military academies in China.  Most of its students were members of Sun Yat-sen’s fraternal organization, and the school played an important role in the 1911 uprising that overthrew Qing Dynasty (1616-1911) rule as well as the “Protect the Nation” movement several years later.

Until 1928, altogether 19 sessions of military classes were held, with 4,000 graduates. Every session lasted one and a half years to two years and included four kinds of the arms of services, infantry, cavalry, artillery and military engineer. The 15th session received returned overseas Chinese and students from North Korea and Vietnam. The main part of the remained school building is a two-storey post panel structure, with the four buildings in the four directions joining together and forming a courtyard dwelling. The school is 14,400 sq meters in area. The east and west buildings are both 119 meters long and 10 meters wide; while the north and south buildings are both 116 meters long and 12 meters wide. The grand Drilling Viewing Building, which is located in the middle of the south building, is 115 meters long and 13 meters wide.

All of the works exhibited there were installations having to do with the idea of the classroom, looking to interrogate the changes in both Chinese traditional education and the Western educational model, and thinking about reactions to the process of modernization.

Green lake is near the Yunnan Military Academy and School. Enjoying elegant sightseeing of trees, flowers, lakes, and animals, etc. make Green Lake very shining jasper, and that is why it gets the honorable name of the “Jade of Kunming City”. To provide a better place for visitors to enjoy the beautiful sightseeing, the Green Lake Kunming has been built as a garden with many charming natural sceneries, and it is being a great place to go for visitors in Kunming.