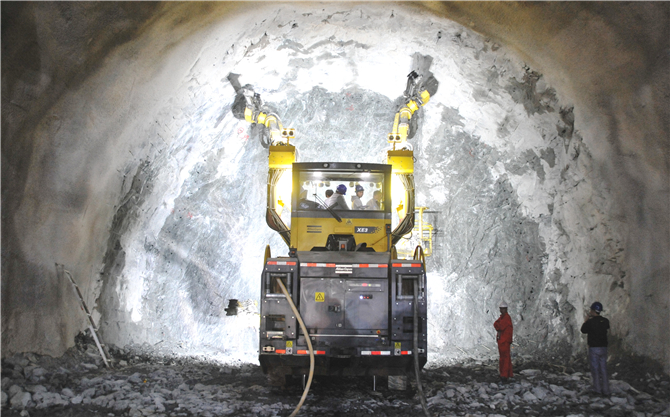 The Molangshan Tunnel on the Yuxi-Mohan Railway in Yuanjiang County, built by the Fifth Bureau Corporation of China Railway, holed through recently. This progress lays a solid foundation for the steady progress of the entire China-Laos Railway.

The Yuxi-Mohan Railway connects Yuxi in southwestern China’s Yunnan province, with Mohan on the China-Laos border. This important section of the China-Laos Railway extends for 508.53 kilometres. The Molangshan Tunnel in Yuanjiang County has a total length of 3,457 metres and an underground depth of up to 615 metres. In its vicinity are the Rehai hot springs, which maintain temperatures of 90 degrees Celsius. It is more than 40 degrees Celsius inside the tunnel, posing a formidable challenge for construction workers.

Since construction started in 2016, the Fifth Bureau Corporation of the China Railway has overcome multiple difficulties including gushing water, mud bursting, large land deformations and particularly high geothermal temperatures to ensure the safe and steady progress of the project.