His name is Gil, a Frenchman who has lived in China for 13 years. Locals prefer to call him “Xiaosong”, a colloquial Chinese name. Now Xiaosong is living in Dali, west Yunnan, running a restaurant here. 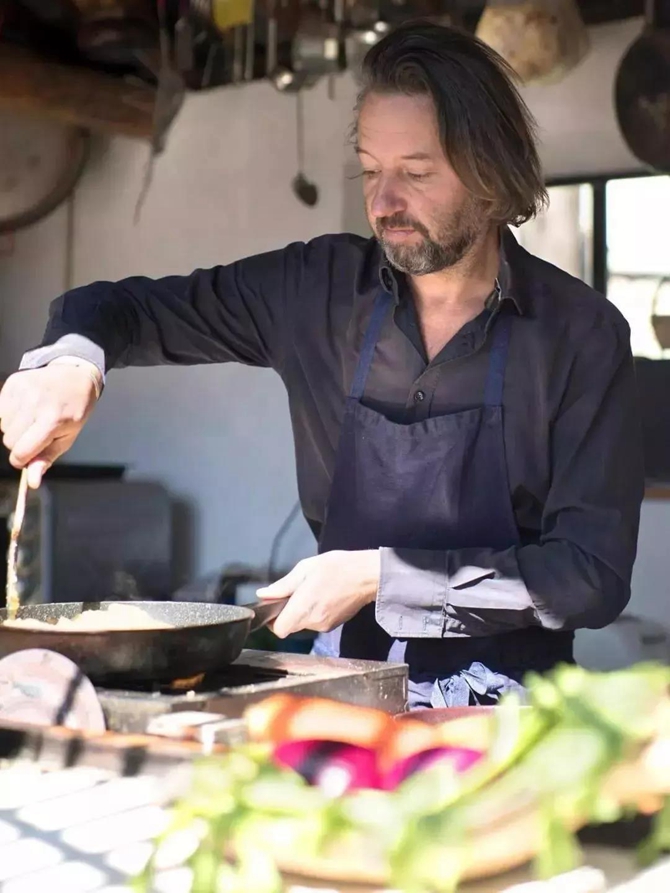 When Xiaosong was young, his mother once said to him: “Spend the life-time pursuing your dream, and this is why you come to the world.” The words impressed him a lot.

In 1991, Xiaosong became a reporter on graduation from college. Carrying a backpack, he covered events in Palestine, Turkey, Lebanon and Syria.

In 1996, his interview tour took him to Yunnan, and in the ensuing years Xiaosong frequented the Chinese localities of Beijing, Chengdu, and some northeastern cities. He fell in love with the country.

In 2014, Xiaosong re-visited Yunnan and settled in a stone-stocked yard in the ancient Panqu village in Dali. He said Dali made him feel at home.

In his spare time, Xiaosong stands in the yard, admiring Mt. Cangshan in distance. “I spent my childhood at the foot of the Alps, and Cangshan brings me a subtle intimacy.” Dali has friendly people and beautiful environment, both reminders of France far away.

After settling in Dali, Xiaosong works on writing and opened a restaurant. And he is good at fusing local snacks into western food, making specialties for his guests. 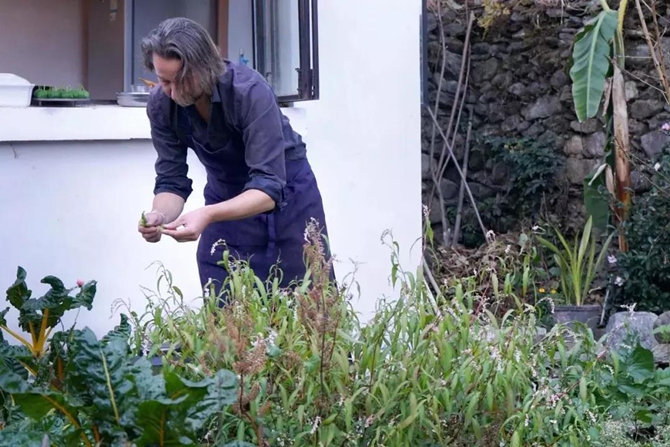 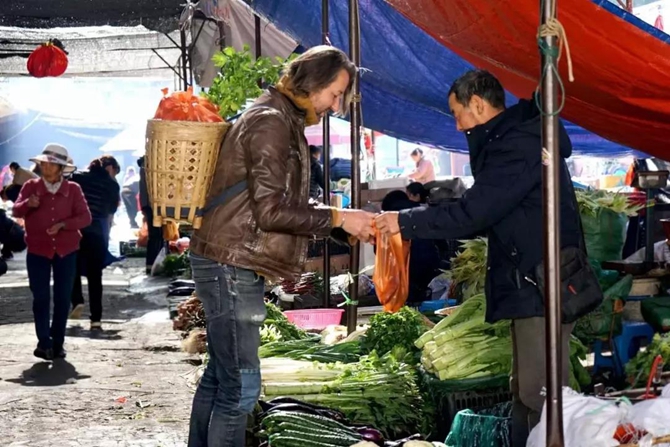 In the morning, Xiaosong dresses up and visits the fair at Dali ancient city for fresh vegetables, with a bamboo basket on his back.

Most local vegetable growers know the handsome foreigner who speaks Chinese with a French accent.

“Cheaper? Cheaper!” When Xiaosong just spends 2 yuan on a Dali Baba/pie with the original price of 3 yuan, he will smile. 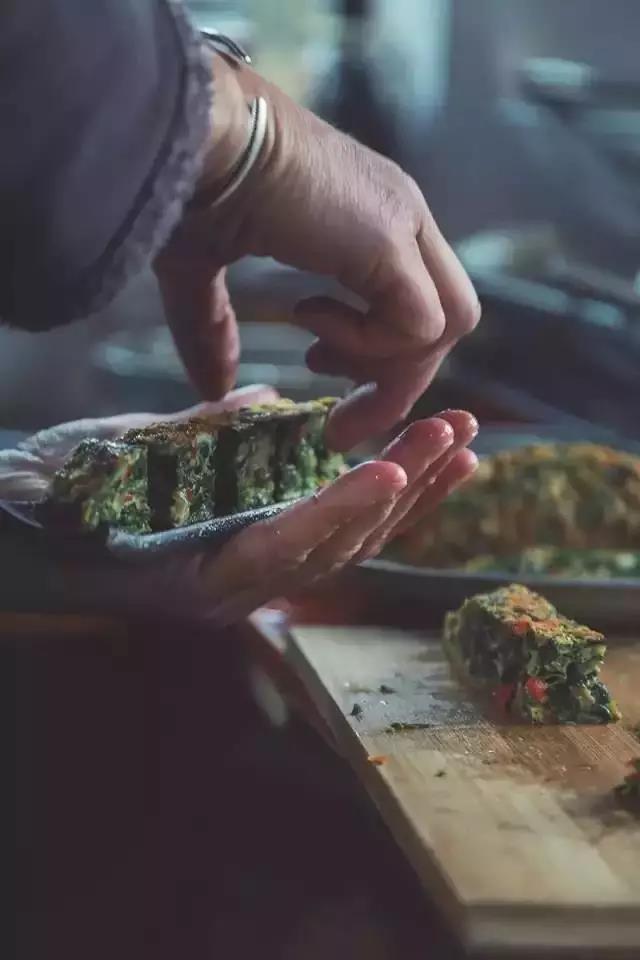 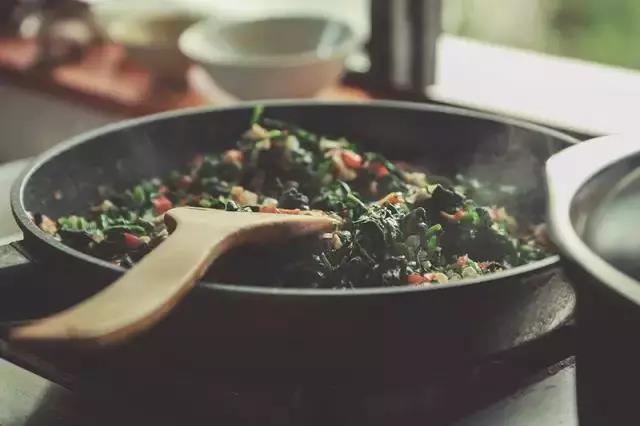 In a sense, Xiaosong is not a good chef for he has no menu and he only serves those he likes. As a result, he serves at most 2 tables per week.

But once he does, he can cook tasty western dishes out of local ingredients.

Xiaosong covers local cheese with grilled sweet pepper and names the dish the Panqu “sushi” in Yunnan. And he uses local goat cheese to wrap the Dali pie, instead of the original cheese or baguette. With lettuce salad in the middle, this snack is called French sandwich in Dali style. 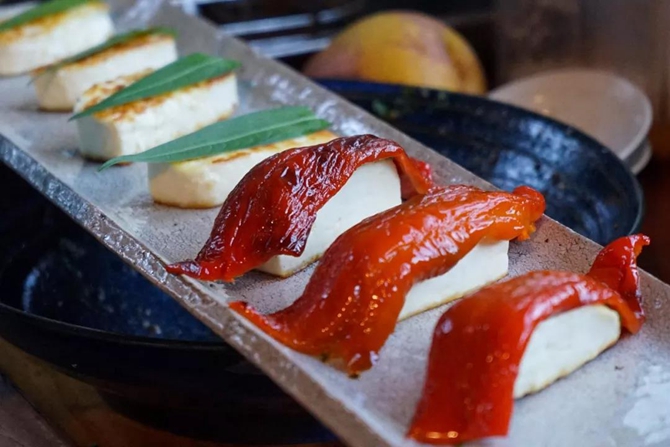 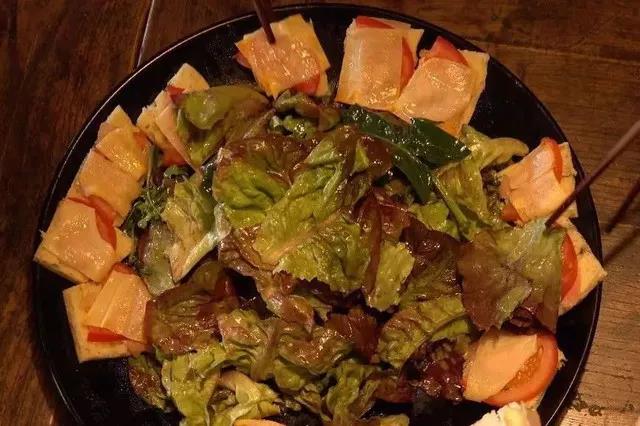 “The dishes I cook are related to my writing and living environment.”Five years on, Xiaosong has accustomed to local life, getting on well with villagers.

Tasting tea around the fire pit, they told each other their life stories.“On the occasions of local festivals, I visit villagers’ houses, where I am treated like a family member.” Xiao Song loves his life in Dali. 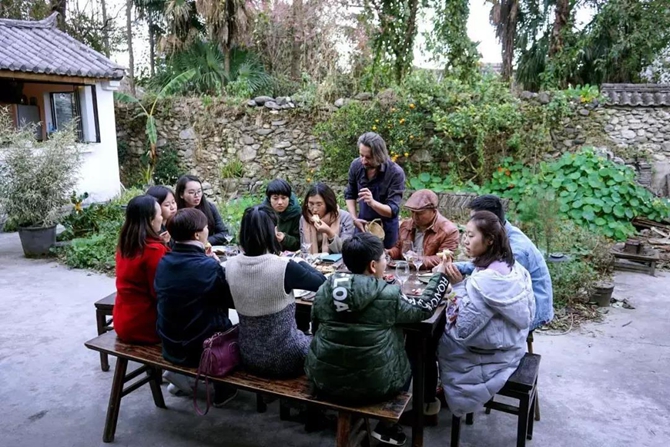 He wants to write a novel about Dali and local villagers. “Dali has brought me something different. For me, it is not a stop but a place where life is rooted.”