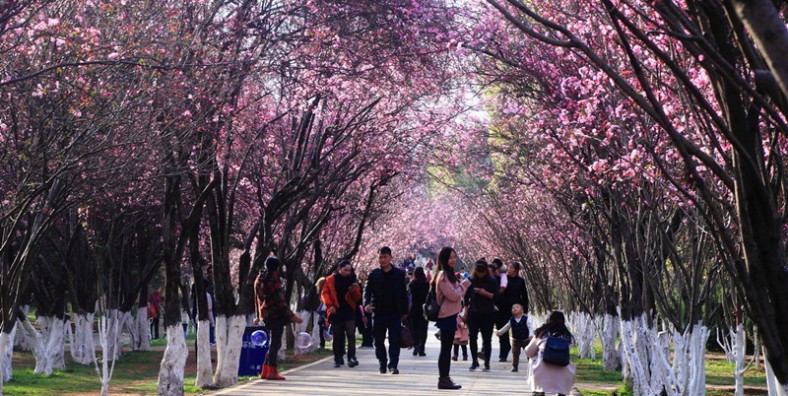 Kunming Zoo, also called Yuantong Mountain Zoo, located in the Yuantong Mountain, northern section of Qingnian Road, northeast of Kunming city. Founded in 1953, with about 200 kinds of Yunnan specialty animals and rare animals in the world, Kunming zoo is one of the national top ten zoos and seven major zoos in China. As one of the eight scenes of Kunming, Yuantong Mountain is a willow leaf that is long and narrow. It covers a total area of 26 hectares and presents the most abundant and the most visited park in Kunming. The annual visitor even has reached 3 million people. The most attractive things are flower boom, animal and temple. Yuantong flower boom is regard as the most especial activity and is listed as one of the famous spots to appreciate sakura in China. 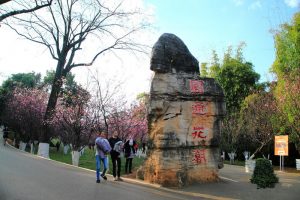 Kunming zoo lies in the urban area, but it is really a natural wonderland. Picturesque rocks and verdant trees are well designed from a delightful contrast. At present, the green area surpasses 70%. With infrequent flowers and trees, Kunming zoo can be divided into four flower areas. We can appreciate elegant lotus in the summer days, admiring the golden chrysanthemum and fragrant osmanthus in autumn and enjoying the wintersweet, camellias, and magnolia bloom. The most impressed area is the spring flower area. It is located in the north of the slope and planted thousands of cherry blossoms, Malus spectabilis. It’s a great pleasure to appreciate the landscape of cherry trees in lovely spring. What’s more, the forest flowers exhibition area are divided into Japanese cherry, midget crabapple, osmanthus fragrans, plum and flowering peach area. Especially for the boom of cherry and midget crabapple which seems like the rosy clouds. It is the most popular scene that named “Yuantong flower boom” in the zoo. 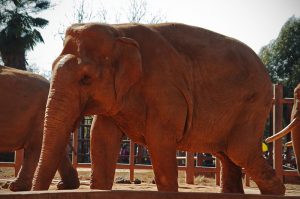 The animal exhibit area: It is next to the cherry blossom area. It was built in 1953 and at that time only 7 animals of six species displayed and it jumped to 2634 animals of 228 species. There are macrofauna area, meiofauna area, songbird area and Waterfowl area. Not only contains the Yunnan rare animals such as Xishuangbanna elephants, buffalo, brown hornbill and Mengla tiger, black tailed python, but also have domestic rare animals like golden monkey, tiger, gyps himalayensis; as well as foreign animals such as red kangaroo, emu and African zebra.

Aquarium: In April 1994, the Dalian Green (Group) company invested 5 million 800 thousand yuan in Kunming zoo to build the first aquarium in the southwest area. It covers an area of 1886 square meters and opened in April 1995. There displayed fish, penguins and other special animals over 100 kinds, and you can find seal performance here.

Peacock Garden: From May 1998 to January 1999, on the basis of the tea garden, Peacock Garden was built with an area of 1.4 hectares. It was officially opened in February 1999. Visitors could directly go into the garden to see the peacock. Initially there keeps Green Peacock 30, blue peacock 56 and white peacock 25. It’s an effective attempt to reform animal breed ways. 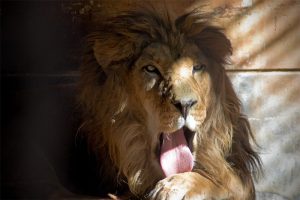 1. The Ming Dynasty city wall stump: at the northeast of Yuantong Mountain, there stands the city wall stump which built in the Hongwu fifteen years (1382). In 1961, Kunming people’s Committee listed it as the Kunming municipal cultural relic’s protection units. The existing wall stump has the length of 44 meters and it is the remains of Yunnan old city in six hundred years ago and the precious materials to explore the history of Kunming.
2. The Tomb of Tang Jiyao: in 1931, the tomb of Tang Jiyao was built by the Yunnan provincial government. It is the historical and cultural sites under government protection in the Yunnan province. This tomb was built by dome shaped stone in 5.8 meters high and 18 meters in diameter. Before the tomb line, there are Stone gate, stone lion and stone marker. Sun Yat-sen and Li Yuanhong decorated inscriptions on both sides in order to commemorate him. However, the tomb of Tang jiyao was partially damaged during the Great Cultural Revolution.

Yuantong Temple: Yuantong Temple is one of the oldest Buddhist monasteries in Kunming with a history of more than 1200 years. It is also the largest temple in Kunming. Yuantong temple sites have tall spectacular Yuantong Shengjingfang, Yuantong Palace, Octagonal Pavilion and at present the only one Theravada Buddhism of the China mainland—copper buddist hall. The copper Buddha sitting statue inside the hall (3.5 meters high, weighing 4 tons) and Yuantong Palace Sakyamuni statue are in different shapes and show the differences between the two sect of Buddhism. Yuantong Temple looks magnificent, towering and the Buddha is solemn, pavilions are unique, trees are green, attracts generations of poets and painters left many praise verse here, and it has been one of the eight sights of Kunming. Now, after reparation, it shows more its elegant appearance, like a beautiful garden in regions south of the Yangtze River.

Take bus No.4 to the Yuantongshan station

It costs 15 RMB by taking a taxi from downtown of Kunming.

1. Be careful if you want to be photographed with a tiger or other wild animal because a camera flash may startle the animal.
2. Pay attention to the perform time,if you want to watch the elephant s’ performing (they are tortured in order to perform for you).