Kuoshi is a transliteration of Lisu language, which means New Year. For the Lisu, the festival is equivalent to Spring Festival celebrated by China’s majority group. The date for the festival is not fixed. It usually falls between the last ten-day period of December and January of the next year. The most important activities are usually held in Sudian, the only Lisu autonomous township in Dehong.

On this important occasion, the joyful residents in traditional ethnic costumes flood to the riverbank, where the celebration is to be held. The Lisu women dress in intricate costume made of cloth of different colors and put on various accessories such as the headwear, neckband and sea-shell belt for the waist. The Lisu male’s apparel is much simpler, composed of a “magpie garment ”and a pair of pants. 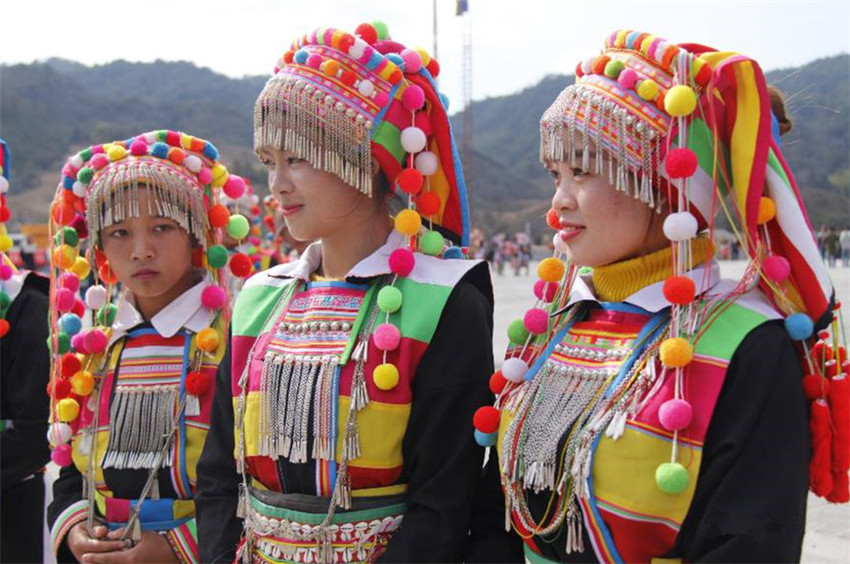 Lisu maids dressed up for the carnival 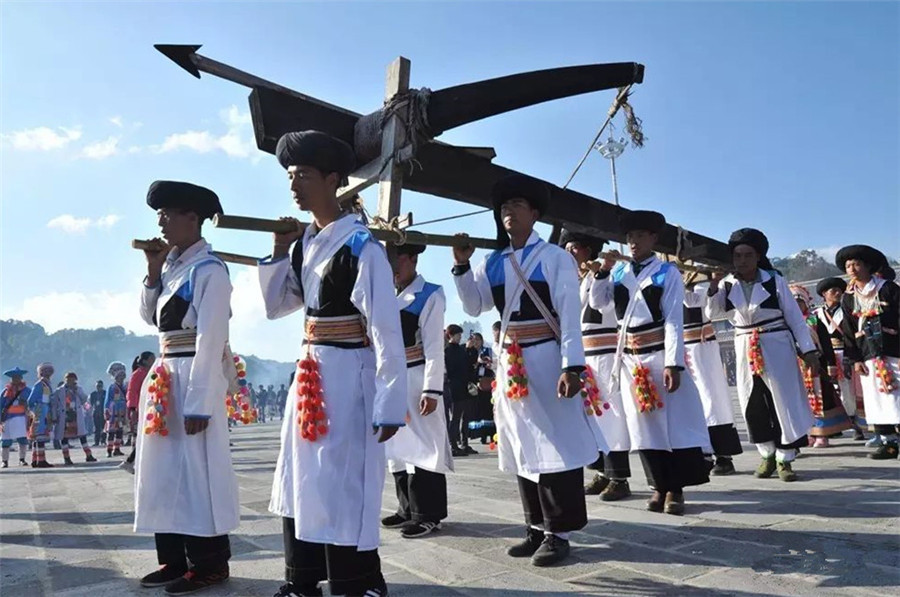 In the morning, the breathtaking “Climbing Ladder of Knives” kicks off the celebration. The well-trained barefoot Lisu man climb up a 20-meter-high ladder made of 36 sharpened knives whose blades are turned upward. Those who climb the ladder are called “Nipa”, which means wizard. At the top of the ladder, Nipas perform some extremely difficult acrobatic feats to expel devil. Their heroic move definitely wins warm applause from the audience. 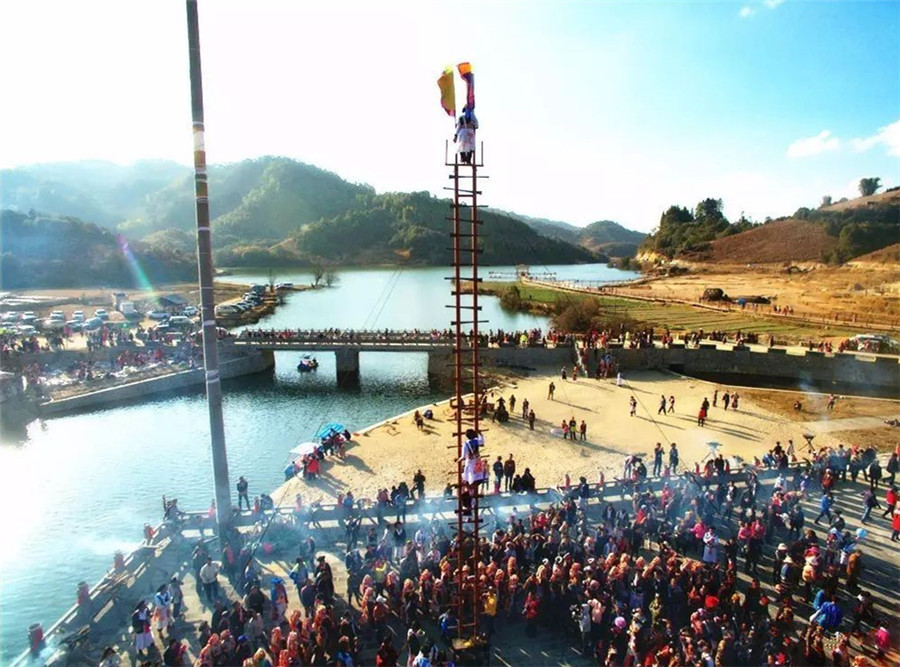 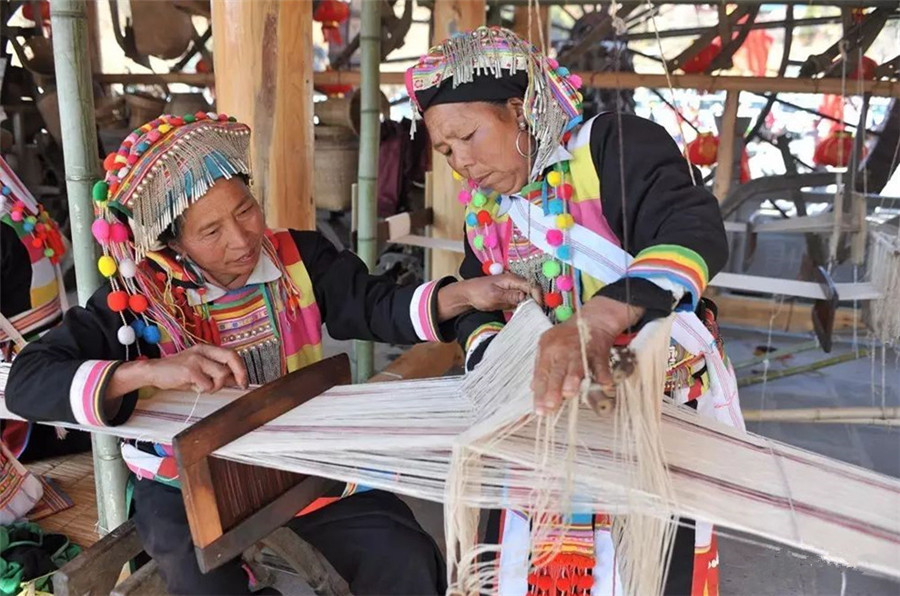 In the afternoon, the organizers throw a series of competitions and ceremonies for festival-goers, including bamboo-pole climbing, horse-riding, crossbow shooting. People from different age groups enthusiastically participate in the competitions, displaying their unique skills to the crowd.

In the evening, various exciting activities await the revelers. The residents gather around the fire, enjoying homemade rice wine, performing their folk songs and dances. The celebration reaches the climax as the magnificent “Jumping into the Sea of Flames” is staged. Surrounded by the noise of firecrackers, music and drums, seven or eight skillful barefoot Lisu men step into a pile of burning charcoal. Without the least timidity, they jump about in the fire and take the iron chains which have been burnt to red with their hands. After the performance, they join the crowds. The merrymakers sing, dance and drink to their hearts’ content far into the night. 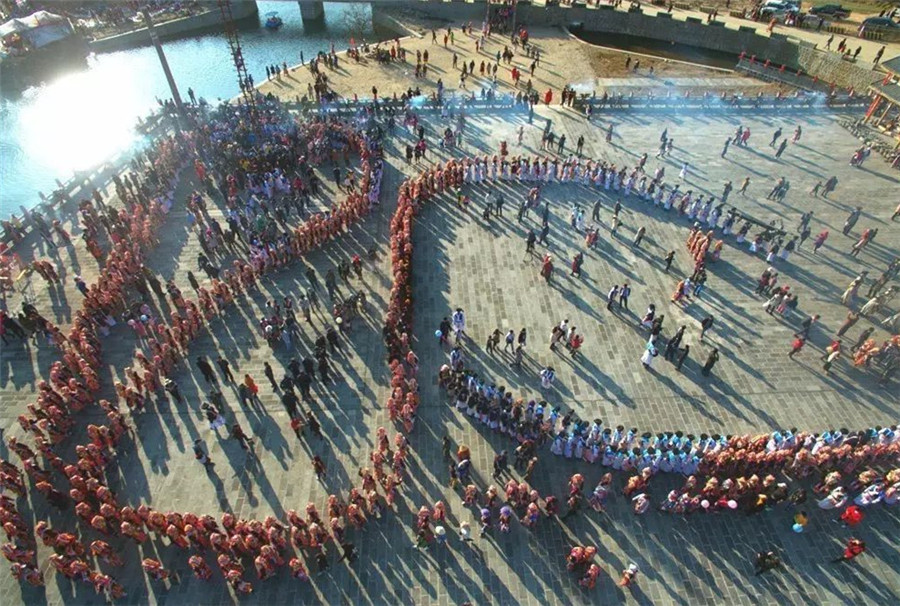 Kuoshi Festival is an ethnic carnival when the Lisu people immersed themselves in joyful celebration. The luxuriant activities showcase the colorful lifestyle, bravery and enthusiasm of the Lisu ethnic.