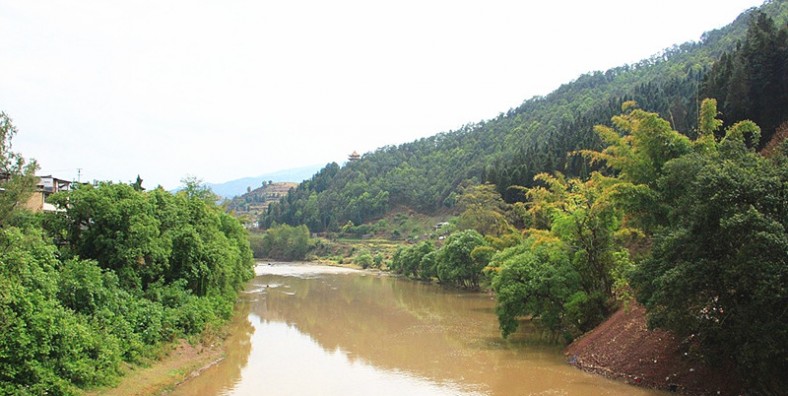 Yangbijiang River is not violet in winter, but is not inferior to other rivers on the plateau in rainy season. 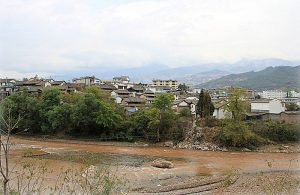 It roars in July and August with red waves in rainy day and white in sunny day. Without hesitation, Yangbijiang River is rushing in the clouds of the Hengduan Mountains.

Yangbijiang River collects the thousands of streams, moisturizes the green trees and diverse plants on the banks, even brings the favorable weather. Normally, it runs in Yangbi peacefully, like a docile lamb. In many parts of Yangbi River, you cannot hear her. She silently nurtured the hardworking, kind-hearted people, never swearing and complaining. She is like the local people, making contribution gently.

Yunlong Bridge in on the Yangbijiang River. It was built in Ming Dynasty, enjoying the history of 500 years.Yunlong Bridge is one of the oldest cable bridge in China. More than 500 years, it witnessed the development of Dali and the business on the Bonan Ancient Road(博南古道). 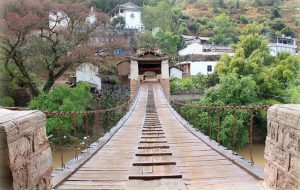