Dr Ho ‘goes to the mountains’ after a lifetime of international renown.The life of a traditional Chinese medicine practitioner from a small village in southwest China is being celebrated after he died last week at 97.

He Shixiu, a member of the Naxi ethnic group from the foothills of the Himalayas, earned international fame as “Dr Ho” after he was “discovered” by British travel writer Bruce Chatwin, who left Hong Kong for Lijiang, in southwest China, in autumn 1985.

Dr Ho subsequently featured in a host of articles and guidebooks, and was on the itinerary for countless backpackers visiting his native Yunnan province. British actor and travel programme host Michael Palin, of Monty Python fame, also visited him when researching his Himalaya series for the BBC.

The provincial medical journal Yunnan TCM published an editorial beneath a picture of a lighted candle as a tribute to the late doctor.

“He Shixiu had high medical standards and exquisite medical skills. He was known locally as the God Doctor of the Snow Mountain,” the editorial said. “Proficient in foreign languages, he made a unique contribution to the promotion of Chinese medicine. His death is a major loss. Here, on behalf of the institute, we would like to express our deep condolences to He Shixiu’s family.” 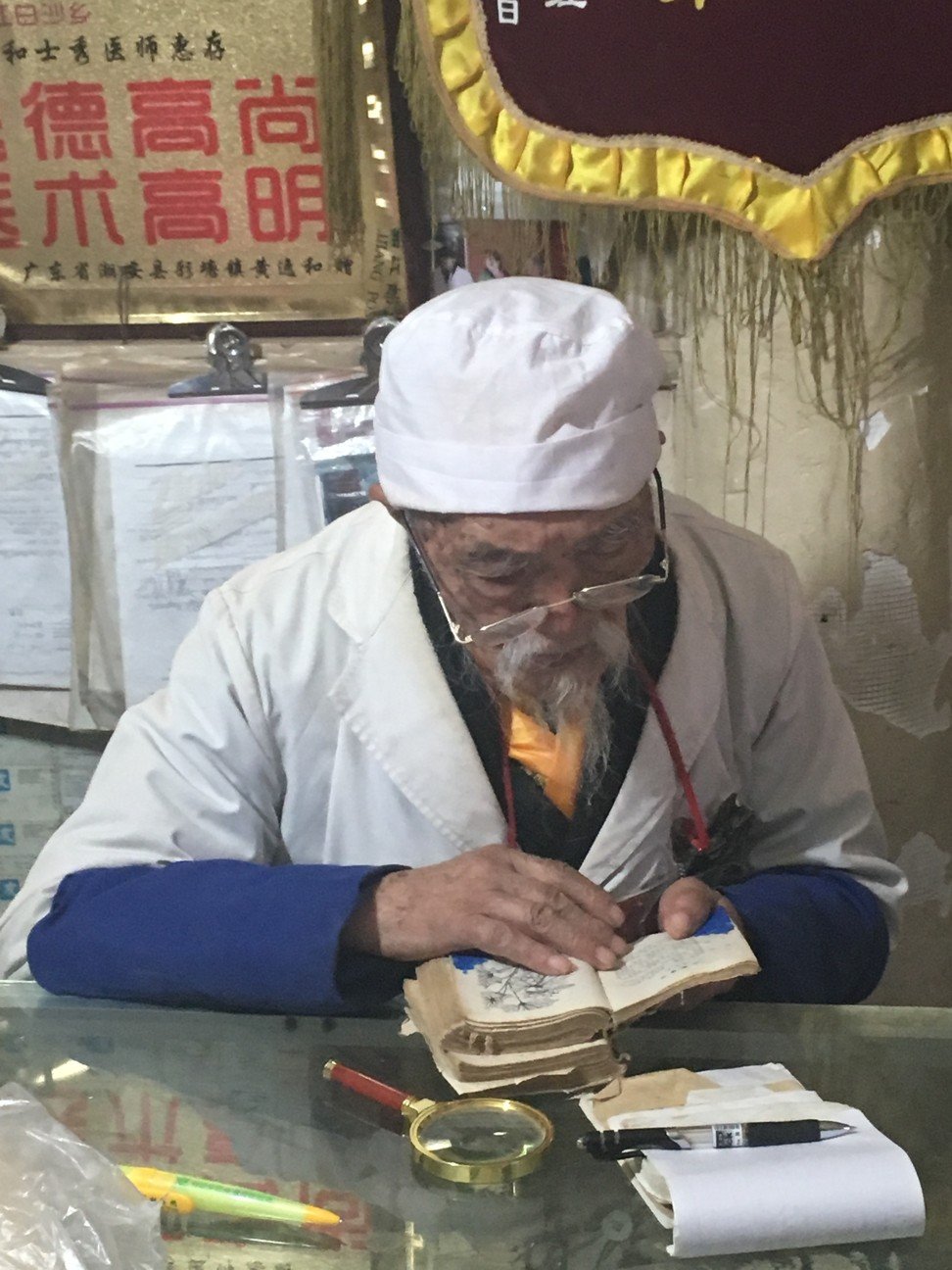 Born in Lijiang during the Mid-Autumn Day in 1921, Dr Ho led a long and eventful life.

As a youth, he learned English from his father’s friend, the legendary Austrian-American botanist and explorer Joseph Rock, who lived in Lijiang from 1922 until he was forced out after the communist victory in 1949.

But Dr Ho had far more than keen linguistic skills.

He was among the first batch of students from Lijiang to go to university in Nanjing in 1944, where he first majored in naval mechanical engineering before switching to the foreign languages department.

“There I read a lot of foreign medical literature,” he would often tell visitors of his nascent interest in medicine. 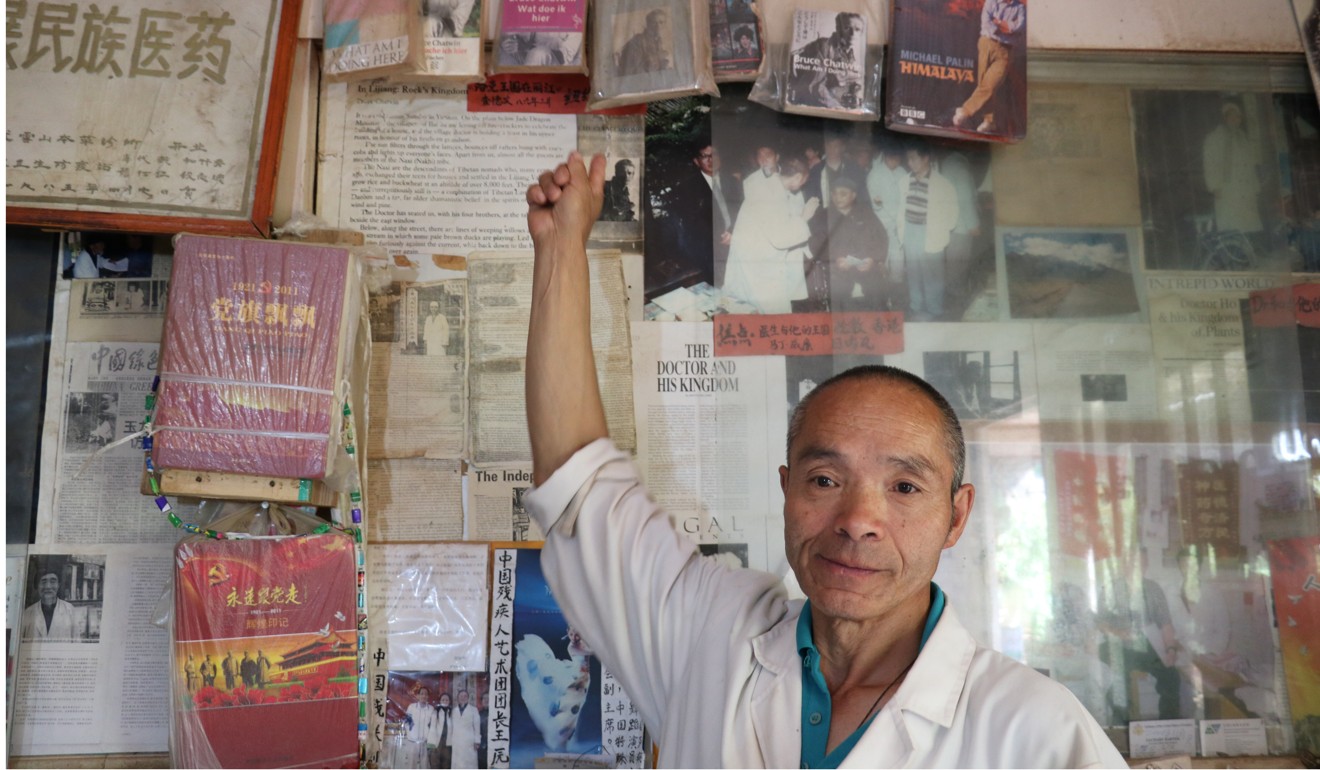 Dr Ho returned to Lijiang a rare intellectual, holding prestigious jobs such as English teacher at the Lijiang District School of Business and Finance.

But by the 1960s his intellectual pretensions and knowledge of the West made Dr Ho suspect in the political climate of the Cultural Revolution and he was sent to reform through labour in the countryside.

He used his time in rural exile wisely, drawing on the inspiration of his father, a Naxi healer, and his friendship with Rock.

“I spent many years studying the herbs and plants growing throughout the plains and valleys,” he later recalled. “Nearly every year I collected medical materials for local hospitals. Eventually I cured myself and then was able to cure the people in my village too.”

In the 1980s, China’s ideological U-turn saw Dr Ho rehabilitated. By the time the British travel writer Bruce Chatwin stumbled on his home village of Baisha, “Dr Ho” – as Chatwin would call him in an article for The New York Times – was a respected medical practitioner celebrating the birth of his first grandchild He Deshou.

“We were asking around about Joseph Rock and were led to the doctor,” said Chatwin’s photographer Magnus Bartlett, 75. “He instantly charmed the entire party, he was incredibly welcoming, introducing us to his family and producing an enormous meal out of nowhere. He had an aura, a chi force. In a strange way, meeting him was better than meeting Rock. He was more authentic.”

Johnson Chang, Chatwin’s translator on the 1985 expedition, said “there were no foreigners in Lijiang for sure” at the time. 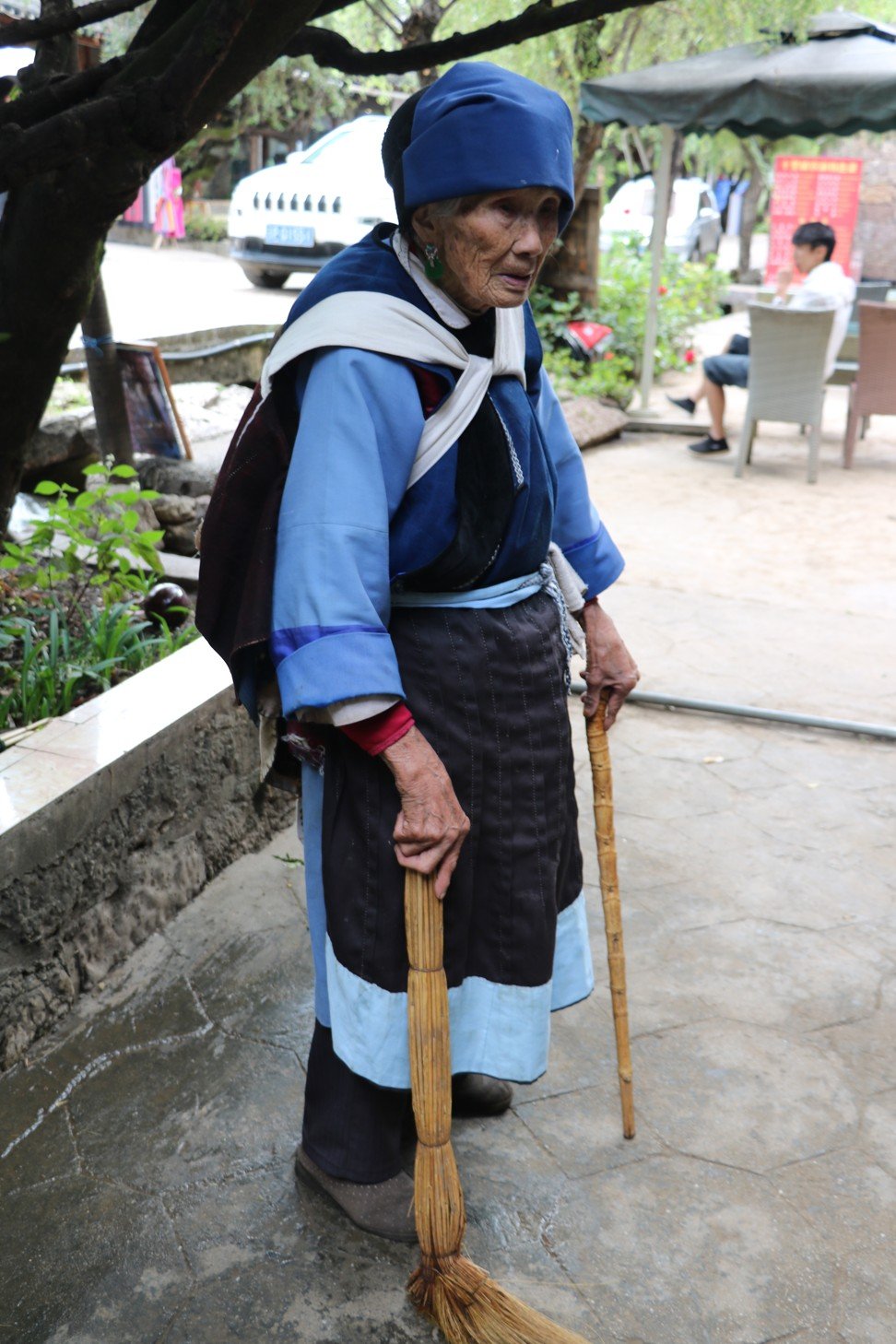 Chatwin had the uncanny knack of changing a place just by visiting it. Legions of fans set off to Argentina and Australia brandishing moth-eaten copies of In Patagonia and The Songlines.

And so it was with Lijiang, the remote Naxi town in Yunnan he visited in 1985 to research the story In China, Rock’s Kingdom.

Chatwin was on the trail of Rock, but it was “the Taoist doctor in the Jade Dragon Mountain” in Baisha that would steal the writer’s romantic gaze.

By the 1990s every guidebook listed Dr Ho’s practice. The family erected a shrine dedicated to its growing circle of celebrity followers and benefactors.

Comedian-turned-travel show host Michael Palin featured the doctor in his 2004 television series Himalaya. His online diary recalls their meeting: “The walls of the front room are adorned with hundreds of visiting cards as well as pictures of Mao, the queen, Princess Di and Deng Xiaoping. Several of Bruce Chatwin’s books, in plastic wrapping, hang from the ceiling like holy relics … I’m aware of other visitors hovering – a French girl, two Japanese and two Australian doctors, who tell me they are here to discuss Dr Ho’s treatment of prostate cancer.”

This could have been an account of my experiences. I first cycled from Lijiang to Baisha in 2006 with my father, who was recovering from an illness at the time. After waiting for other international clientele – mostly backpackers – to pass through, we finally got an audience with the legendary Dr Ho. 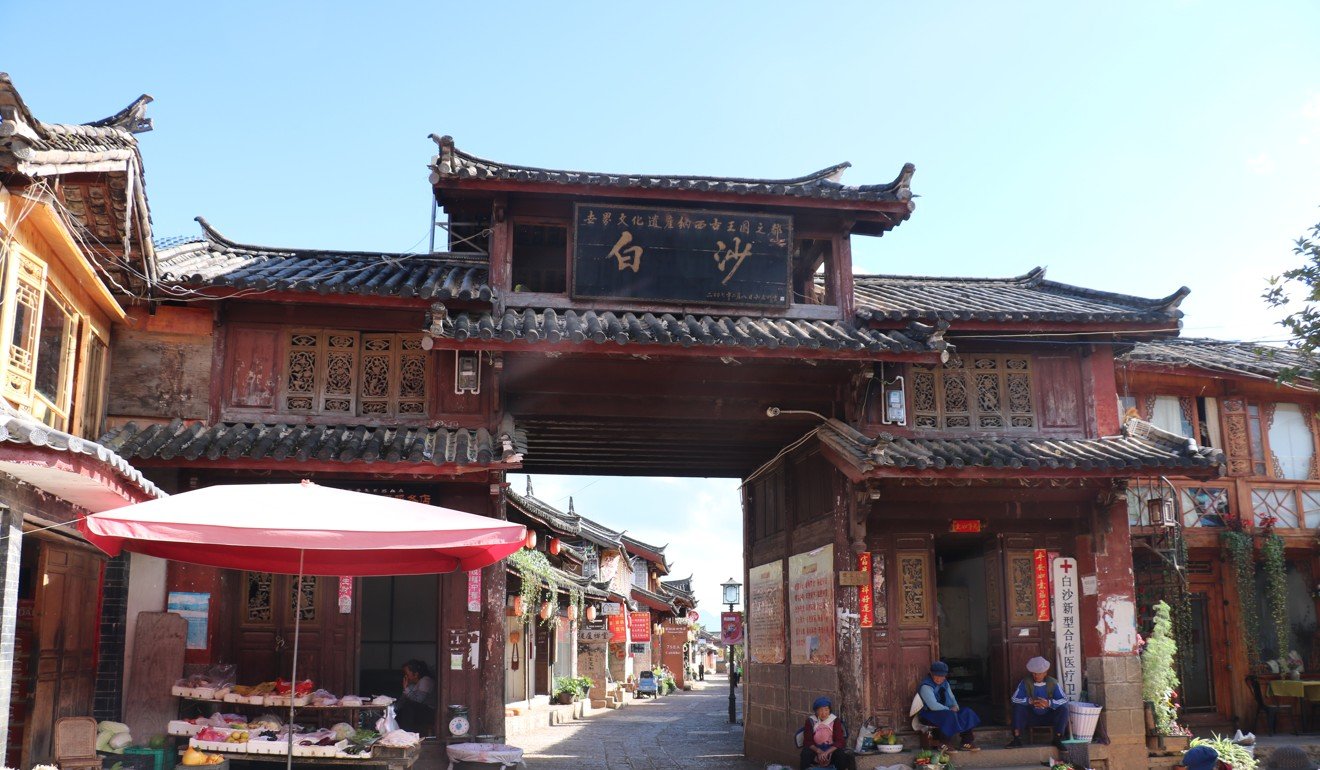 The doctor was engaging, his English impeccable, his energy irrepressible, despite being in his 80s by that time. He was keen to show off his collection of foreign knick-knacks and reminded us to “never smoke, drink, gamble or eat pork” before mixing up a bag of herbs to aid my father’s recovery.

When I returned in 2017, Lijiang had grown exponentially. Resorts now flanked the country road that led to Baisha though Ho’s village remained largely unchanged.

I was retracing Chatwin’s footsteps for a Post Magazine feature, and was keen to meet the doctor again. But Ho was frail, his hearing faltering, his son forced to translate much of what I said into the Naxi language.