Li Xueqiang – Inheritor of Lisu Feat of “Climbing the Knife Pole and Diving into the Fire Sea” in Lushui City, Nujiang 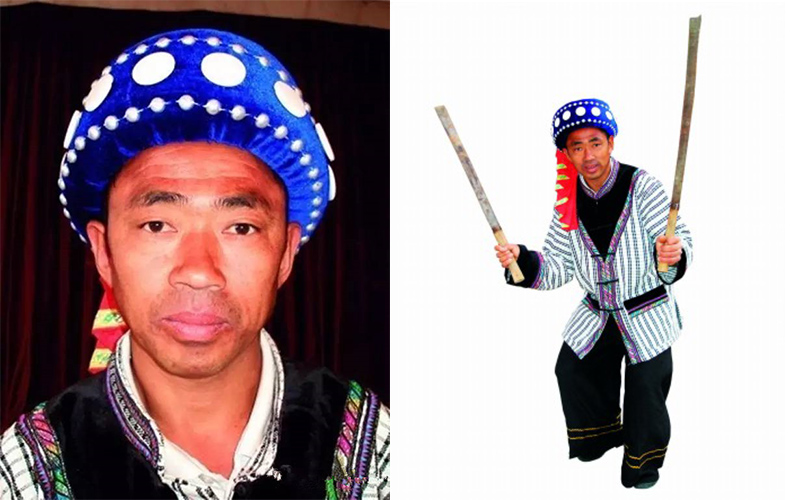 Li Xueqiang has been fond of artistic performances since his childhood, he often took part in various recreational activities with his grandfather, and has a comprehensive understanding of the Lisu ethnic customs. In 1974, his grandpa began to teach him the skill of “Climbing the Knife Pole and Diving into the Fire Sea”.  After years of training and practice, he completely mastered the full set of procedures, essentials and skills of this stunt.

In the late 1980s, this technique in Lushui county was difficult to inherit due to lack of funds. In order to save and carry forward this ancient stunt, he raised funds from many sources and collected all the necessary equipment. And in February 1988, he performed in the Deng Gengzao gathering（登埂澡塘会）, after which he became famous.  In 1999, Lufeng Ethnic Folk Art Troupe of Lushui county（泸水县泸峰民族民间艺术团） was founded, and he joined the troupe to perform this stunt. Nowadays, he is the inheritor of Lushui’s unique skill of “Climbing the Knife Pole and Diving into the Fire Sea”, He has both successors and disciples. 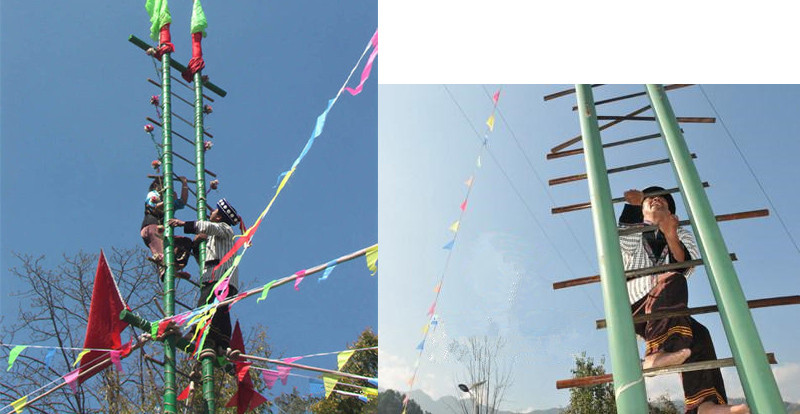 Li Xueqiang has a comprehensive understanding of the traditional culture of Lisu nationality, and he can chose auspicious date for building new houses, moving, planting and getting married, and he can also sing Lisu folk songs.