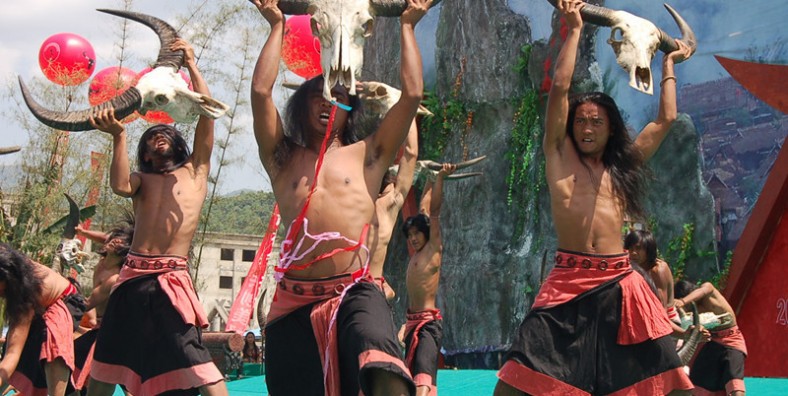 “New Rice” Festival is one of the traditional festivals of the Wa ethnic minority. In the past, it used to be spent when the rice was ripe for harvest,...

“New Rice” Festival is one of the traditional festivals of the Wa ethnic minority. In the past, it used to be spent when the rice was ripe for harvest, and would last three days. During the festival, ladies would collect some rice from farmlands; dry and then husk them. Early next morning, the doors of the house would be closed to reject visitors and animals, and all the family members would stay at home enjoying the newly-harvested rice–when eating, any spill wouldn’t be allowed. After the family finished, they would open the doors and invite neighbours to enjoy the rice.

Sightseeing and Activities: The base of tea planting and processing
Accommodation: Shuangjiang
Meals: Breakfast, Lunch

Fly to Cangyuan and drive to Najing natural Nationality Village, the Dai village in Shuangjiang, then head for Rongkangda Wulongshan Manor to visit the base of tea planting and processing.

-Dai village in Najing retains the traditional customs of the Dai nationality. The 300- year- old banyan tree, various precious trees, and you can experience the simple and rustic country life here. You can also see wild peacocks living in the primitive forest if you are lucky.

-13 kilometers from Shuangjiang county, there is a manor called Rongkangda Wulongshan with charming scenery. It involves tea plantation, processing, leisure vacation and boutique hotel. Walking into the picturesque tea manor and having a view of the mountains below, it is just like a fairyland. Stepping into the teak wood road and feeling the great ecological environment, you can not stop relaxing and being happy. 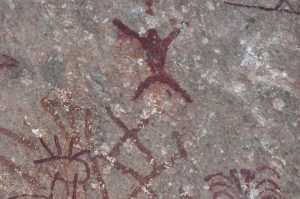 -The cliff paintings of Cangyuan is said to take on different colors as the time, weather and humidity change. According to the proverb of the local Wa and Thai people that the cliff painting changes three times a day: in the morning the color is red, at noon lighter and in the evening purple. Nowadays the paintings have already been designated as the key historical relic protection unit at the provincial level.

-Thousand-Meter Gallery, is also called Menglai Grand Canyon, situated at the middle part of the scenic spot. The rock paintings in the area is about 3KM. The cliff is about 80-180 meters high and the highest one is about 280 meters. Some of the cliff surface is ragged like a honeycomb, and some are flat and smooth as if cut by the axe, while some are just like the terraced fields. Due to the erosion of some special materials and the decoration of the climbing plants, the surface the cliff becomes colorful just like a giant rock paintings reflecting the vicissitudes of the nature. 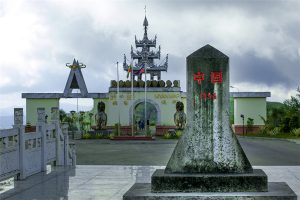 Visit Yonghe Border Port– the 167th boundary monument after breakfast, farseeing the Wa States of Myanmar; the Cangyuan Wa Autonomous County is over 800 km away from Kunming, adjacent to the neighboring Thailand and Laos, south and south-west border with myanmar countries. Yonghe Border Port is a nationally second-grade opening port and 14 km away from Cangyuan County center, directly to all the major cities of Burma. Then visit Guangyun Burmese Temple, which is built in Qing dynasty and has influence on Theravada Buddhism among southwestern ethnic groups of Yunnan.

Head for Wengding Village after lunch(about three and a half hours) to learn the Wa culture and visit their house, cemetery, head pile, the village post and so on.

-Guangyun Burmese Temple is one of the most influential temples that have influence on Theravada Buddhism among southwestern ethnic groups of Yunnan. It is a Theravada Buddhism building that located in the north of Mengdong town in Canyuan county, which is built in Qing dynasty, and also called “Xuetang Burmese Temple”. It is has been 170 years since Guanyuan Burmese Temple was built in 1828, when Wang government has a civil war with GengMa chieftain and then appoint HanRonggao as a new chieftain. Its constructing style was influenced mostly by Han people; meanwhile, it maintained the basic style of Theravada temples. It is a combination of external style of Han buildings and internal decoration style in courtyard of Dai people, such a unique construction style it is! Guangyun Burmese Temple was listed into the third batch of national key protection cultural relics by the State Council on January 13, 1988, due to its important position of history, territory, humanity cultures and religions.

-Yonghe Border Port is a nationally second-grade opening port, which was opened in 1996, a commercial port which connects Cangyuan and Myanmar. It is 14 km away from Cangyuan County center, facing Shaopa region of Mengmao County in Myanmar across the bridge. The 167th boundary monument shares the territory of China and Myanmar, belonging to the two countries. It becomes an unique tourist area cross the border. Va ethnic group in China and Myanmar inhabit harmoniously for generations who share their lives & culture.

-Wengding Village(翁丁村) , is located in 40km away from Cangyuan(沧源) Wa Autonomous County , the southwest of Lincang, Yunnan province.This is one of the best- preserved ancient Wa ethnic communites in China today. The Village was list as the third batch of national famous tourism villages with characteristic landscape by the Ministry of Housing and Urban Rural Development and National Tourism Administration on Oct,2015. It is 17km away from the township government and 39 km from the seat of Cangyuan county, The traffic there is very convenient and the roads to country side are laid with asphalt. 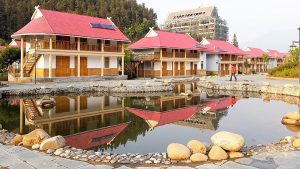 -“New Rice” Festival is one of the traditions prevailing among Wa ethnic minority. In the past, it was observed when the rice was ready for harvest and would last three days. During the festival, owners would collect some rice from farmlands, dry and then husk them. Next early morning, the doors of the house would be closed, rejecting visitors and animals, and all the families would stay at home enjoying the new-harvested rice. After the family finished, they would open the doors and invite neighbors to enjoy the rice.

In 1992, the local government of Menglian Dai and Lau Autonomous County determined the festival as a mandatory holiday for the Wa and Lahu minorities, and the date has been confirmed during lunar 13-15 August.

Day 5 Departure from Cangyuan to Kunming

Departure from Cangyuan to Kunming. After arriving in Kunming, service ends.

-Visitors are advised to always carry changes of clothing due to the large variations in temperature between day and night.
-The climate is relatively dry, so drink more water every day.
-Protecting oneself from strong UV radiation at high altitude.
-Protecting oneself from altitude sickness. Lessen the effects of altitude sickness, avoid strenuous exercise and have plenty of rest.
-Respect local customs , habits, and religious beliefs.
-Situated on the northern edge of the tropical zone, Xishuangbanna area is hot, humid and rainy; don’t forget to take an umbrella or a raincoat when go out.
-When take photos, please pay attention to your safety, do not shoot in dangerous areas.