Why is Yuanmou Earth Forest So Special

Where is Yuanmou Earth Forest

It is located in Yuanmou County, Chuxiong Yi Autonomous Prefecture.

After arriving in Yuanmou County, there are so direct buses to the earth forest. Car rental or self-driving is the recommended way to get to the Yuanmou Earth Forest.

It is the best time to visit Banguo Earth Forest from November to March of the following year. Because it is the dry season, the road condition is better and the climate is warm. 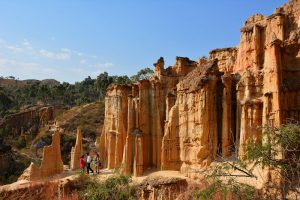