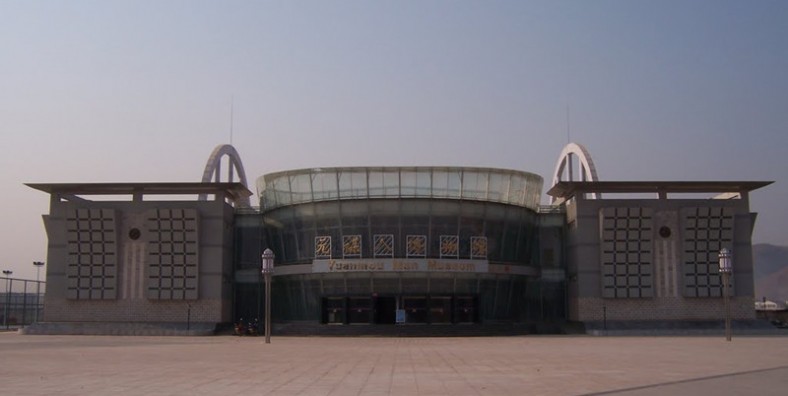 Yuanmou Man Museum is located in Yuanmou County. It has a preface hall and five exhibition halls, which show the human origins, ancient human and paleontological fossils, scene simulations, etc. Since the opening of the museum, it has attracted a large number of foreign tourists to visit.

Yuanmou County invested more than 20 million yuan to build “Yuanmou Man” Museum has been officially opened, which took almost 5 years, and is open to public free of charge.

The museum displays the restored portraits of the “Yuanmou Man” and two replicas of the “Yuanmou Man” tooth fossils, as well as the ancient anthropoid and rhinoceros fossils found in Yuanmou, which fully demonstrates the evolutionary history of ancient humans and prehistoric life in various periods.

Where is Yuanmou Man Museum

It is located in the downtown of Yuanmou County, Chuxiong.

After arriving in Yuanmou County, it is very convenient to get to Yuanmou Man Museum. Taxi or car rental  is the better way to get there, which takes about 10 minutes. For those bike lovers, it takes about 12 minutes to get there by bike.

Yuanmou is rich in ancient cultural heritage. It still retains many fossils and relics of ancient creatures, ancient humans and ancient cultures. It has caused the extensive attention of experts and scholars in disciplines of geology, paleontology, paleoanthropology, archaeology, geography, etc. at home and abroad for nearly a century, which is called as “Natural Primitive Society Museum” by anthropologists. 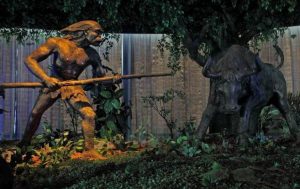 The “Yuanmou Man” Museum has a preface hall and five exhibition halls, which show the human origins, ancient human and paleontological fossils, scene simulations, etc. Since the opening of the museum, it has attracted a large number of foreign tourists to visit.

It is suitable to visit Yuanmou Man Museum at any time.