Azaleas blossoms enliven Shangri-La in May 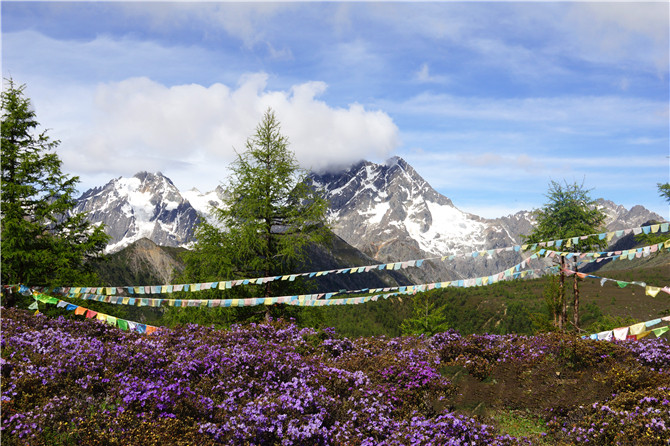 In late April and May each year, the wild azalea fields along the tourist routes extend for 50 plus kilometers in Shangri-La of Diqing Tibetan Autonomous Prefecture, forming a spectacular sight. 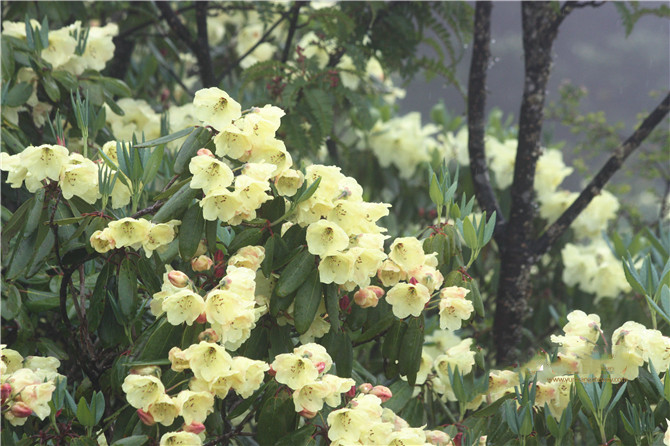 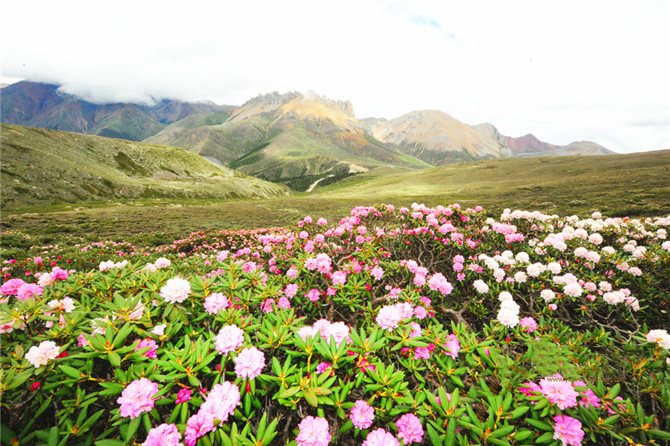 With azaleas flowering on the undulating ridges, in the gullies and over the verdant hills, the Shangri-La tourist routes are turned into seas of flowers.

During the tour, visitors frequently stopped either to admire the general grandeur of the azaleas, or to appreciate the colors in detail. 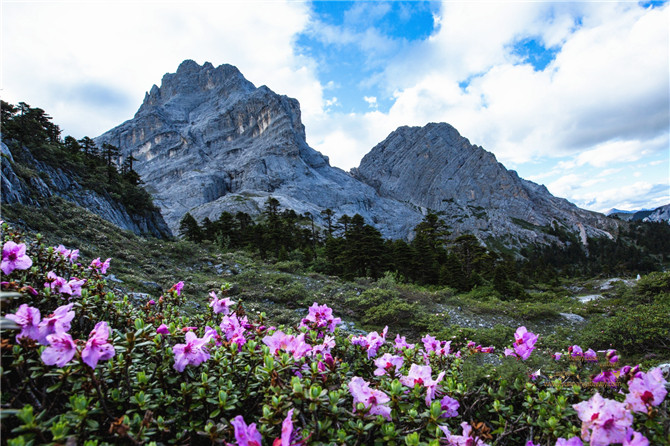 In late May and June, the Balagezong scenic area in Shangri-La forms a site of azaleas. 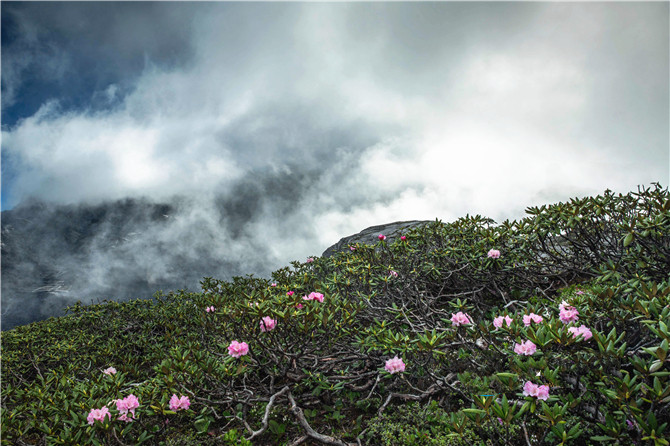 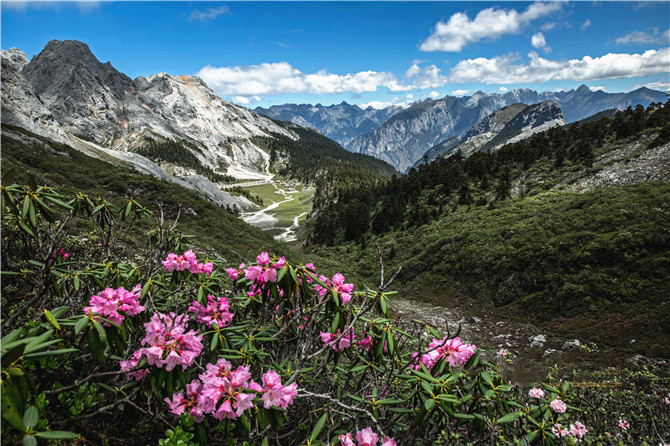 Walking near the natural Shambhala pagoda or on the Naidan pasture in the scenic area, you can sense the aromas of azalea clusters. They look red or yellow. 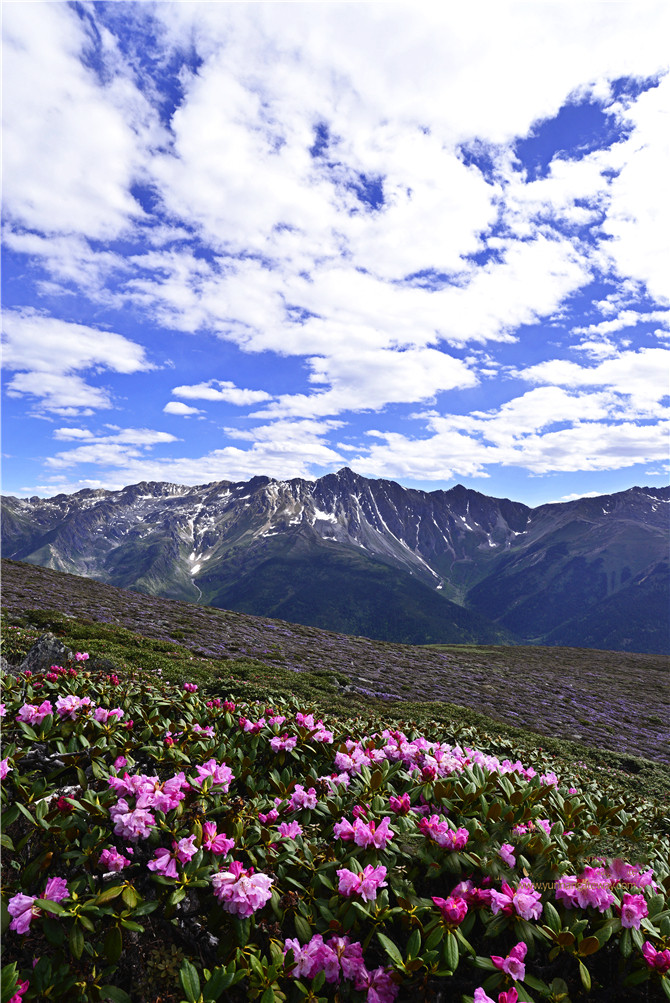 The Rhododendron woods in the Baima Snow Mountain are rated as one of the top ten beautiful forests in China by the magazine called Chinese National Geography. 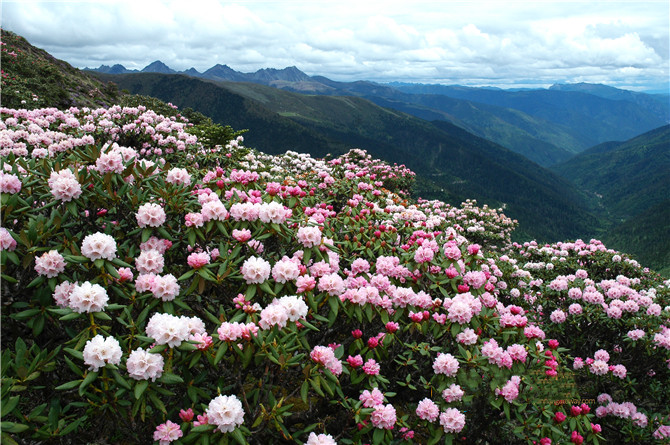 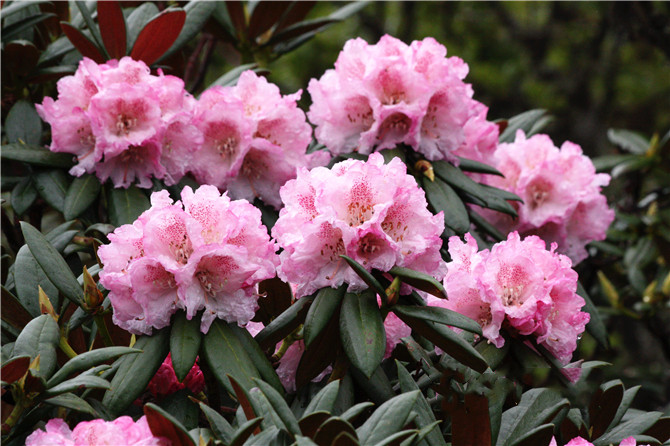 The Baima Snow Mountain boasts the most complete vegetation spectrum in the alpine valleys. With nearly 90 azalea varieties, the Rhododendron trees can be as tall as 8 meters. The little azalea shrubs are as short as 0.3 m.

From May to July, the snow mountain sees annual azalea blooms in splendor. And the singing birds add glory to the charming sight. 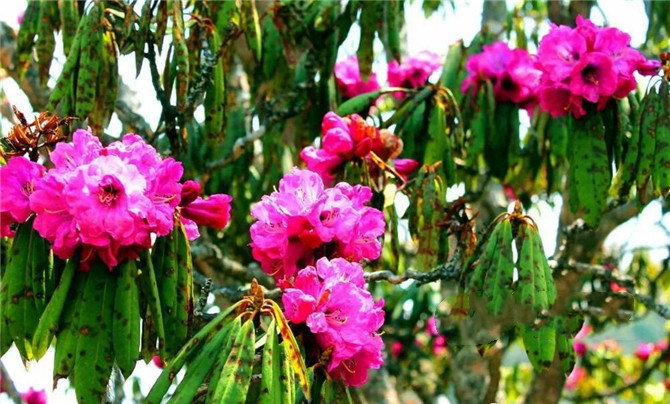 From April to May, the flowers in the Sibao village in Weixi County are blooming, with the azalea forming the highlights. 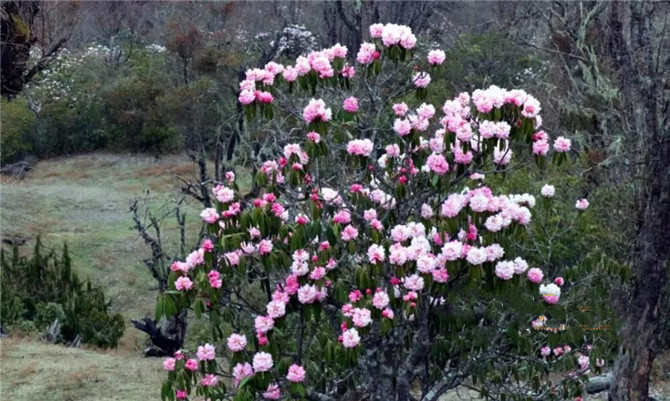 Trekking through the rhododendron woods with your family, you will surely be enchanted by the amazing beauty.