The original name of the Baiju Opera was the Cuicui Tune. It is very popular throughout the village of the Baizhu Nationality. The ancient performance stage for the “Cuicui Tune” are still existing in the larger villages. The Cuicui Tune has a special artistic style, and its words are a combination of Bai dialect and the Chinese language. Most use the rhyme pattern of Baizu Nationality folk songs of seven seven seven five. The feelings of the Baiju Opera is natural and humorous. The singing tune is divided in 9 Bans and 18 Tunes and the actors are divided as Sheng, Dan, Jing and Chou. There are fixed face-dresses for actors. The performance patterns blend with those of Dian Opera and the Flower Lattern. There are no accompanying music for the singing and the passage music is somewhat long, played by Suo Na. Becaue the performers were all the farmers and the performances were spare time activities, so the stage words of many performers were given to the audiences during the course of the passage of the Suona music played by the opera teachers. The themes of this type of opera included historic opera reflecting the life of the Baizu Nationality, such as “Du Chao Xuan”, “the Firing Songming Building” and “Zhangzi Ru Beans”, and also those transplanted from the Dian Opera, such as “three Heroes Fighting Lubu”, “Wu Tai Meeting Brothers” and “Lance Fighting Little Liang King”. 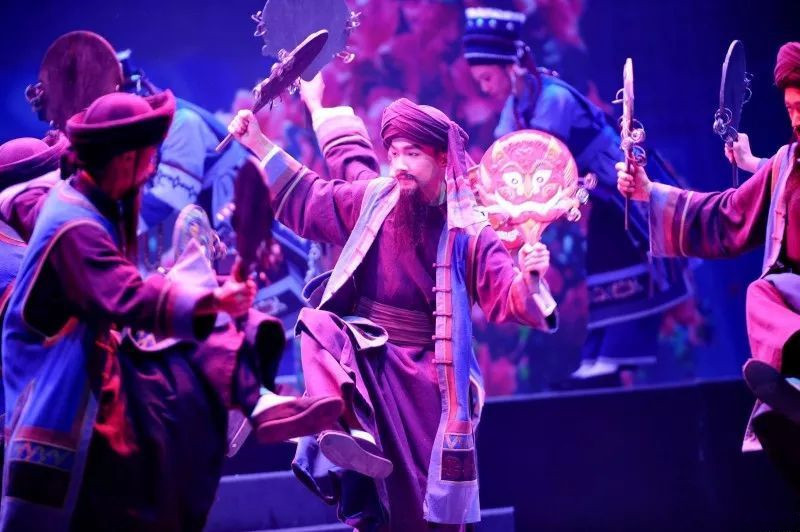 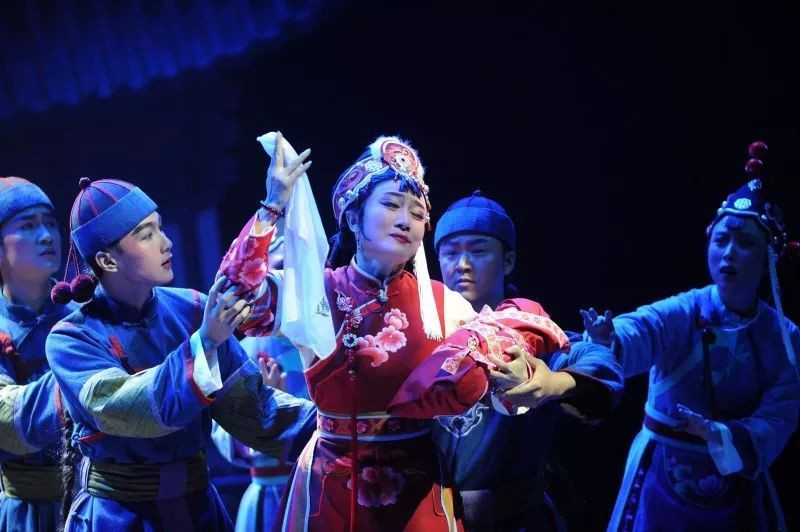 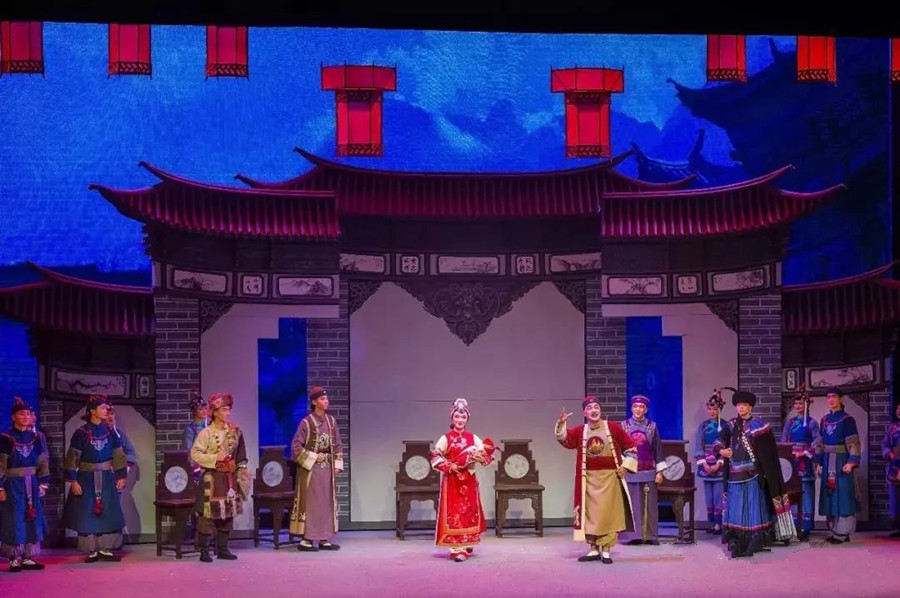