▪ Tranquil Old Town: If you are interested in Naxi culture and architechtures but tired of throngs, Shuhe Old Town is your good choice.

Other Destinations in Lijiang

Four kilometers to the northwest of the Lijiang Old Town, Shuhe Anciuent Town is at the foot of Jade Dragon Snow Mountain laying the Shuhe Ancient Town, which has been listed as a world cultural heritage site by UNESCO. The top attractions in Shuhe Old Town are listed as below: 1.Qinglong Bridge Qinglong Bridge, built of stone pieces, measuring about 25 meters in length and 4.5 meters wide, was built during the Ming Dynasty (1368-1644). The deck has been pock-marked over hundreds of years, [...] 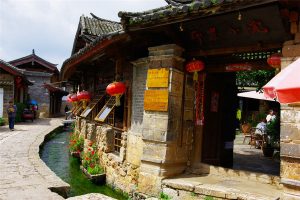 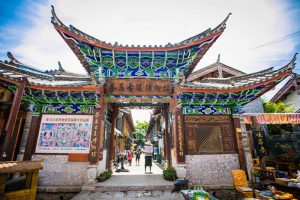 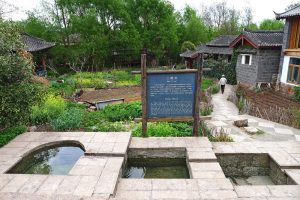 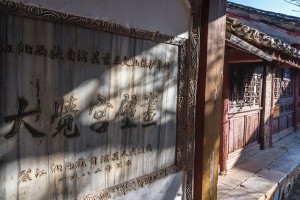 Shuhe Old Town is one of the must-see attractions in Lijiang and it is the place to learn and experience the culture and customs of Naxi people. Here we have one day Lijiang City Highlights Group Tour, 1 Day Lijiang Cycling Tour from Lijiang Old Town to Shuhe, Baisha and Yuhu Village, 4 Days Lijiang City Tour with Jade Dragon Snow Mountain and Tiger Leaping Gorge and so on for you to choose from or you can tailor-make your own private Shuhe Old Town tour. [...] 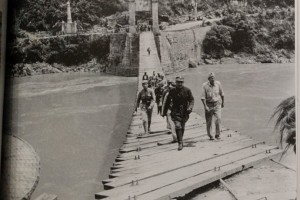 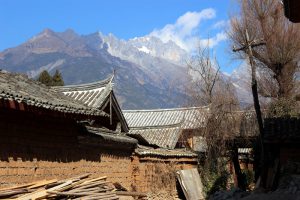 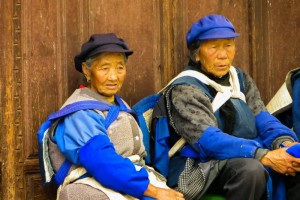 The weather of Lijiang Shuhe Old Town is generally mild, with abundant rainfall in the monsoon period and plenty of sunshine throughout a year. It has an average temperature around 12.6 °C without great changes in the four seasons. But like all highland areas that are bordered by mountains, the weather can change several times in a single day. The rainy season is from June to October, with the heaviest and most recurrent rainfall periods occurring during July and August. Any time during the year is suitable [...] 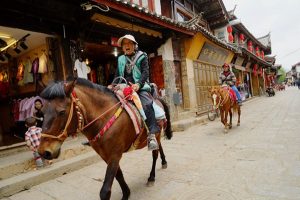 About five kilometers north from Lijiang Ancient Town, Shuhe Old Town, the geographical center of scenic spots of Lijiang, is one of the oldest habitats of Lijiang and well-preserved town on the Ancient Tea Route. There are several ways to Shuhe Old Town from Lijiang listed as below: 1. Take bus 11 to Shuhe Lukou station. 2. Take bus 6 to Shuhe Shangcun Wenmingcun station. 3. Take a taxi. The fare is around CNY 20.  4.Rent a car.  5.Ride a bicycle to reach there. It [...]

1.Lijiang Snow Mountain Music Festival Shuhe Old Town is home to the Snow Mountain Music Festival, which every year brings musicians from around China and the world together for several days. It falls on every August. 2.Bangbang Festival (Stick Festival) The Bangbang festival (also called Lantern Festival) is one of the grand festivals for Naxi people in Lijiang. It's celebrated on Jan.15 Chinese Lunar Calendar. The festival is a market place of Naxi minority to buy wood made pieces, flowers, hand made works with bamboo, food, clothes etc. People dress in their traditional custom. The market last for one week. 3.San Duo Festival Sanduo Festival is the one of [...]

How to Get to Baisha Old Town from Shuhe Old Town 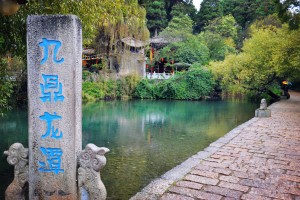 How to Get to Shuhe Old Town from Lijiang City

Shuhe Old Town, as one of the earliest settlements of Naxi people’s ancestors and a well-preserved town along the ancient tea horse route, is away from the hustle and bustle of city life, giving you a great place to relax. Here we collect some useful maps for you to get a better acquaintance about Shuhe Old Town in Lijiang, such as Shuhe Old Town Tourist Maps, Shuhe Old Town Location Map, Shuhe Old Town Lijiang Map. [...]

How to Get to Baisha Old Town from Shuhe Old Town

How to Get to Shuhe Old Town from Lijiang City

Shuhe Ancient Town is an important constituent part of Lijiang Ancient City, a world cultural heritage site in China. There are many high-quality hotels in the old town although the quantity is not as good as that of Lijiang Old Town. Shuhe old town is much more tranquil than Lijiang Old Town, less crowded and less noisy, and the air is very good at the foot of the mountain. Follow Yunnan Exploration to discover the best hotels in Shuhe Old Town such as Banyan [...]