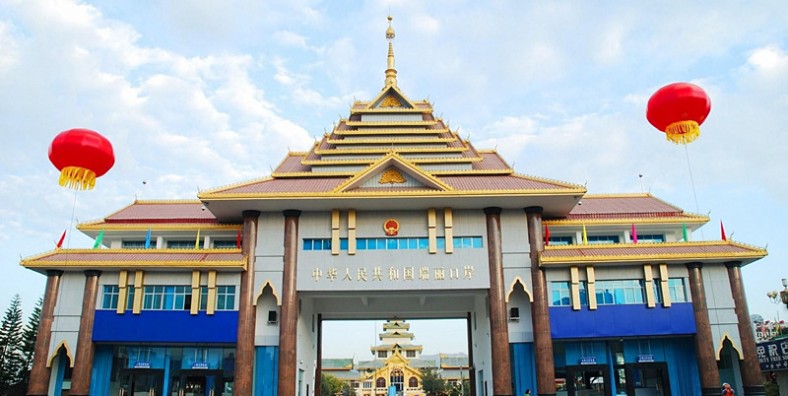 Jiegao, an old town refurbished taking on a new look, has become an export-oriented economic experimental zone in Yunnan, thus won its name "Shenzhen in Yunnan", a most important port in Southwest of our motherland. It can be predicted that the rapid rise in Jiegao will be an emerging new international business and tourist city, with the border characteristics, ethnic characteristics and modern facilities competing with cities of Shenzhen, Zhuhai and so on.

Why is Jiegao Border So Special

“Jiegao” is a Dai Language, meaning “the old town”. It is said that Sinan King of Luchuan built his capital here in the late Yuan Dynasty or the early Ming Dynasty. Thus the town got such a name. During the Anti-Japanese War, Jiegao was a very prosperous town. American planes frequently came here, carrying military supplies. It lies 4 kilometers away from Ruili, and is the only part of Ruili Town on the southeastern bank of the Ruili River, known as “shatoujiao” or “Tianyahaijiao” in the southwest of China.

It is located in the downtown of Ruili about 4 km southeast of the Ruili River, with a total area of 2.4 square kilometers closely linked to the state level port—Mujie(Muse) of Myanmar in the East, south and north.

How to Get to Jiegao Border

During the Anti-Japanese War, a temporary airport was built here and there were very often takeoffs and landings of the U.S. aircrafts delivering munitions and supplies. It is located in the downtown of Ruili about 4 km southeast of the Ruili River, with a total area of 2.4 square kilometers closely linked to the state level port—Mujie(Muse) of Myanmar in the East, south and north.

In 1987 Jiegao became an important port where bilateral trade could be done. In 1991, “Jiegao Border Trade Economic Zone” was set up. China and Burma have built China-Burma Street, which is now filled with stores and shops. Since 1992 the imports and exports from Jiegao have accounted for 50% to 60% of the total imports and exports of the border trade of the province, and over 30% of the imports and exports of the border trade from the inland ports throughout the country. Jiegao Bridge across the Ruili River links Ruili with Jiegao. The bridge is now the longest road bridge in Yunnan and on the boundary line in the Southwest of China. In a word, the booming Jiegao has become a newly- developing business town and border resort with typical ethnic features and modern facilities. 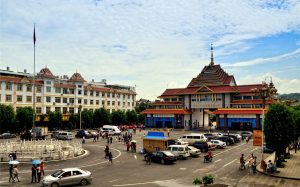 Spring and fall are the best time to visit Jiegao Border.

One-Tree Forest
In fact, One-Tree Forest is a large banyan tree, which has a history of more than 900 years, with 32 earial roots streight pinning into the earth. Banyan is a special and unique landscape in Ruili, it’s everywhere no matter in the vallies or villages or on the sides of the roads. people value banyan as holy tree, so they only plant these trees but don’t cut them. The big Banyan is in the one-tree forest park, and it’s 28 meters, what makes it more precious is that it has been standing there for over 200 years. The tree has many aerial roots hanging down from above, and they are interwined with one another, ending in the root. there are also so many aerial roots hanging down and they took roots in the earth, forming a forest that makes up of pillar-like roots, thus one-tree forest is shaped. It’s a very attractive and magical natural scenery. One-tree Forest has become a scenery that tourist must go, and it’s one of the hottest sceneries in Ruili.

Zhaduo Waterfall
Moli Waterfall is located in Moli Valley, also called Zhaduo Waterfall, and hides in deep mountains and forest. the clean water falls from 40-meter cliff, it’s like a white silk flying and dancing in the wind, you can hear the falling sound of water far away. There is a small brook flowing under the waterfall. The whole part of the waterfall is the soul of the scenic area, it’s very enjoyable to watch and feel the waterfall in the morning when the sun rises. It’s also very worthy to go there in summer, you can feel splashes from the waterfall and splash on your face, it’s very nice and cool.