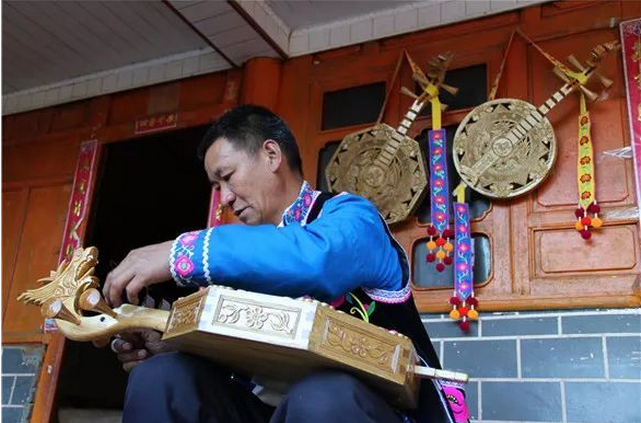 Located in central Yunnan’s Chuxiong Yi Autonomous Prefecture, Nanhua County was known as Zhennan Prefecture in ancient times. Here, the Zhennan Yueqin has risen to fame across the province since the Qing Dynasty(1644-1912). Now, the craft of making Zhennan Yueqin has been put into the list of the provincial-level intangible cultural heritage. And Local Yi people like to play Yueqin as accompaniments to their singing and dances during celebrations and festivals.

Born in 1963 in Chahe Village, Nanhua, Li Shuming has showed his artistic talents in singing, dancing and playing music instrument since childhood. Among all the instruments, Yueqin has given him a deep impression. 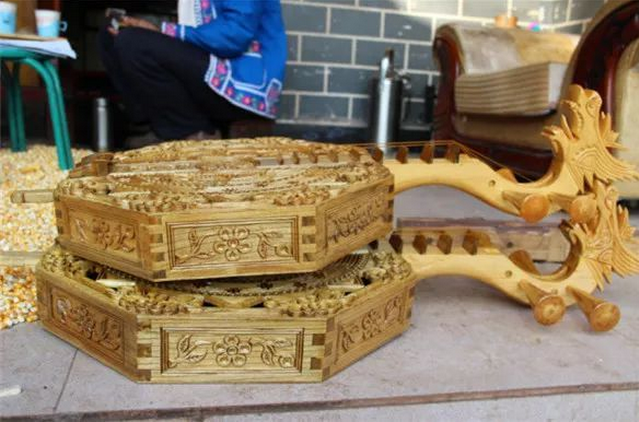 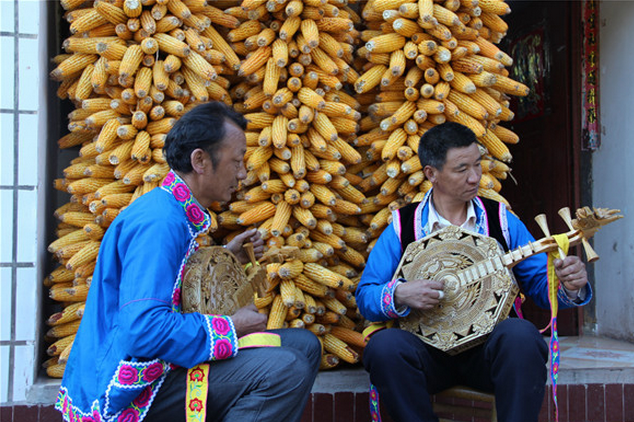 According to Li, it takes at least half a month to make a Zhennan Yueqin. He is very picky about the raw materials including the wood, strings and paint in order to make high-quality Yueqin. The making is very complicated and goes through more than ten procedures. From dissecting the wood to designing and carving patterns, from painting to stringing, every step is completed manually. Hence a low output each year. 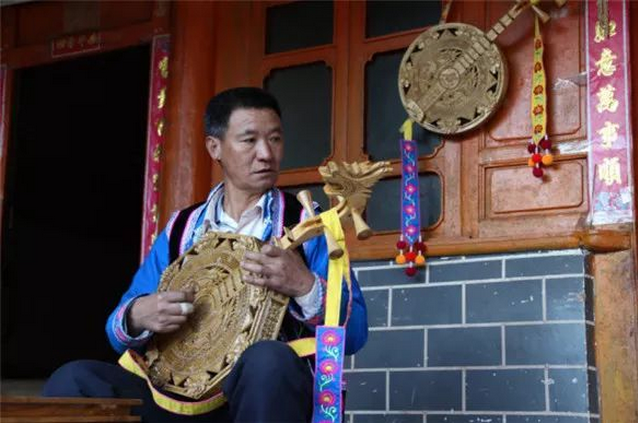 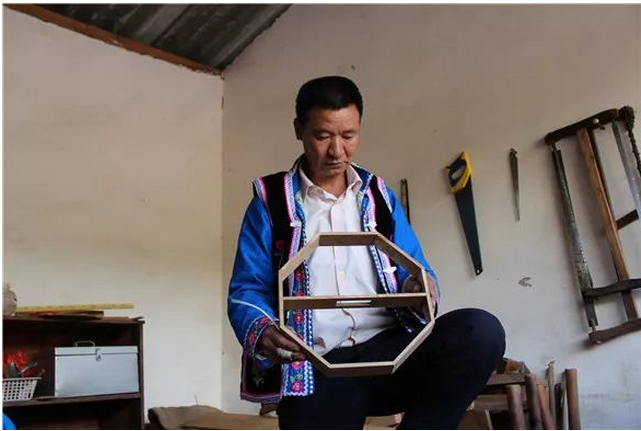 To pass on the craft, Li receives dozens of apprentices, some of whom has already become masters. The Zhennan Yueqin Li makes not only sells well in China, but also is popular in foreign countries. On behalf of Yunnan, Li has participated in exhibitions held in first-tier Chinese cities like Shenzhen, Shanghai and Beijing. And he is making innovative efforts in protecting and inheriting the craft of making Zhennan Yueqin.

China facilitates meter-gage railway freight transportation to Vietnam
How to Get to Yuanmou County from Kunming
Tips on Traveling to Yunnan in Autumn
Majiazhuang Village of Lvhe Town in Chuxiong City, Chuxiong
The Tea Harvest Seasons in Yunnan
Mala Village of Jiangyi Town in Yuanmou County, Chuxiong
Pumpkin Flower Dish in Yunnan
Yunnan Group Tour: the Best and Cheapest Way to Travel to Yunnan for Many Tourists