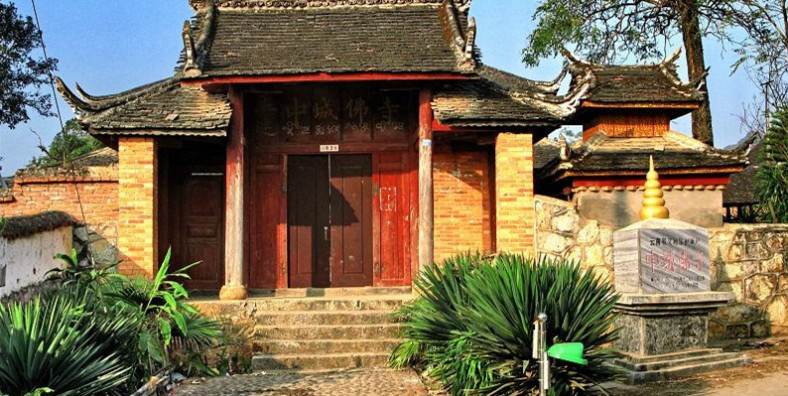 Why is Nayun Ancient Town so special?

The Nayun Ancient Town of Menglian Dai, Lahu and Wa Nationality Autonomous County, Pu’er City, retains the traditional layout, and preserves a relatively intact architecture of the local official and religious buildings, which stands as an excellent representative of Nayun’s Dai architecture as the cultural characteristics of the Dai nationality and Han nationality are combined in harmony.

What are features of Nayun Ancient Town 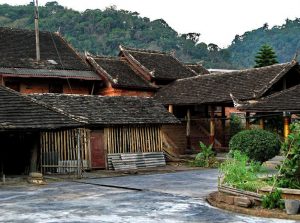 The Dai folk houses of Nayun have also kept the local religious and ethnical characters. Each scenic element in the ancient town embodies a spiritual expression of the Dai people living in a certain area, displaying the unique appeal of Nayun, and conveying the historical, aesthetical, economic and cultural values of the ancient town.

Nayun is a mysterious town in the south of Yunnan. One of the palaces with the highest hierarchy for Dai ethnic group in both China and Southeast Asia used to be situated here.

There is a saying “the north of Yunnan is famous for the Dayan Ancient Town in Lijiang and the south of Yunnan is well-known for Nayun Town in Menglian Dai, Lahu and Va Autonomous County.” However, owing to the inconvenient transportation, Nayun didn’t get the focus of public at an early time, leading to the well-preserved festival featured with Dai style.

Shenyu Festival: the only carnival on the water in the world

Shenyu means sacred fish literally. The carnival on the water is held every April and May beside Nanlei River which runs through the town. “Shenyu Festival” is the second most hilarious festival for Dai people except for the Water-Sprinkling Festival. There is a saying about the festival. Long time ago, Dai people lived a hard life. The Buddha dispatched the fiddlehead and fish to the place where Dai people live. The fish propagated in the river where the fiddlehead overgrew, which had improved people’s life. In order to memorize the approach of the happiness, Shenyu Festival has been inherited since then.

Where is Nayun Ancient Town?

Nayun Town is the downtown area of Menglian Dai, Lahu and Va Autonomous County, Simao City, Yunnan province. “Nayun” is homophonic of Dai language, meaning inner city. The central area of the town is about sixty km from the border between China and Myanmar. The altitude ranges from 950 meters to 2,239 meters here. With the average temperature of 19.6℃, it is the last remaining ancient city of Dai ethnic group in China.

Built in 1289, the city is the best-preserved ritual architecture group of Dai in the system of appointing national minority hereditary headmen. A government office in feudal headman system of Dai used to be one of the palaces of Dai with the highest hierarchy in both China and Southeast Asia. Due to the relationship by affinity with the neighboring headmen, the headmen here were believed to have genetic relationship with the public in Southeast Asia, which had won the town eminent status and high reputation. “Dai people living in Myanmar and other countries in Southeast Asia pay religious homage to the town annually. Some women take off their shoes when they arrive at the door of the palace. With naked feet and bowed head, they pay respects to the supreme god in their heart. Nayuan Ancient Town has a kind of sense of identity and belonging for them.” 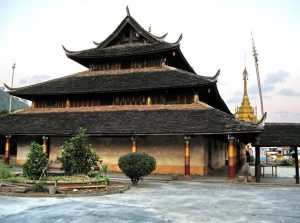 In addition, the scenic area, boasting other scenic spots including Golden Pagoda of Menglian and Mengwai Nayun Chieftain Summer Resort, serves as a scenic area for tourism integrating the landscape scenery, religious culture and folk customs. 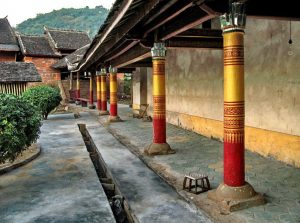 Completed in April 1997, Golden Pagoda of Menglian is a splendid and glittering pagoda of Hinayana Buddhist subject to the influence of the typical culture of South Asia. The scenic spot is comprised of a 31.6m-high main tower and 24 attached towers surrounding the main one. Each tower is decorated with wind-bells tinkling crisp and jingling chimes along with the wind. Dai people believe that the jingling sound is unique to Brahma from heaven, providing people with an exotic connotation of Buddhism.
Golden Pagoda of Menglian, opposite to Menglian Xuanfuci Department Chieftain Government Office, is a symbol of the unity and progress among all ethnic groups inhabited in Menglian County. Menglian Xuanfuci Department Chieftain Government Office, called “Hehan” in Dai language, which means “the golden palace”, is perfectly matched with Golden Pagoda of Menglian, thus adding more splendors to each other. Golden Pagoda of Menglian is the largest gold-decorated stupa in Yunnan Province as well as a wonderful attraction of Menglian County.

Shuttle from Simao Bus Terminal to Menglian County. You can have lunch after arriving at Menglian County, then take an electromobile (2 Yuan/person) to Nayun Town. Walk in Nayun Town to experience the local Dai dwellings and traits. Then go for Shangcheng Buddha Temple on the Jinshan Mountain, which is a dedicated Buddha temple for chieftain family in the chieftain period (free admission). You can also appreciate sunset at the temple in the late afternoon. Then return to the town for dinner, and live in the Zhenshan Hotel or local residence for one night.

Get up early and go to the famous Menglian Xuanfu Department. Ticket is 10 Yuan per person. In addition to the ancient architectural complex and historical perspective combined Han and Dai ethnic group, it is also worth seeing the Menglian County Museum of National History in the complex. Nearby the Menglian Xuanfu Department, there is a Zhongcheng Buddha Temple, where you can see the Buddha temple construction of national style and understand the Buddhism faith of Dai ethnic group. Ticket is 2 Yuan per person. After lunch in the town, you can visit the Menglian Pagoda, facing the Mengliang Xuanfu Department across a great distance. It consists of a main tower encircled by 8 smaller ones, glittering in golden color, which is very beautiful. Then you can take a shuttle back to Simao, or to live several more days in Nayun Town to experience the Dai culture.

How to Get to Menglian County 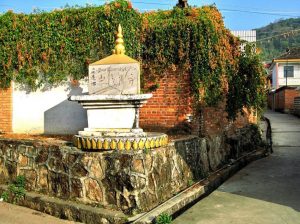 Lancang Jingmai Airport is located in Donghui Town, Lancang County, Pu’er and is 30 kilometers away from the seat of Menglian County, which is the closest airport away from Menglian County.

Pu’er Simao Airport is 220 kilometers away from the seat of Menglian County.

Xishuangbanna Gasa International Airport is 128 kilometers away from the seat of Menglian County.

There is the Passenger Station in Menglian Dai, Lahu and Wa Autonomous County for people to get in.

Take the taxi or rent a car to go to the Nayun Ancient Town.

Where to Stay in Mojiang County

Mojiang County is a county under the jurisdiction of Pu’er City, Yunnan Province, China. There are many hotels around Mojiang County. Yunnan Exploration will provide the best hotels for you. The recommended hotels are as follows: 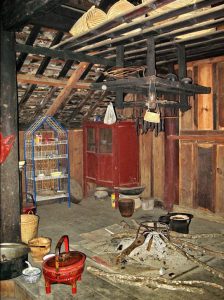 It is suitable to visit Menglian all year round. Like many other cities in Yunnan, Menglian is a place where the seasons are like spring. There is no cold, no heat, warm and humid, especially suitable for human habitation, so you can go to Menglian at any time.

When you traveling Pu’er, Mojiang County is a good place to be put on your list. It can be joined in whatever your Pu’er tour or Yunnan Tour.

4.Sino-Burma Street, just opposite the Minzu Square, is a place of exotic atmosphere, where you can find plenty of treasures, cosmetics at a duty-free price, along with imported goods and food from Thailand. It is a dazzling place.