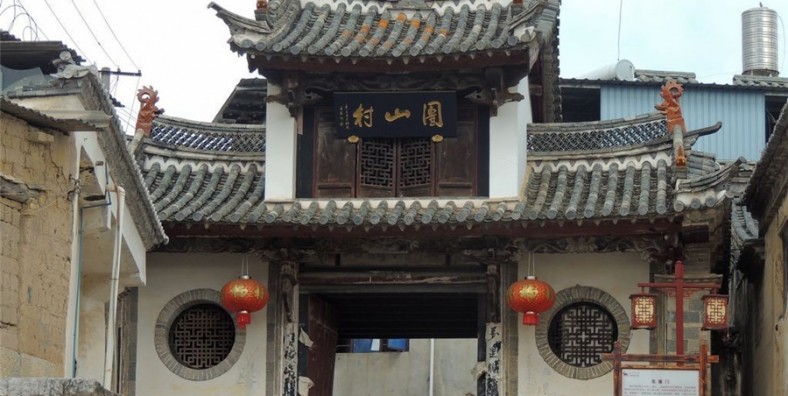 Tuanshan Village, built in Qing Dynasty, regarded as the Gem of Chinese Civil Houses. Visiting thr village is like travelling to another China. Small, cobbled lanes and old women with bound feet blend leave you with impressions of timelessness, art and architecture. It has been enlisted by the World Monuments Fund (WMF) as one of the 100 Most Endangered Places for the year of 2006.

The gate though to little village Tuanshan is much smaller than the city gate of Jianshui. Just over 20 minutes drive away from Jianshui City, the Tuanshan village is a typical countryside tour. It looks neglected and deserted, quietly moving along at its own tempo.

About 400 years ago, many of the villages managed to make a fortune in the outside world and following Chinese tradition, they sent the money home to build grand houses, with exquisite carvings. The wood carvings along the roof and the equally exquisitely carved stone mantle skirting, which protects the wooden pillar, tells us how people in the past enjoy the finer things in life. 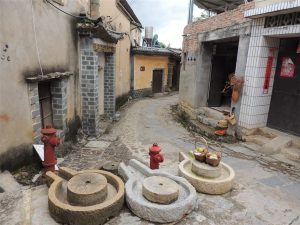 John H. Stubbs, vice president of World Monuments Fund (WMF), made a special trip last Friday to Kunming to grant a certificate to a government official of Jianshui County which administers over Tuanshan Village.

“Tuanshan is the most beautiful village where the architectural style of the 19th century and beyond remains intact and the distinctive way of people’s life is preserved, fully showcasing China’s indigenous cultural characteristics,” said Mr. Stubbs, “We put Tuanshan on our Watch List because we believe it is of world value and is the common heritage of the whole humankind.”

Apart from Tuanshan, five other Chinese sites were also included by WMF, a non-profit international organization based in New York, in its watch list for the year of 2006.

According to historical records, under the rein of Hongwu during the era of the first Emperor Ming Taizu, or Zhu Yuanzhang (1368-1398) of Ming Dynasty (1368-1644), an ethnic Han tribe of Zhang descendants migrated all the way from east China’s Jiangxi Province to Yunnan and settled down in Tuanshan Village, living peacefully together with the people of the Yi ethnic group. 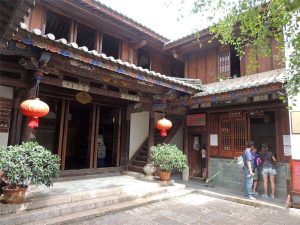 And the cultural blend of the Han ethnicity, or known as the Chinese, and the ethnic Yi people is ubiquitous in the architecture features preserved till today in Tuanshan, where there live 240 families, with 920 people in all.

The building structures in Tuanshan, most of which were built in late imperial Qing Dynasty (1644-1911), are unique two-storey compounds with houses around courtyards, facing the east for the front direction and featuring black tile roofs, pointed eaves, whitewashed outer walls.

Nevertheless, factors such as the increased human activities in the village, bugbites to wooden structures and and erosion by weathering with the stone engravings, as well as pollution constitute pressures to the protection of the centuries-old village.

“The contradiction between the limited space, limited capacities and the ever increasing number of residents in the village has become stark,” said Huang Ming, a senior urban planner, “Congestion, pollution and noise all adversely affect the tranquility of the ancient secluded village and disturb the daily life of local residents.” 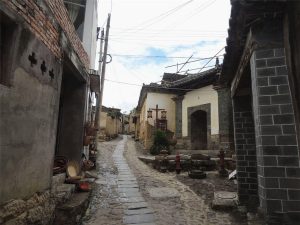 Zhang Jiannong, an official in charge of cultural affairs with Jianshui County, said that along with changes in residents’ concepts of lifestyle in Tuanshan Village, the existing infrastructure and environment of living could no longer sustain the growing need of a modern life, or cater to a demand from developing modern industrialized economy.
In the meantime, more and more residents in the village turn to new ways and materials in home repairs at their own cost, thus halting the continuity in the traditional architecture style in the village, said Zhang.
While echoing urban planner Huang Ming’s view that the main problem Tuanshan Village is now facing is contradictions between the ever expanding population and the worsening environment, Zhang contended it was hard to strike a balance between the two.
“Unplanned construction of bungalows as a result of overpopulation will ruin the village, but relocation of extra villagers will eventually lead to the loss of the unique lifestyle and folkways of Tuanshan Villagers,” Zhang worried.
Jianshui county government worked out in 2004 a detailed plan pertaining to the protection of centuries-old Tuanshan Village from extinction. Meanwhile, a new residential area will open to take in residents relocated from Tuanshan Village whose residents can only be confined to 104 families, with a total of 504 people.
However, an acute finance shortage has put all the protective measures in a dilemma.

Pu Meiqing, chief of Construction Bureau of Jianshui County, hoped that the inclusion of Tuanshan Village into the watch list of the World Most Endangered Sites could help increase publicity of the ancient village and draw the attention of general public to it, and bring in some financial aid for its protection.