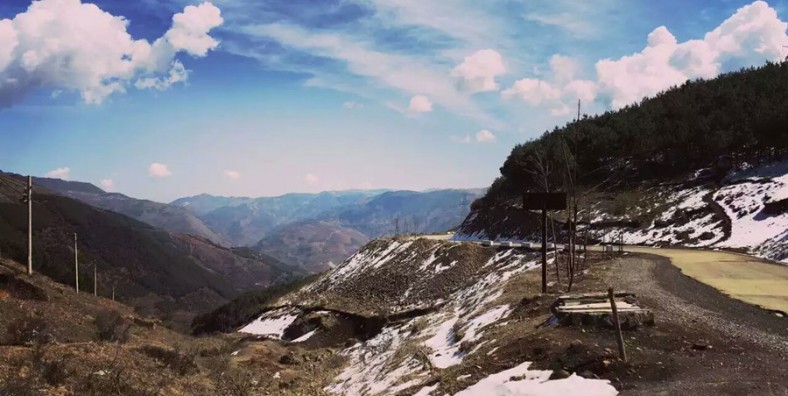 Dayao Mountain, named for its rich production of Chinese herbal medicines, is a holy place with Chinese traditional medicine culture as the main part and far away from the urban hustle and bustle.

Why is Yaoshan Mountain So Special?

On August 9, 2005, the state council approved the establishment of Yaoshan National Nature Reserve. On the right bank of the middle and lower reaches of the grandeurs Jinsha River, there stands a steep and magical mountain. It is the holy mountain in the heart of the local villagers in Qiaojia County of Zhaotong City and it is called Dayao Mountain, which means mountain of herbal medicine. Dayao Mountain is a famous part of the Wumeng Mountain group in Yunnan Province. As a National Nature Reserve, the mysterious Dayao Mountain is named for its rich Chinese herbal medicines. Bestowed with abundance and beauty, it is a home to various birds, animals and wild plants with its fascinating history and culture.

Where is Yaoshan Mountain – Location

Yaoshan mountain lies in the direction from north to east. The western slope is steep, with cliffs rising from the valley where the two rivers meet. The south slope is relatively gentle, which is the main forest area of Yaoshan Mountain Nature Reserve, where the strange and magnificent mountain landscape is concentrated.

From the valley to the top of the mountain, there is an elevation difference of more than 3,500 meters. Due to climate factors, the natural landscapes differ in different parts of the mountain. It is precisely because of “being in this mountain” that the villagers near Dayao Mountain know something about “art of healing”. 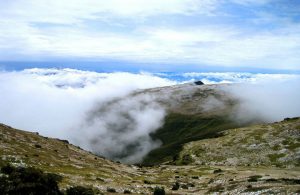 The plants at the foot of Yaoshan Mountain are mainly Wumeng fir joined by alpine oak, davidia involucrata, taxus chinensis and arrow bamboo. Many kinds of medicinal species and wildflowers prosper under the canopies of evergreen trees. A variety of rare animals, like practicing Taoists hermits hide in the forest to enjoy freedom. There are 1,406 species of higher plants in the mountain, boasting of plant diversity and rarity, including 172 species of ferns, 17 species of gymnosperms and 1,217 species of angiosperms. Among them, 22 species are national  class I or II protected plants. There are 13 species of Chinese endemic plants, such as Cycas panzhihuaensis, Abies lanceolata, Euptelea pleiospermum, Tetracentraceae, Cercidiphyllum japonicum, Cleome viscosa and Meconopsis wumungensis. Meanwhile, Dayao Mountain National Nature Reserve is also the source of type specimens of a variety of plants, such as the reserve’s unique plant Qiaojia Five-needled Pine, as well as other 22 species including Qiaojia Corydalis, Qiaojia Saxifraga stolonifera, Salvia kiaometiensis and Qiaojia Spiraea.

A variety of animals can propagate freely in Dayao Mountain National Nature Reserve. According to statistics, there are 258 species of wild terrestrial vertebrates in the reserve, belonging to 75 genera, 31 orders and 4 classes. Among them, there are 30 species of nationally protected wild animals such as otters, pangolins, leopards, golden cats, Viverra zibetha, gazelles and musk deer. 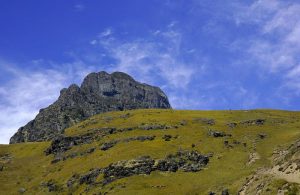 The bark of pine trees are grayish brown. Compared with ordinary pine trees, white bark pines are more beautiful in shape, and the wood of white bark pines is hard with fine texture, which is easy to process. It is naturally creamy yellow, and is an excellent furniture and building materials. The furnitures made of white bark pines are beautiful and elegant. At present, there are only 34 individual plants of Qiaojia Five-needled Pine in the world, which is the “backbone” species in Yunnan Dayao Mountain National Nature Reserve and known as the “panda” in the plant world.

What to See at Yaoshan Mountain

Rocks on the Hillside

On the hillside stand countless black giant rocks, some of which are themselves mountains. In the company of bamboos, grasses, flowers, butterflies and bees, they stand on the hillside for eternity, as if safeguarding the Dayao Mountain. To express their reverence, the intelligent ancestors of local people attached mysterious legends to these rocks to keep them alive. The most famous legend is about the seven fairies. On the east side of the Dayao Mountain and under the V-shaped slope, there are seven stalagmites on an open land between two cliffs. Their heights vary from three to four meters. They are called the “Seven Fairies”. Looking from afar, they look like seven fairies riding the cloud. 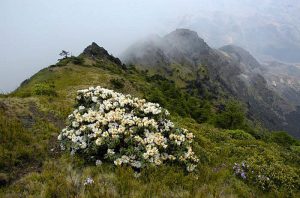 According to legends, seven fairies could not bear the various restrictive rules and the conditioned life in the heaven, and descended to the earth, looking for pleasure. The lofty Dayao Mountain attracted their attention. The blooming flowers, cute animals and beautiful sceneries of the mountain enchanted them to settle down for good for earthly happiness.

Wonderland on the Mountaintop

The gently sloped peak platform of the Dayao Mountain demonstrates wonderful sceneries with dozens of kilometers of strings of meadows, rhodiola, snow tea and azalea of all sizes, with more than 100 glacial lakes dotted in the picturesque mosaic landscape. On the edge areas, meadows are like a paved painting canvas. The beauty of these meadows changes with the season. In spring, the meadows seem reluctant to say goodbye to the winter. They just look bleak and everything is serene. But in summer and autumn, thick meadows promptly come back to life and grow into a grayish green carpet. On the mountain top, wild flowers usually exist in clusters. In the cold winter, frost and snow wither meadows and turn them into silence. The largest two glacial erosion lakes on the mountain, also the most mystic and fascinating ones, are Big Dragon Lake and Small Dragon Lake, three kilometers away from each other. The two lakes are a pair of bright eyes of the Dayao Mountain. They are bright, holy and pure.

How to Get to Yaoshan Mountain 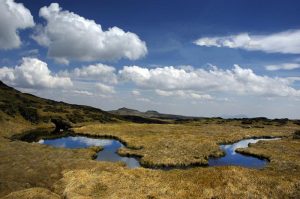 It’s suitable traveling to Yaoshan Mountain all year round. Especially around the Dragon Boat Festival, not only the scenery in the mountains is charming with azaleas blooming all over the mountainside, the medicinal herbs in the mountain are also in the best shape at this time. Therefore, the villagers will go up the mountain to collect herbs to cure various difficult and complicated diseases, and their prescriptions passed down from generation to generation, becoming a precious treasure of mankind.