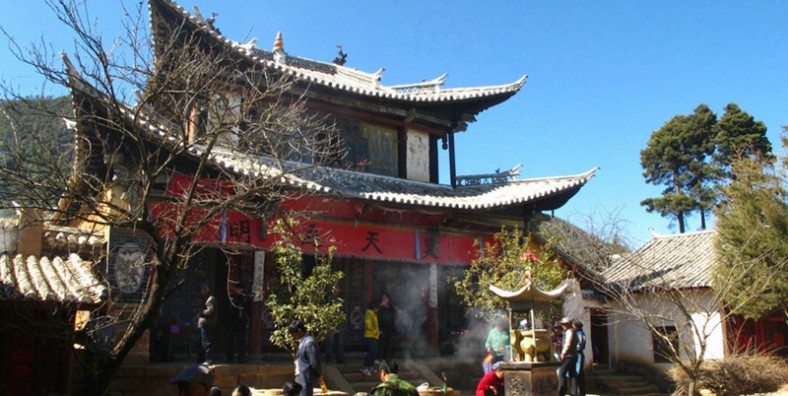 Baoxiang Temple(宝相寺), also known as Shibao Temple, is known as “the hanging temple of Yunnan” because of its dangerous location. It was built in Zhengtong Period in Mingzheng Dynasty. It was originally Taoist temple. Later, Buddhism flourished. Except for the Jade Emperor Pavilion, most of the temples worshipped Buddha statues and became a place where the Buddha and the Tao merged. The temple was built on the steep cliffs of Foding Mountain. The temple is situated in west and faces to the east. Entering the mountain gate and reaching the Tianwang Hall, the Daxiong Hall rises in layers. The Maitreya Temple and the Jade Emperor Pavilion are built in the cliff. It can be reached by climbing poles from the left and right.

Where is Baoxiang Temple?

Baoxiang Temple is one of the attractions of Shibao Mountain Scenic Area in Jianchuan County, 120 km from Dali City. Baoxiang Temple, is built on a towering and steep stone cliff on the top of Mount Foshan. It is 6 km from Shizhongsi Grotto.

With the title of ‘Yunnan hanging Temple’, Baoxiang Temple was constructed in the Yuan dynasty (around 1291 A.D.). It is famous for its unique location, hanging in the cave of the steep cliff. It is the brave one who can climb to the temple. 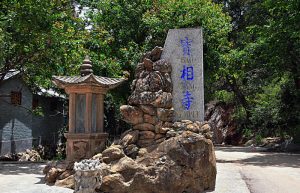 For a long time, the eight scenic spots in Baoxiang Temple touched the hearts of many literary people, who sang its praises. The landscape here is some of the most beautiful in the entire scenic area. It attracts flocks of wild monkeys that have taken up residence there. “Playing with the monkeys” in Baoxiang Temple can be one of the most interesting and fun activities in your tour.

Shibao Mountain is well known not only for its breathtaking landscape, but also for its marvelous grottoes. The Shizhongshan Grottoes, known as ‘the gem of the south in Yunnan’, were created by the ancient Bai People in the historical period of the Tang and Song dynasties. So far, a total of 16 caves and 139 sculptural images have been found.There are works made in both the Nanzhao Dynasty and in the Kingdom of Dali. A wide range of subject matters are featured in the Shizhongshan Grottoes, including Buddhist figures, political life of the Nanzhao Dynasty, religious beliefs of the Kingdom of Dali and images of people from other countries in Asia.