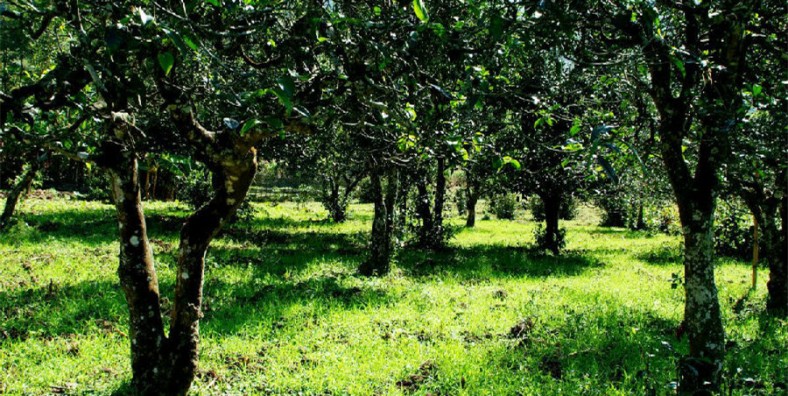 Located in Jinggu County, Wenshan Village, Wenshanding Tea Plantation is mainly distributed in the vicinity of Dashi Temple in the village. It’s the ancient tea garden with high quality in Xiaojinggu tea area（小景谷茶区）. Wenshanding Tea Plantation belongs to Xiaojinggu tea area which is located in the north of Jinggu County, 41 kilometers away from the county. It borders with Zhentai Township of Zhenyuan County. It has a subtropical highland monsoon climate with the forest coverage rate of the entire county of 76.4%. The annual precipitation is 1200-1400 mm while the annual average temperature is 20 ℃.

About the Tea in Jinggu County 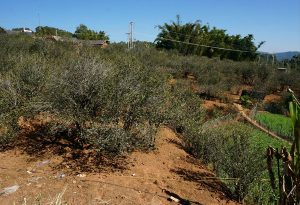 Jinggu County is located in the southwest of Mt. Wuliang, Hengduan Mountains. It is one of the counties that distribute many Yunnan old tea trees. It is also one of the oldest tea growing regions in Yunnan. In 1078 China’s only Magnolia fossils were found in Mangxian County, Jinggu. The Magnolia fossils which have the history over 3540 year is accepted as the father of the modern tea tree.

The ancient tea garden distributes almost in every village in Xiaojinggu. The most representative and famous of them are the two ancient tea garden areas Kuzhushan（苦竹山）and Wenshanding（文山顶）. The old arbor trees in the tea area have the features of fat buds, long line, well-tomentum, bitter taste with little sweet, great after-taste and graceful flavor.

What are features in Jinggu Tea 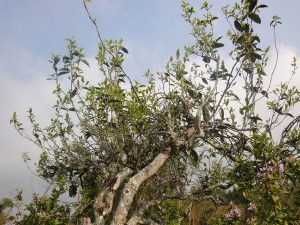 Second, the ecological situation is good. The Xiaojinggu tea area has not undergone a large-scale tea garden transformation. The ancient tree tea is basically grown naturally by trees, and has not been dwarfed.

Third, the tree is older. Xiaojinggu has a history of various teas earlier, but the largest amount of existing tea should be formed after the promotion of planting in the Qing Dynasty (the Qing Dynasty official residence). Many of these ancient tree teas are large trees with a diameter of more than 10 cm.

Fourth, the tea is better. Affected by natural conditions, tree age and ecological status, the Xiaojinggu tea area is more fragrant, with long lines and velvet hair. The tea soup is bitter and sweet, the bitterness is obvious, the bottom of the cup is fragrant, and the mountain is good.

How to Get to Wenshanding

Firstly, you should get in Jinggu County.

There is the Passenger Station in Jinggu County for people to get in.

Take the taxi or rent a car to go to the Wenshanding.

Where to Stay in Jinggu County

Jinggu County is a county under the jurisdiction of Pu’er City, Yunnan Province, China. There are many hotels around Jinggu County. Yunnan Exploration will provide the best hotels for you. The recommended hotels as follows: 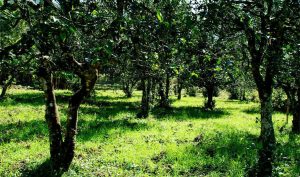 It is suitable to visit Jinggu County all year round. Like many other cities in Yunnan, Jinggu is a place where the seasons are like spring. There is no cold, no heat, warm and humid, especially suitable for human habitation, so you can go to Jinggu at any time.

When you traveling Pu’er, Jinggu County is a good place to be put on your list. It can be joined in whatever your Pu’er tour or Yunnan Tour.