A pygmy slow loris, an endangered species of primates, was caught stealing bananas in a farmer’s field last week in southwest China’s Yunnan Province, and was set free after examination. 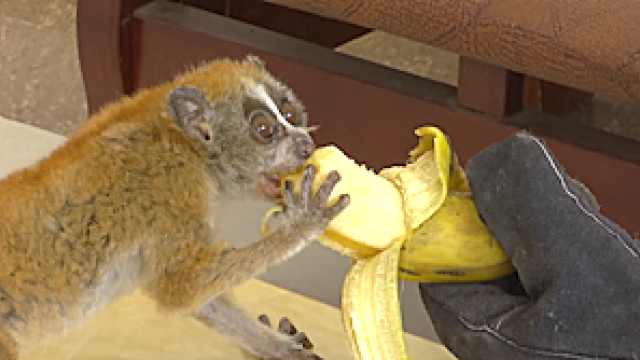 A local farmer in Yunnan’s Jinping County of Honghe Prefecture recently found several bite marks on his ripe bananas, and on the night of July 16, he discovered the thief – a small animal that looks like a monkey. The farmer placed the animal in a rabbit cage, and called local police for help.

Police and experts from the Jinping County Forest Public Security Bureau identified the animal as a pygmy slow loris, a rare animal under first-class state protection in China. After carefully examining the animal, the police found it in good health. They later set the loris free in the nearby Fenshuiling Nature Reserve.