Zhilin Temple in the west of Jianshui Town was built in 1296. With a longer history than the Jianshui Confucius Temple, it is considered the earliest Buddhist Temple in south Yunnan; thus it is rightfully called ”the Earliest Temple in Lin’ an”. There is also a book written in 1450 and entitled An Inscriptional Reconstruction of the Zhilin Temple, depicting the history of how Zen Buddhism spread into Yunnan.

The Former Residence of Zhu De The former Residence of Zhu De was the dwelling place for Zhu De in 1912 – 1915 when he went to Jianshui as battalion commander of the local army. The 200 – square – meter residence, lying at 19 Hongjin Road, Jianshui County, was the private property of Zeng shizhong, a schoolmate of Zhu De in Yunnan Land Force Lecture Academy. It is a courtyard house with three main and six wing rooms. During his stay in Jianshui, Zhu De lived in the three wing rooms on the east. The middle room served as the sitting room and the two wing rooms were used as living rooms. Behind the rooms is a small yard that connects the living room. A small kitchen is in the yard and under it is a gate to the front garden where flowers, trees and bamboo are grown. In those years, Zhu De exercised himself here and talked about world affairs with the Zeng brothers. In 1915, Zhu De left Jianshui to participate in the Democracy War against Yuan Shikai, a warlord, and returned the rooms to the Zengs. 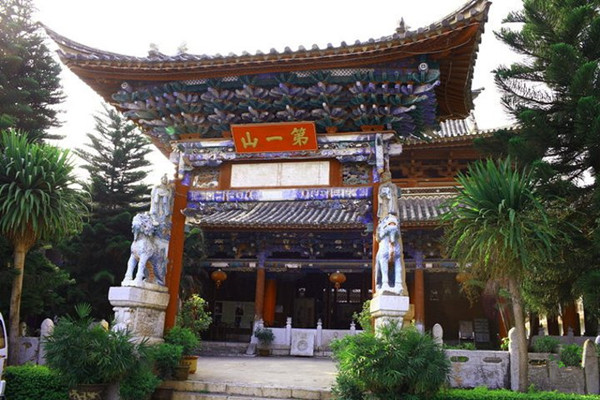