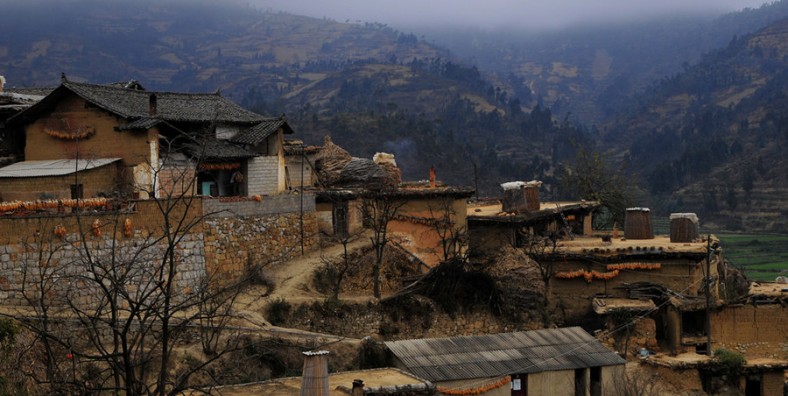 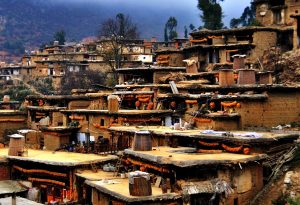 Location: 红河哈尼族彝族自治州泸西县永宁乡城子村
The Chnegzi Village is located in the southern part of the Yongning Township, 20 kilometers from the seat of the Luxi County. The ancient village is on the slope on the Feifeng Hill which is 200 meters high. To the east of the village is the Longpan Hill. To its west are the Yuping Hill and Bijia Hill. To its north is the Furong Hill (Murong Hill). Behind it is the Jinding Hill. The village has more than 600 ancient folk houses which are already more than 300 years old.

The ancient folk houses of the village are mainly made of local lumbers (mainly solid and tight chestnut lumbers) and clay (honeycomb clay). The walls are made of thick lumbers and clay. The roofs are flat and usually have three layers of the inside beam layer, middle straw layer and outside solid clay layer. The houses were usually built in groups relying on hills and connect with each other.

How to get to Chengzi Ancient Village.

So, here is how to get to the transfer station—Luxi County.