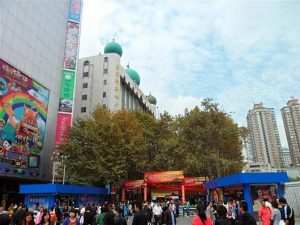 The Develpment of Nancheng Mosque

As the largest mosque in Kunming, the Nancheng Mosque was first constructed during the Tang Dynasty(618-907), and then renovated and reconstructed for many times during the Qing Dynasty. The mosque’s design reflects architectural style of Chinese temples due to the influence of the Buddhist culture.

With the reconstruction of the mosque in 1996, it has been with an estimated area of 2,557 square meters, holding 200 people at the same time. The highlights of the mosque are the Chaozhen hall, Xuanli Tower and the Muslim building.

In the tenth year of Zhiyuan period of Yuan Dynasty (1273), Saiyid was appointed as the Governor of Yunnan Province by Emperor Shizu or Kublai Khan when he first established Yunnan Province to get rid of the inappropriate appointment of the provincial administrators and the unstable administration.

His Introduce Islam to Yunnan 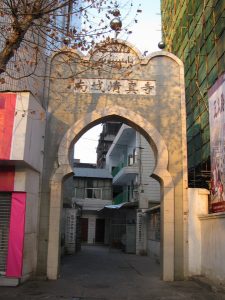 A large number of Muslims came to Yunnan after Saiyid was appointed to be the governor of Yunnan, which made the source of Hui ethnic groups in Yunnan and Islam introduced to Yunnan because historical records said that Saiyid was the descendent of Mohammed the father of Islam. He had many mosques built in Kunming, Dali, Lin’an, Ludian and many other places. It was said that he built twelve Mosques in Kunming among of which the well known are the Chengna Mosque at Zhengyi Road and the Yongning Mosque at Jinbi Road.

The Historical Influence of Nancheng Mosque

1. In the last hundred years, Nancheng Mosque has become the center of Islamic activities in Yunnan.
2. The first ethnic middle school was founded here, which is called Mingde Middle School. And Mingde Middle School has trained a large number of talented people.
3. The Islamic Monthly Newspaper was founded in 1915, which is the first Islamic publication in China and has a great influence.

By Subway: You can take subway Line. 3 Wuyi Road Station, then walk to Nancheng Mosque for five minutes.

By Taxi: It takes tourists 10 minutes to Nancheng Mosque from Down of Kunming by taxi.