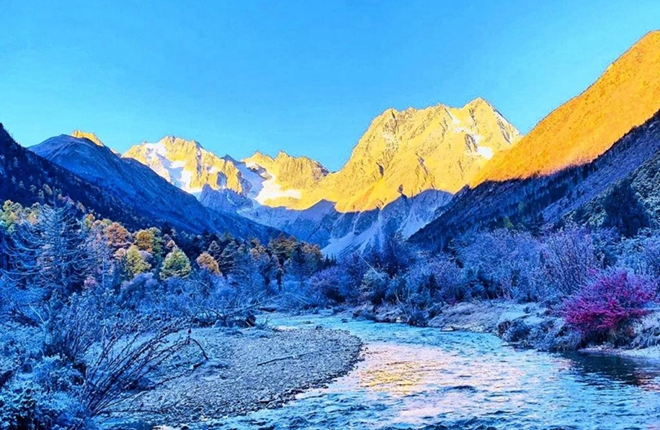 Walking into the Quzonggong area in Baima Snow Mountain in late autumn, one will surely be impressed by the pristine area: quiet, holy, colorful and like the wonderland in a fairy tale. 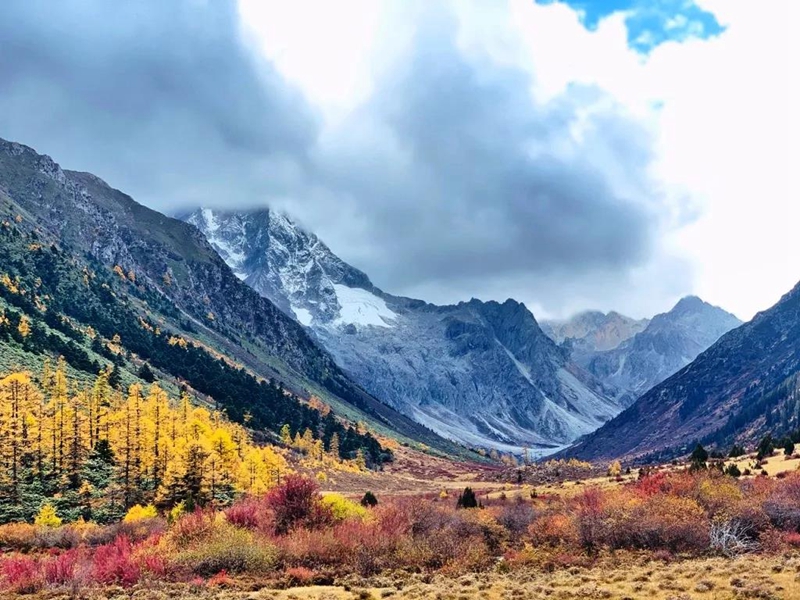 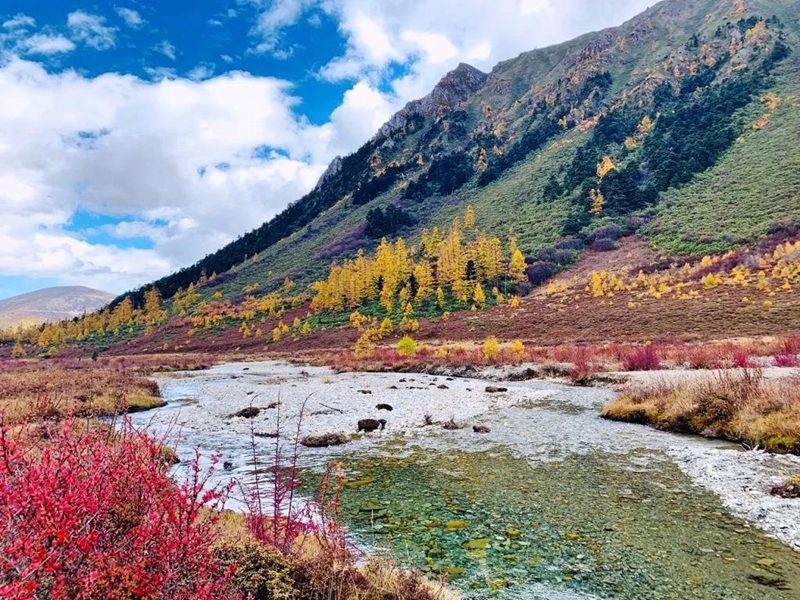 Located in the northernmost part of the Baima Snow Mountain nature reserve, Quzonggong means the place where two rivers meet. And here the two rivers refer to Jinni and Jinniu, which are formed by the melting snow from the Baima mountain peak.

When the two rivers merge into one, it is called the Zhubaluo River, and after a flow of some 50 kilometers it emptied into the Jinsha River, the upper reach of the Yangtze River. 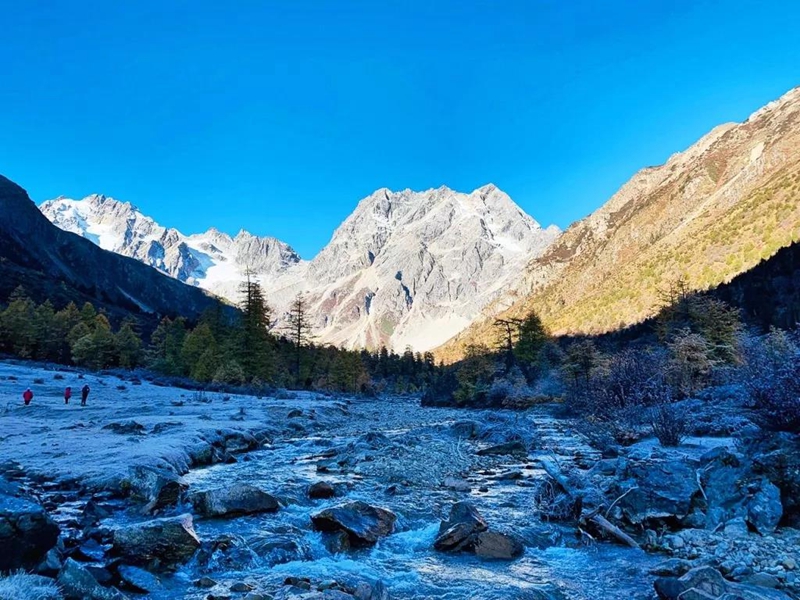 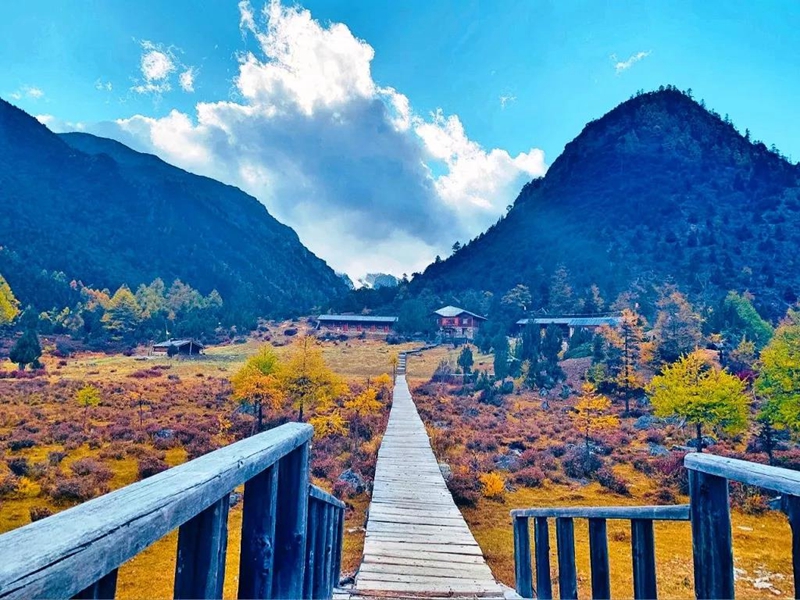 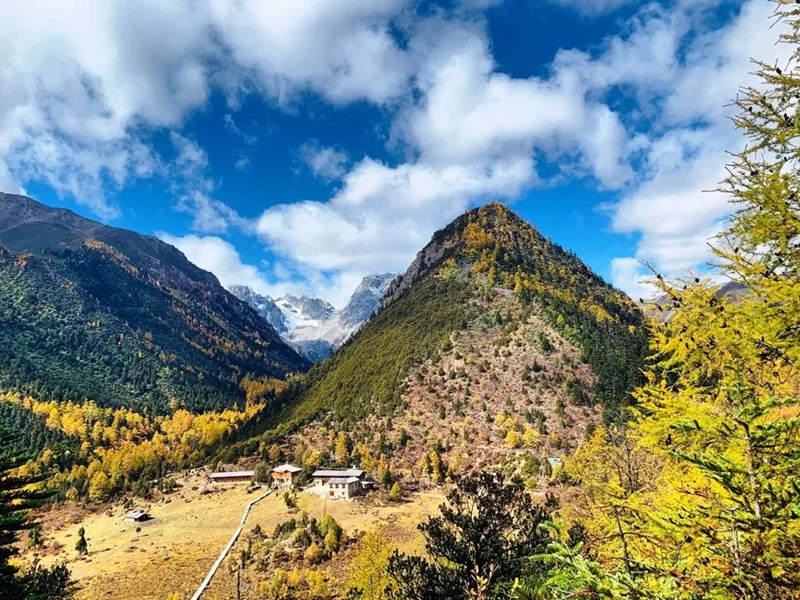 Separating the Jinsha River from the Lancang River, the Baima Snow Mountain also blocks the cold current from the northwest, giving birth to Quzonggong: a paradise where wild animals and plants thrive.

As a miniature of the compound ecosystem in Shangri-La, the Baima mountain area features snow-capped mountains, rivers and lakes, alpine meadows, rolling rocks and virgin forests. 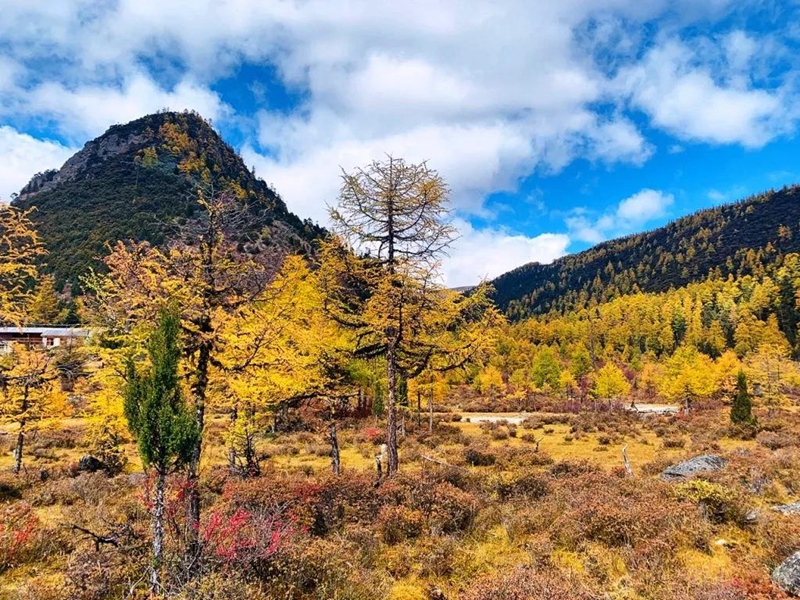 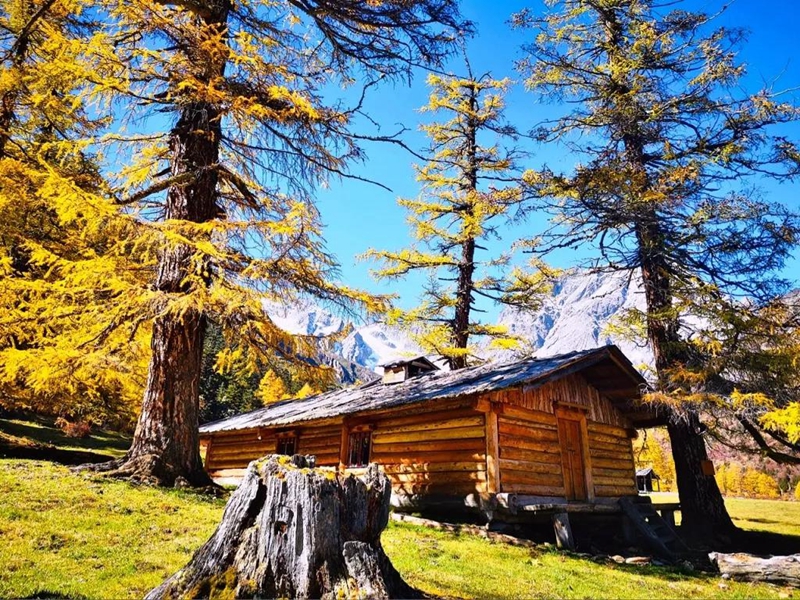 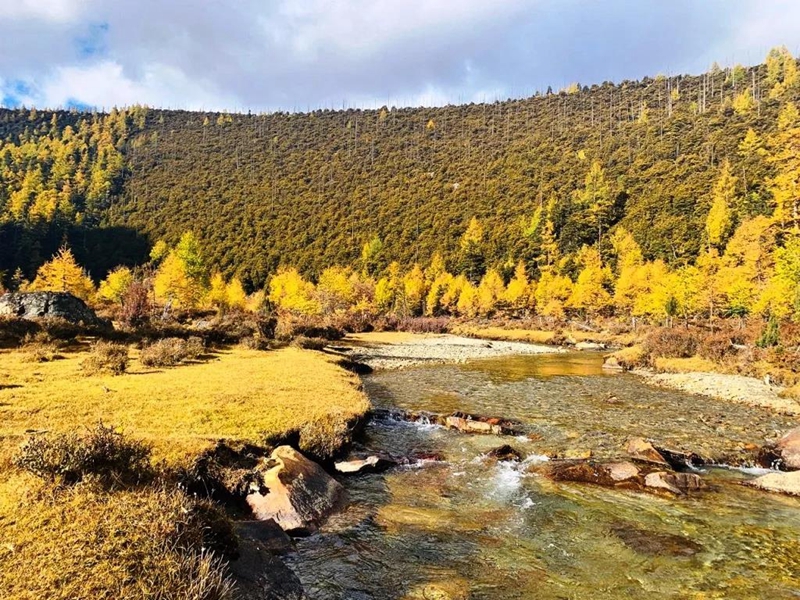