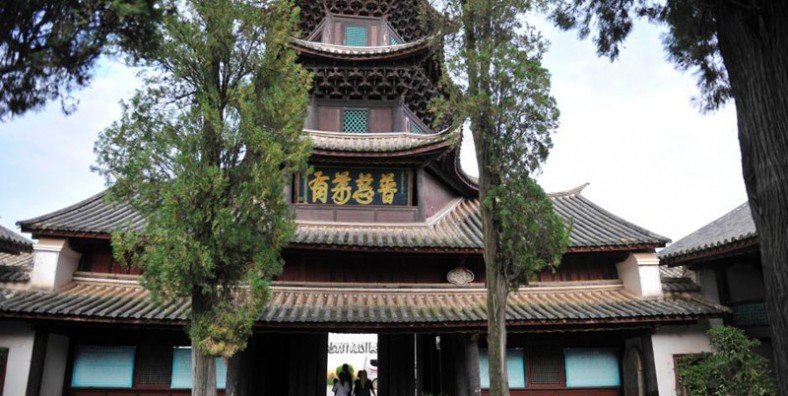 Built in Yongzheng Period (1722-1735) of Qing Dynasty, Tuogu Mosque is one of the five ancient temples and one of the ten mosques in Yunnan Province. Covering an area of 4,000 square meters, it is located about 10 kilometers east of the county seat of Ludian county.

Approximately 10 kilometers to the east of Ludian County is Tuogu Village of Taoyuan Muslim Township. Within the village is the Tuogu Mosque which has a history of 234 years. Tuogu is Yunnan province’s relatively large Hui ethnic community, which is a Hui autonomous township in Zhaotong Municipality. Founded in the Qing Dynasty in 1730 A.D., it was surrounded by shady trees, fields, and hills and boasted a history of more than 260 years.

Built in Yongzheng Period (1722-1735) of Qing Dynasty, Tuogu Mosque is one of the five ancient temples and one of the ten mosques in Yunnan Province. According to records inscribed on steles in the mosque, in 1730, Ma Lincan and Ma Linzhi led the fundraising effort to construct the Main Hall used for religious services. Since then, the complex has undergone several renovations. With a long history, it was known as the “ancestral temple” in Yunnan province. It is a Historical and Cultural Site Protected at the Provincial Level. The mosque remained undamaged from the magnitude 6.1 earthquake which struck Ludian County on 3rd August 2014. 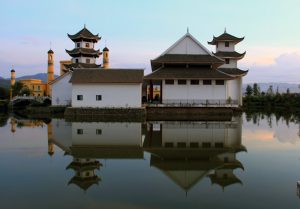 Covering a total area of about 4,000 square meters, Tuogu mosque is laid out in a typical Chinese garden style. It is composed of more than 30 pavilions, rooms and four courtyards, such as the Main Hall, Huanxing Pavilion, Back Hall, and wing rooms. The Main Hall is 13 meters high, 18 meters long, 15 meters wide, and is supported by 36 pillars. It can hold up to 300 people praying at the same time. The Huanxing Pavilion(唤醒楼) is exquisite and well constructed, and has become the most eye-catching part of the mosque. “Huan Xing” means “to call for the neighboring Muslims for religious service”.

With a unique style of architecture, the Tuogu Mosque is a first-class mosque in Yunnan province, second to none among the 100 mosques in Zhaotong. It amazed people with its building techniques and scientific and reasonable structure. However, the mosque has no nails, no wedges and no buckles. Surprisingly, it’s remained intact after several earthquakes.