Dongba, the paper that never crumbles 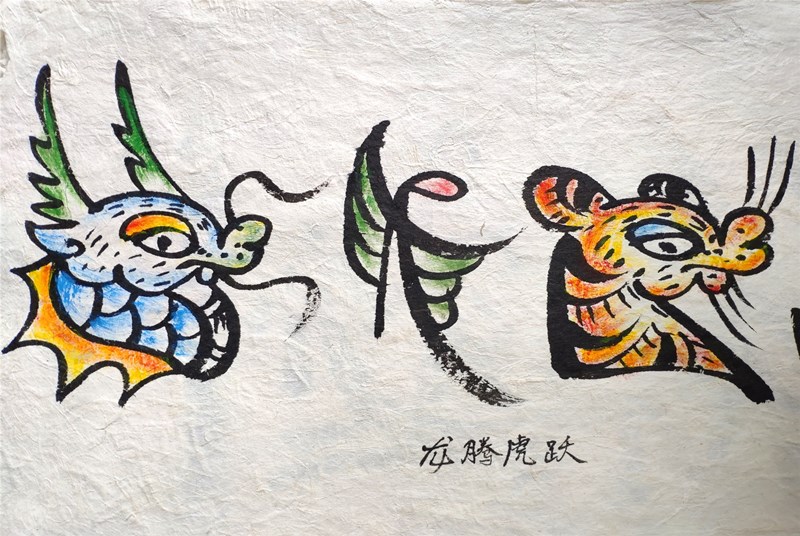 Featured primarily by its rough and slightly tawny surface, Dongba paper is a seemingly humble existence, relative to papers of modern era. But in Lijiang, the historical and cultural hub of northwest Yunnan, artisans of the Naxi are still passionate about learning and inheriting traditional techniques of making Dongba papers – which have been hailed as paper’s “living fossils.”

Dongba paper takes a rather special role in the cultural and spiritual life of Naxi people, the dominant ethnic group of Lijiang. For centuries, local priests have been drawing and writing sacred scriptures of Bön – a pre-Buddhist religion native to Tibet – on these papers with their own pictographic characters. Hence, they are considered an important vehicle to convey and spread the Naxi history and culture. What is more surprising, however, is the fact that Dongba paper can remain intact and usable for thousands of years without the concern of being decomposed. That’s why it is called the “paper with a longevity of millennia.” 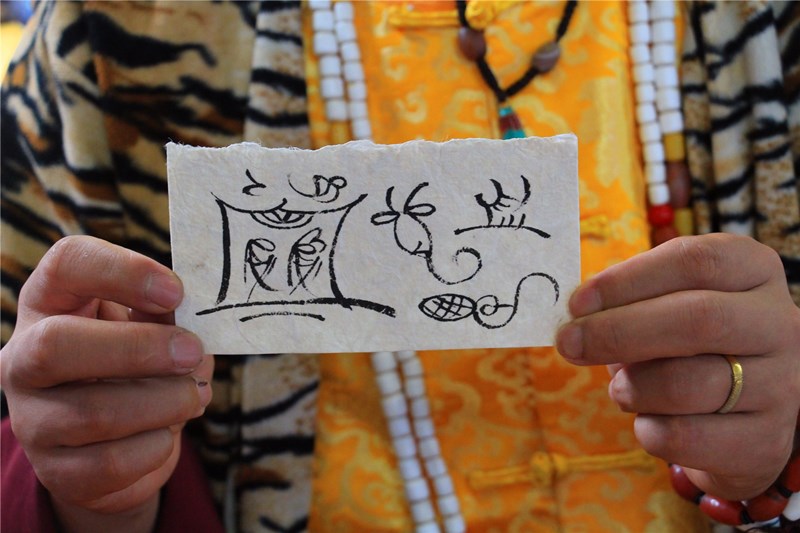 Different from white printer papers we now use on a daily basis, Dongba paper looks yellowish (like the papyrus of ancient Egypt), and does not feel smooth and even when you touch it. According to He Huaqiang, Dongba papers are made from canescent wikstroemia, a locally-grown shrub. Having been learning with a few elder masters for years, Mr. He is a famed inheritor of Lijiang’s traditional paper-making techniques. “Stalks and leaves of the plant can still be seen, if you scrutinize the paper under sunlight,” he said.

Manufacturing Dongba paper is a fairly sophisticated process, involving several steps. Paper makers have to remove those black skins of the shrub first. The white plant left inside then needs to be boiled in hot water for a few hours. During this time, He Huaqiang and his peers must sit by the stove to keep the fire stable and constant. “Temperature is the key,” he said. “Heat has to be carefully controlled, because this is the premise for making exquisite Dongba papers.” 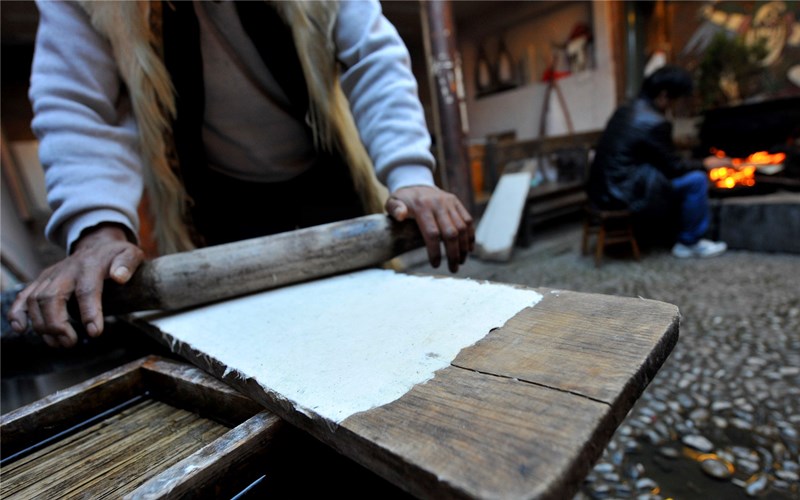 After being boiled, fabrics of the plant would turn exceptionally soft. The following processes include hammering, soaking, stirring, drying and eventually rolling. And it’s worth mentioning that all these steps above have to be done by hand.

He Huaqiang has been keen on popularizing the ethnic culture of Naxi people. His products gained much popularity during the 2019 Creative Yunnan Culture Industries Expo between August 8 and 12. “These yellowish papers look very special and they feel like barks when I put my hand on them.” said Zhang Ning, a Kunming citizen who attended the expo.

In terms of the question whether Dongba papers can really keep their shapes for thousands of years, He responded confidently that canescent wikstroemia is a special and sometimes even magical plant, because it contains a toxin which could effectively inhibit the growth of bacteria, and this would not affect people’s health after processing. “That is what I call the secret of Dongba paper”.