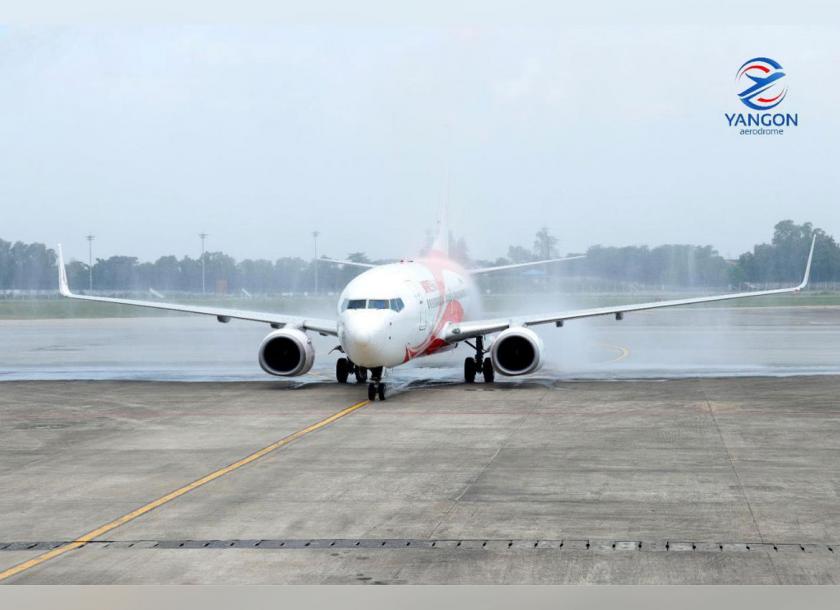 Ruili Airlines will be flying four times weekly on Mondays, Wednesdays, Fridays, and Sundays from Yangon International Airport (YIA) to Dehong, the airport said in a statement. The airline will be flying a Boeing 737 aircraft which can carry up to 144 passengers.

With the addition of this new route, YIA is now operating flights to 34 international destinations with services from 36 international airlines.

Dehong is situated on the China-Myanmar border and known for its Hinayana Buddhist temples, stretches of Banyan trees, and the Dai ethnic group. The Dai ethnic group celebrates a festival similar to Myanmar’s Thingyan and splash water for 3-4 days in April.

YIA is seeing a passenger increase of more than 6 percent over the last 12 months due to new routes mainly from the Chinese market.

Passenger traffic at the main aviation gateway of Yangon increased to 4.6 million in the first nine months of 2019, 6.5pc higher than the previous year.

As tourism is badly affected by the northern Rakhine crisis, the government has granted visa-on-arrival arrangements for citizens from six Western countries this year, after relaxing the visas for six territories in 2018.

Tourists from Australia, Germany, Italy, Spain, Switzerland, and Russia have been given visa-on-arrival access for US$50 each at Yangon, Mandalay and Nay Pyi Taw airports, starting this month.

Last October, tourists from Japan, South Korea, Hong Kong, and Macau were granted visa-free entry into Myanmar, while Indian and Chinese nationals were given visas-on-arrival. These arrangements have been renewed this year.