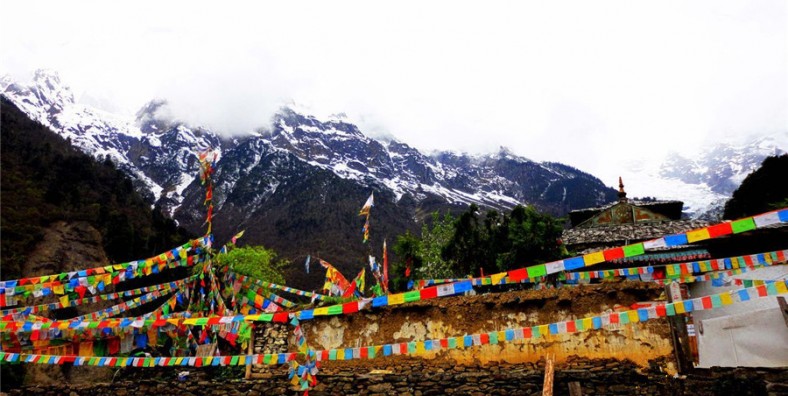 Located at the foot of Meili snow mountain in the midwest of Deqin county, Mingyong village is a typical Tibetan village in the northwest Yunnan plateau.

Best Time to Visit: From December to February

Why is Mingyong Village So Special?

Where is Mingyong Village – Location

Mingyong village is located at the foot of Meili snow mountain in the Midwest of Deqin county, Diqing Tibetan autonomous prefecture of Yunnan province, the south facing Lancang river and the west closing to Kawakbo mountain. It is under jurisdiction of Sinong Village, Yunling Township, Deqin County.

In the village, there are still well-preserved Tibetan-style Tuzhang house, built along the hillside, which looks very spectacular from a distance, with ethnic characteristics in a close view. The four walls and the roof of the house are built with earth, with square door, most of three floors. The ground floor is used for livestock keeping, second for living room and the third for storage.

With the travel boom of Shangri-la of Diqing prefecture and the declare success of world heritage “Three Parallel Rivers”, more tourists come to Mingyong Glacier for sightseeing. Since 1998, cavalry transport serves the people from the county seat to the village. It’ll take about 1 hour from county seat to the village. Tourists can take a horse-riding up the hill to see the Mingyong Galcier. Since 2000, the number of visitors has doubled every year. Mingyong village has built one agritainment after another, receiving thousands of tourists from home and abroad, which is reputed as a tourist village. 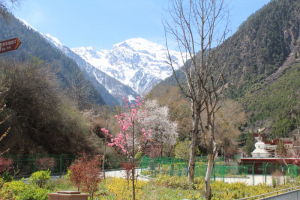 Meili snow mountain is the most spectacular snow mountain cluster in Yunnan. Moreover, there are rare medicinal materials in the mountains. Meili Snow Mountain literally means “medicine mountain” in Tibetan.It is famous for the “thirteen peaks of Taizi Mountain”. Actually, this is not the exact thirteen peaks, but the general designation of many peaks, just taking the auspicious number in the Tibetan language “thirteen”. Among them, Kawakbo is the highest peak in Yunnan with the height of 6,740 m.

Deqin County is about 182 kilometers from Shangri-La city. Tourists can arrive at Shangrila city first and then take the bus or car-rental to Deqin. At Deqin Bus Station, there are unregular scheduled bus running to Mingyong Village. It takes you about one hour to drive there. And you can also rent a car directly to Mingyong Village from Shangrila.

Another way to get there is to take a bus to Feilai Temple from a number of nearby destinations: Kunming, Dali, Lijiang (albeit, via Shangri-la), and Shangri-la itself. Then rent a car to Mingyong village. Due to lots of tourists going to Mingyong Glacier, you can share a car with others for the money saving.

Yubeng Village in Deqin County, Shangrila
Yubeng is a secluded small Tibetan village tucked away at the foot of Meili Snow Mountain in Deqin county, the northwestern corner of Yunnan Province. It is only accessible by foot or horse/mule. But the trip, however arduous, is worth it. Yubeng is divided into an upper and a lower section. Both parts offer fabulous views of the Mei Li Snow Mountains. Lower Yubeng is smaller, quieter and closer to the lakes and waterfalls that you will likely visit during your stay.

Lancang-Mekong River Grand Canyon
It is called the Lancang River after it reaches Changdu. The river runs south until it leaves China at the Nanla Bayout of Yunnan Province and therefrom changes its name from the Lancang River to the Mekong River. The river finally empties into the Pacific Ocean in the south of Ho Chi Minh City of Vietnam. 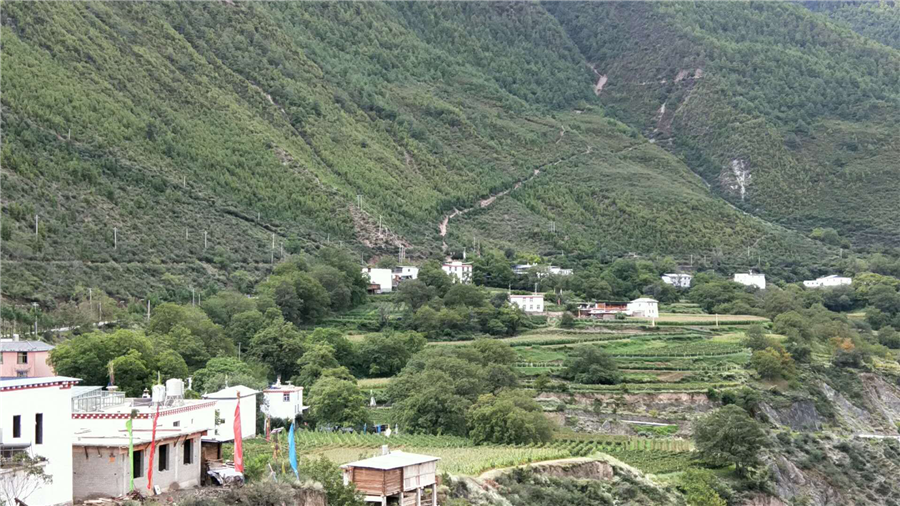 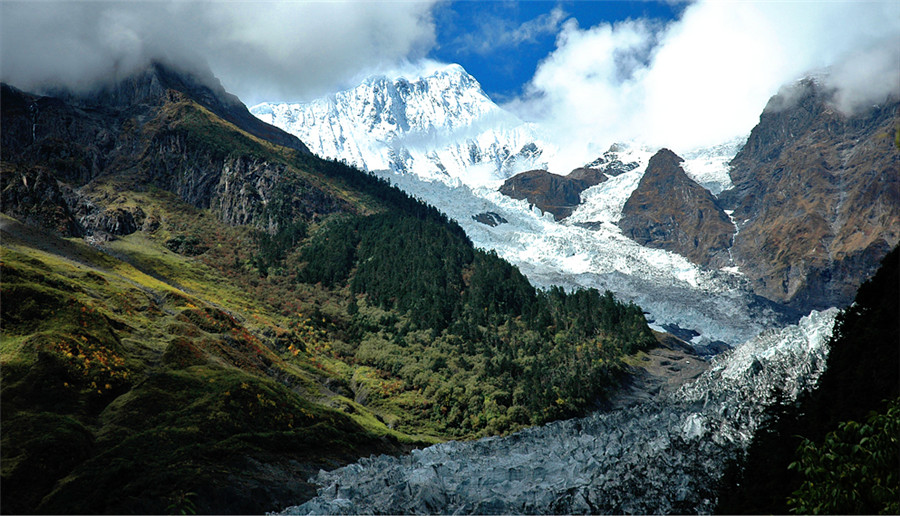 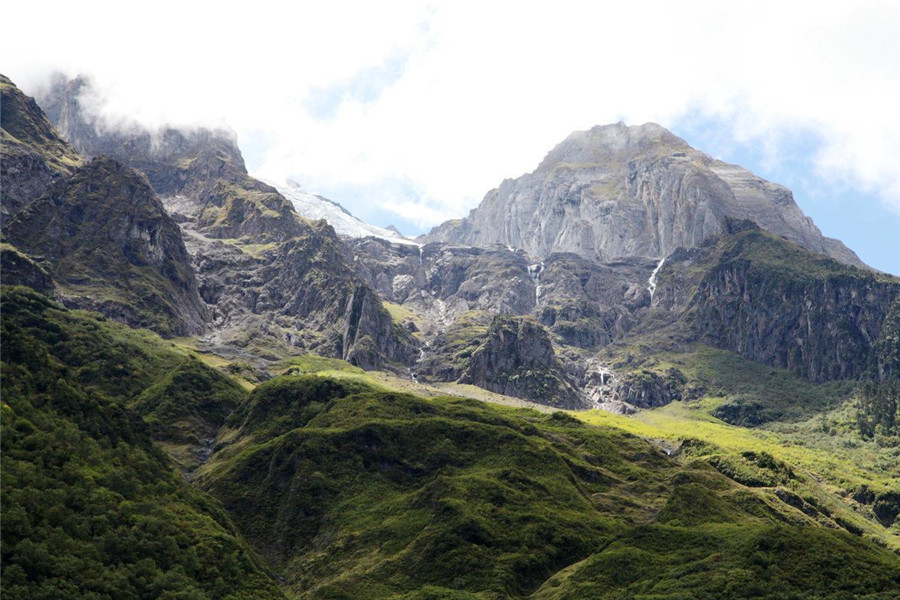 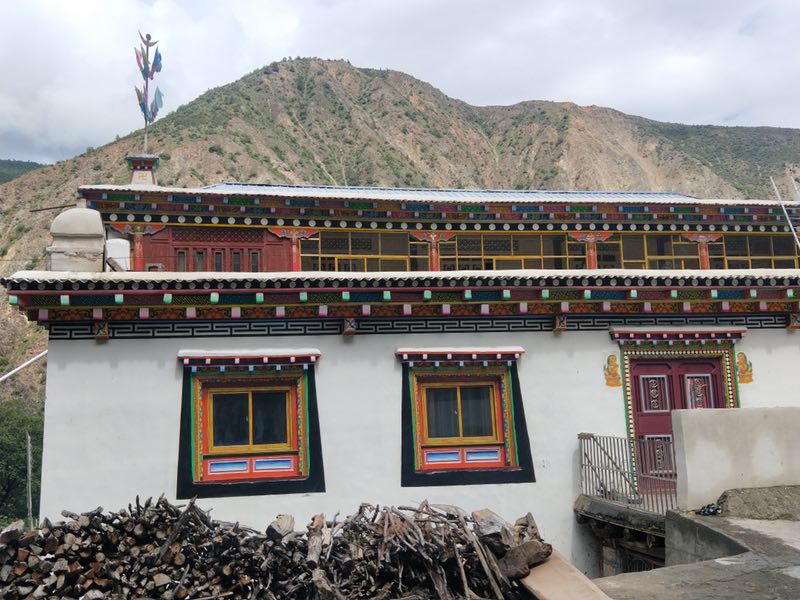