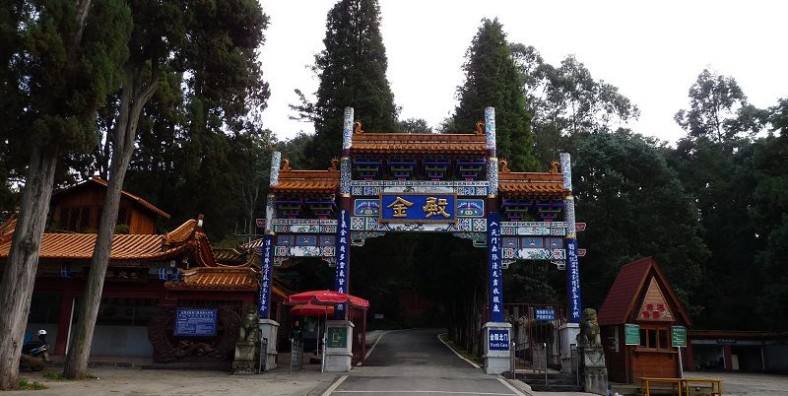 Why is Golden Temple so special?

Golden Temple is the biggest and heaviest as well as the best preserved copper temple in China. It is a key national cultural and historical relics. The whole temple reflects the excellent metallurgical and casting technology more than 300 years ago in Yunnan.

the History of Golden Temple 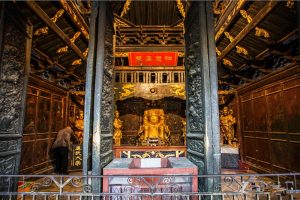 What to See in Golden Temple 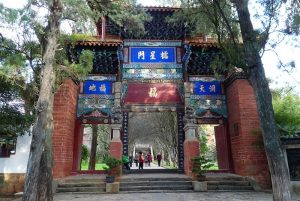 Started from the Yingxian Bridge at the foothills, passing the first door, second door, third door to the platform as high as 1000 meters above and there is a castle type building, towers, the crenel walls in the city wall, Taihe palace in the city.

The Bell Tower was constructed in 1983. In the middle of the tower hangs a copper bell which is 3.5 meters high, has a circumference of 6.7 meters, and weighs 14 tons.The bell, cast in 1423 A.D., the 21st year of the Yongle Period of the Ming Dynasty, was previously installed in Xuanhua Tower at the south gate of Kunming. It ranks fourth on the list of ancient bells in China.

What to Do in Golden Temple?

The famous Golden Temple is part of the Taoist Taihe Palace, founded by Yu Ming for 30 years, and restored by Wu Sangui. Tourists can enjoy the rich culture of Taoism here. 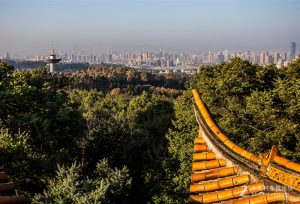 Golden Temple enjoy thousands of pots of camellia, also known as camellia, is one of the eight famous flowers in Yunnan, its cultivation history has been more than 500 years. Yunnan is called the hometown of camellia. Camellia is also the city flower of Kunming. In late winter and early spring, a hundred flowers still sleep and leaves fall, but the camellia puff in full bloom.Golden Temple’s camellias welcome the tourists from all directions.

From March to October is the best time to travel, in the spring and summer the scenery is the best. The scenery in winter is simple, and it is not very good to visit as in other season.

How to Get Golden Temple?

It takes tourists about half an hour to get Golden Temple from downtown of Kunming.

Except Golden Temple, you also can enjoy other fascinating attractions nearby.

Western Hills boasts an excellent environment with flourishing flowers and dense forest, providing tourists an excellent environment to enjoy the tranquility and marvelous scenery. They have also been given another name – ‘Sleeping Beauty Hills’ for the hills because its skyline looks like a beautiful young lady laying beside Dianchi Lake with her face upward and her hair trailing into water

Top 3 Golden Temple chosen by most customers to explore Golden Temple in the best way. Check the detailed itinerary, or tailor your own trip now with us. We provide some tour routes for tourists to choose.

1. Food preparation: Meals are available in the scenic spot. To have a good time, it is recommended to bring some dry food and drinking water, the amount depends on your needs.
2. Do not deliberately destroy the building in the Golden Temple.

8 thoughts on “The Golden Temple, Kunming”