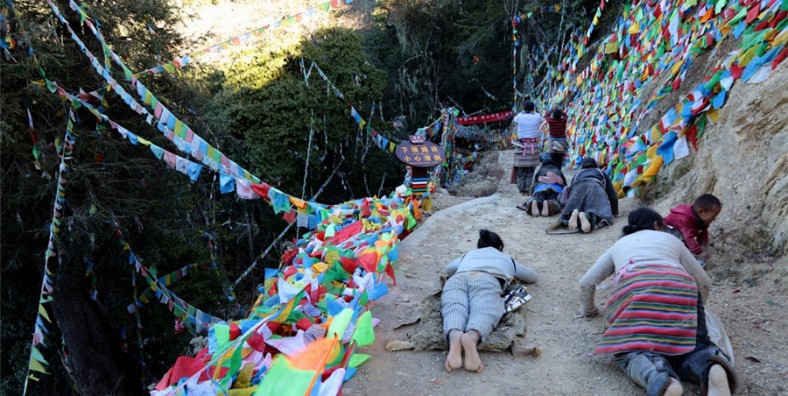 Dharma Cave is a Buddhist holy land, located in Qizong Village, Tacheng Town, Weixi County. Dharma Mountain is 6 kilometers from the village, also named as Aluo Mountain where there is an ancient temple at the altitude of 3080m.

Dharma (Bodhidharma) Cave is located on Xiangbi Mountain (Elephant Trunk Mountain) in Qizong Village, the joint place with Lijiang, Shangrila and Delin, 15 kilometers from Tachen of Weixi County. Dharma Mountain is 6 kilometers from the village, also named as Aluo Mountain where there is an ancient temple at the altitude of 3080m. Dharma Cave is on the cliff of the mountain. which is originally a cavern.

Where is Bodhidharma Cave – Location

According to the Folklore, Dharma, who was a religious Buddhist, traveled from India to this place where he lived in the cave to strive for Buddhas for 10 years.  At last, he became the Buddha. Thus, the cave is named Dharma Cave, a holy place for pilgrimage. For cherishing the memory of Bodhidharma, in 1151 local Buddhist followers built the way to the cave and built up a temple on the cliff, it took nearly 30 years.

In the late Qing dynasty, the scripture hall and monks‘ apartment were began to built. It’s said that it lasted 30 years. Today’s Dharma Cave was rebuilt after 1980 by the people’s government at provincial, state and county levels and the believers’ donations. 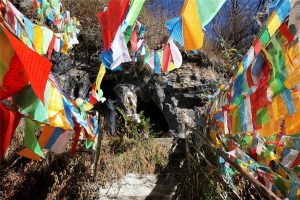 Temple
In Dharma Cave, there is a temple built with wood against the cliff and shaped after the cave, forming a unique view of a stone cave being the monks’ dormitory.

The tall and green trees cover the mountain, during the periods of March and April the azalea and camellia are blooming everywhere. On the top of mountain you can see the Jade Dragon Snow Mountain, Haba Mountain and Biluo Mountain, as well as the Jinsha River.

Activities
Every April of Lunar Year calendar, the Bodhidharma Temple will hold Shifo Festival to worship Dharma with the desire to get rid of calamities and bring happiness, and monks will dance “Qiangmo”. There are lots of visitors on Bodhidharma Mountain, which is quite hilarious. On the “Kudong Festival” of November, the monks will dance mask dance lasting a day. 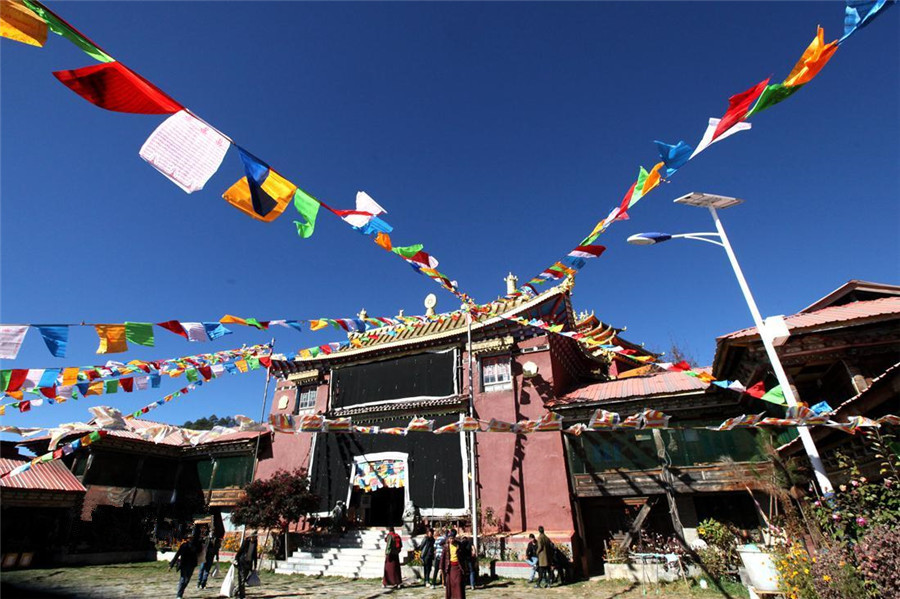 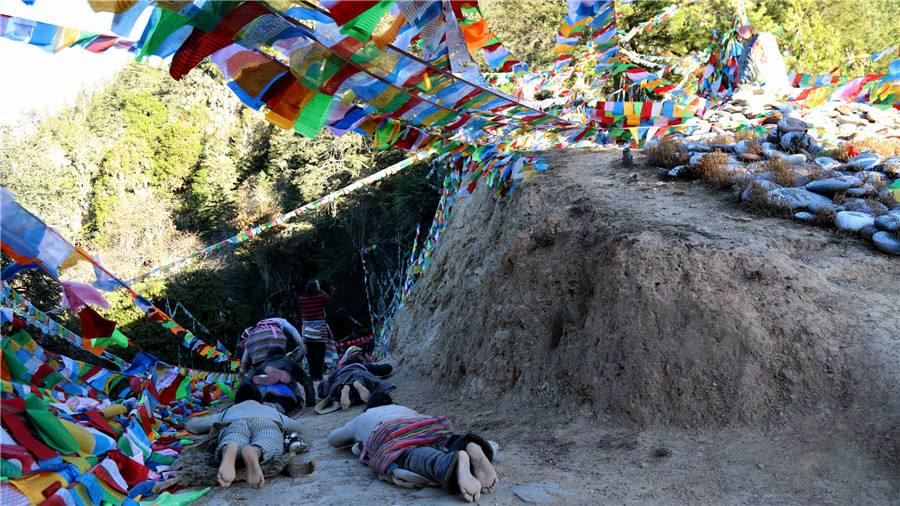