The Cluster of Volcanoes in Tengchong County, Baoshan 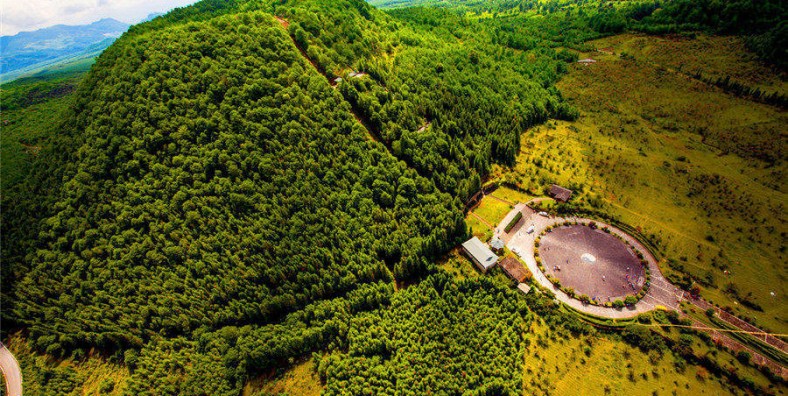 The Cluster of Volcanoes in Tengchong County 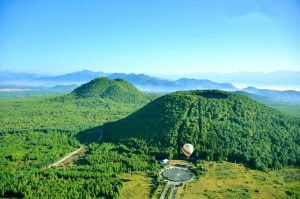 Tengchong Cluster of Volcanoes is located in Tengchong and Lianghe County in the southwest of Yunnan Province. It is one of the four major volcanoes in China and has 97 volcanoes. The entire volcanic group covers an area of 221.36 square kilometers. The special geological structure has formed the unique volcanic landform, covering volcanic cones, volcanic caves, lava fields, volcanic lakes, dammed waterfalls etc. The volcanoes group is fantastic in terms of the large scale, diversity, integrity and good preservation. It enjoys high scientific research and ornamental value, and is known as the “Volcanic Geology Museum”.

Why is Cluster of Volcanoes so special?

It is one of the four major volcanoes in China and has 97 volcanoes. The first phase of the park completed the development of the main body of Dakong Mountain, determined the scope of protection, made scientific development and utilization on the basis of protection, and built a unique volcanic park.

How to get to Cluster of Volcanoes of Tengchong?

Take a tourist bus from the county seat, 5 yuan per person

Take No.6 bus to Sanjiaodi, then change mini-bus to the Cluster of Volcanoes

Take taxi to it, 60 yuan for the round trip.

Tengchong is located between the India Plate and Eurasia Plate, where crustal movements are active, earthquakes frequently happen and volcanoes often erupt. There are about 90 conspicuous cones now. Among them, 22 craters remain intact. Around the craters is a combination of scabland, volcanic cinder and volcanic flow, forming a wonderful view- the cluster of volcanoes in Tengchong. Tengchong volcanoes rank first in China in terms of their variety, size, good preservation and compact distribution. The Tengchong Basin is surrounded by a group of young dormant volcanoes, of which the most famous are Mount Dayinshan, Mount Maanshan, Mount Guipo, the Laifeng Hill, Mount Dakongshan and Mount Xiaokongshan. 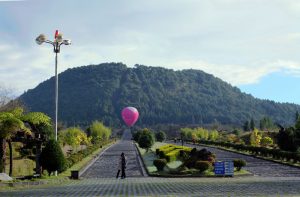 Mount Dayinshan is known as “the First Volcano” in Tengchong. The mountain is a conic volcano, of which the crater has a diameter of 300 meters and a depth of 100 meters. Mount Maanshan, which is 5 kilometers west of the county seat, is a conic volcano, whose top seems to have been cut off, thus looking like a saddle. Likewise, Mount Guipo is also a conic volcano with its top cut off. Mount Dakongshan, Mount Xianokongshan and Mount Heishan stand in a line from north to south, with a distance of 1,000 meters between them. Their craters range in diameter from 300 to 400 meters and have a depth of several dozen meters. Around the craters there are some black, or red pumice stones which are very light and will not sink into water, so they are called “floating stones”. While visiting the cluster of volcanoes in Tengchong, you will feel how wonderful Nature is, and such feelings can be hardly obtained in any other place.

Graveyard of the National Heroes

The Graveyard of the National Heroes (国殇墓园) constructed to honour the martyrs at the battle of recovering Tengchong lies in the west of the county seat at about 1 kilometre’s distance. The construction was started in 1944 and completed on the 7th of July, 1945. It was Li Genyuan who called for the construction of the memorial graveyard. Covering over 10,000 square meters, the main structures are the memorial tower, the martyrs’ tombs, the memorial hall and the gate.

Tengchong Rehai Hot Spring Scenic Area, commonly known as Rehai, is located in Qingshui Township, southwest of Tengchong County, about 10 kilometers from Tengchong County. There are more than 80 hot springs in the this area, offering the water over 90 °C. You can see the hot springs screaming everywhere, making the scenic area foggy. Rehai Hot Spring provides soft water in high temperature and high salinity, which are beneficial to the health. It is the best place for geothermal therapy in China.

The wetland is surrounded by mountains, located in a special geographical position, and is a typical subtropical volcanic lava barrier lake marsh wetland. The reserve features a “floating blanket style” marsh, complex biodiversity and high productivity. The reserve is not only a garden of national protected plants like Brasenia schreberi and wildwater chestnuts, but it is also a paradise for water birds.

A hot balloon is available at the foot of the mountain, which operates if three or more people will take it. It takes 200 yuan per person for 10 minutes.

The electric cars run in scenic spot, 10 yuan for one trip and 15 for round trip.

4 thoughts on “The Cluster of Volcanoes in Tengchong County, Baoshan”