Tsampa or Tsamba/Zanba (Tibetan: རྩམ་པ་, Wylie: rtsam pa; Nepali: साम्पा; Chinese: 糌粑; pinyin: zānbā) is Roasted Highland Barley-Flour Dish, a Tibetan and Himalayanstaple foodstuff, particularly prominent in the central part of the region. It is roasted flour, usually barley flour and sometimes also wheat flour. It is usually mixed with the salty Tibetan butter tea. It is also eaten in Turkestan and Mongolia, where it is known as zamba.

Zanba is the main food for Tibetan people and is divided into several kinds: highland barley Zanba, pea Zanba and mixed Zanba. Zanba is nutritious and is easy to carry about. It is the most convenient food for the Tibetans living in plateau. When they go on a long journey, if they bring a bowl or Zanba bag, Zanba, butter and dry milk residue, no matter where they are, they can use water instead of buttered tea to make a meal of fragrant and nice Zanba without lighting a fire to cook. Zanba is made by drying highland barley in the sun, parching the barley and grinding the barley into flour in water mill. It is ground into coarse or fine flour according to different flavor, and it also can be ground into refined Zanba by removing the bran The way of eating it is: pour a little buttered tea into a bowl first, add some butter, fine milk residue and white sugar into it, and then put the Zanba flour into the bowl. Then hold the bowl with the left hand, mix them with the right hand in the bowl to and fro, and mould them into small balls for eating after they are mixed thoroughly. 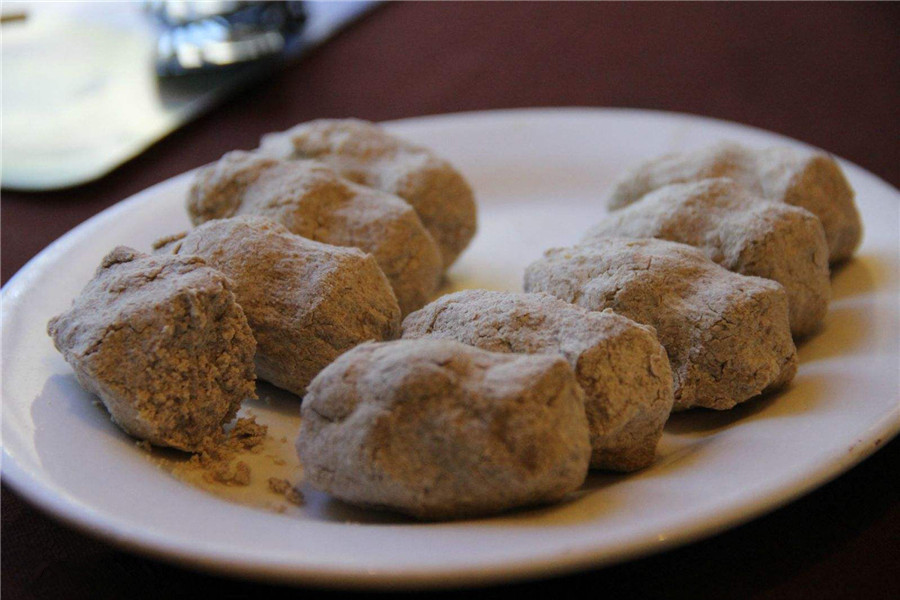 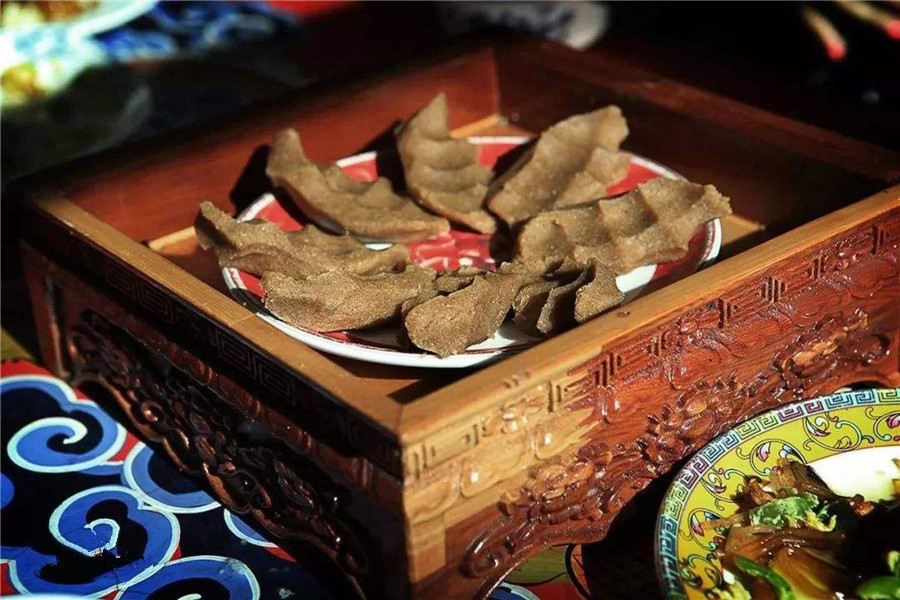 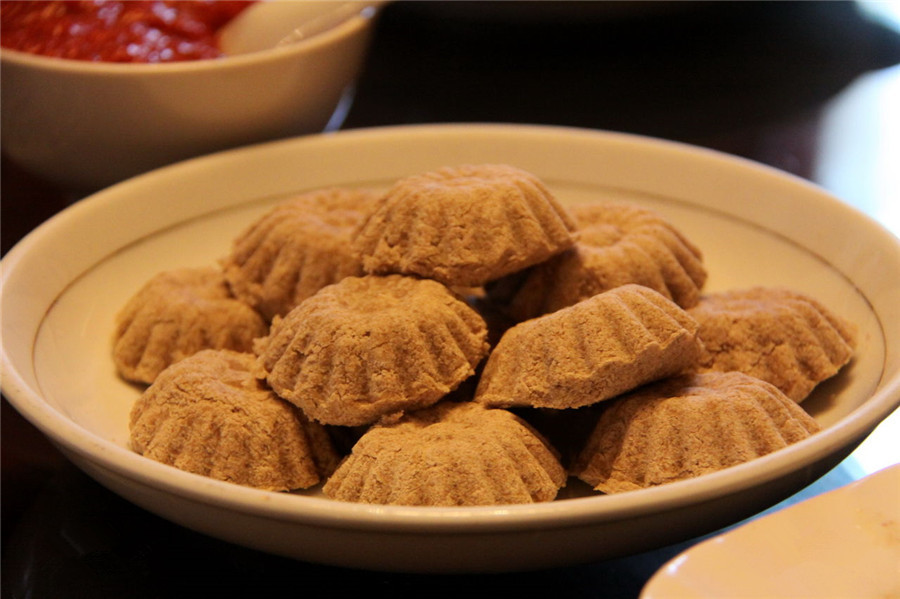